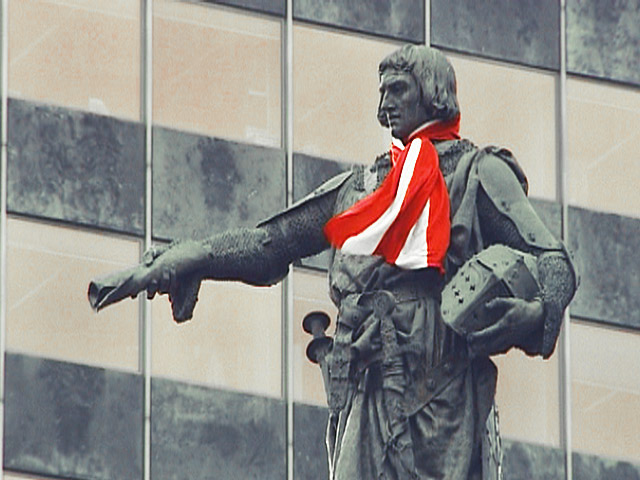 The “Declaration of Aiete” outlines proposals for strengthening French Government-ETA dialogue, dealing with the consequences of the conflict and providing a legal, political and institutional framework for the Basque Country of France.

The International Conference of Aiete was held on October 17, 2011 in San Sebastian. The result of this conference was the “Declaration of Aiete” signed by international leaders known in the treatment and resolution of conflicts in the world.

As elected representatives of the French Basque Country (*) for some, as political party representatives for others, we have approved, in our own name or in the name of our organizations, the Declaration of Aiete and the different items that it contains, as a transitory and legitimate roadmap to bring peace. This has brought us to meet and work together ever since, united by a strong commitment to contribute to the peace process that was initiated after the ceasefire declaration of ETA on October 20, 2011.

During this dialogue process we have worked on the different items of the Declaration of Aiete and we have analyzed what could be our contribution to the peace process. The document that we are presenting here reflects the consensus that we have adopted on different points. We believe that the propositions it holds can reach a large consensus in the French Basque society.

Our will is to bring a positive contribution to the ongoing process, to point out real opportunities in order to engage measures that will facilitate cohabitation and will establish the bases of an enduring peace in the entire Basque Country.

Signers of the document:

Considering as necessary the involvement of France in the resolution of the conflict, the French Government must engage in a dialogue with ETA. At first, and in order to facilitate its course, this dialogue should be kept secret. Once significant progress is noted, it could be made public.

The items to discuss during the dialogue process could be as follows:

Establishment of an ad hoc body that will rule on:

c) Measures dealing with the end of ETA’s armed activity

An agreement between the government and ETA, subject to international control, that would define and implement conditions and procedures for the disarmament and dismantling of ETA’s infrastructures in France.

2. The consequences of the conflict and reconciliation

A committee of experts like the Commission of “Truth and Reconciliation” should be put in place with the aim to bring the facts related to the conflict to light, to establish a mutual recognition of all the victims’ suffering, and to define different forms of compensation (social, economic…).

The issue of reconciliation must be addressed from the start of the peace process and should be conducted respectfully of the rhythm of each of the actors involved.

This process will require the engagement of the governments.

3. Legal, political and institutional framework for the Basque Country of France

The open debate that took place in France concerning the Acte III de la décentralisation (Act II of the decentralization) permitted to come up with the most appropriate institutional framework for the Basque Country of France: a territorial collectivity with special status. This proposal enjoys a very broad political consensus as well as a strong involvement of the civil society.

Nowadays, while important legislative amendments are still to come concerning the organization of the different institutional levels, other options are under discussion.

Surely, provide the Basque Country of France with a specific institutional framework will contribute positively to a successful enduring peace.