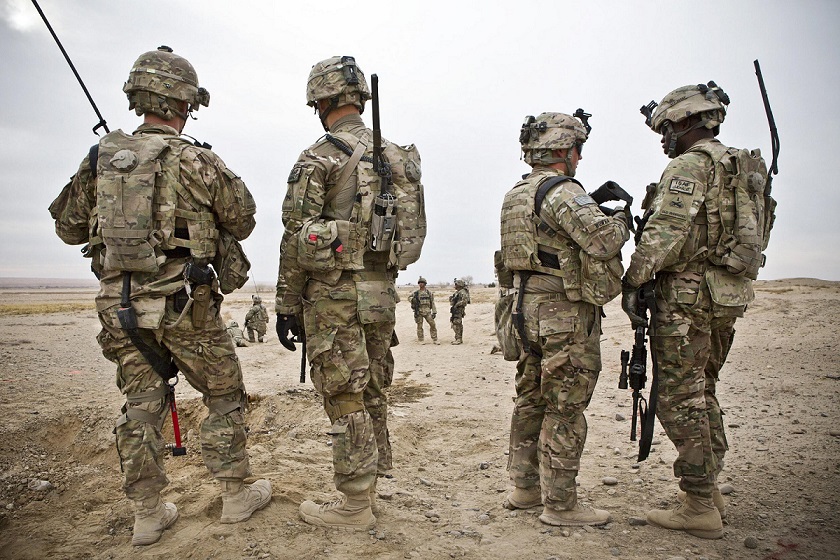 Global inequality – countries divided into “haves” and “have-nots” – leads to whole groups feeling that the “modern” world has no room for them.  They become mobilizable for identity conflicts, where the identity may be anything that explains why “we” are left out.

The West has occupied the center of world events for the last centuries.  Through “discovery” of new lands, the subsequent absorption of them into colonial empires and the use of resources from everywhere, it built the modern world.  This was an essentially biological process of expansion of the sort that has characterized our human species for the last hundred thousand years.  Often brutal, always bringing spoils to the victor.  Out of the latest phase of expansion beginning in the 15th century, the domination of the West Europeans and their New World descendants grew.  In the process, mistakes were made – exploitation, war, cultural and political imperialism – but it’s possible to argue that we didn’t really know any better; that’s the way things have always been.  One might further say that Europe just “bumped” into World War I, blundering through imperial miscalculation into the 20th century that was to come.

The Great War conceivably might have woken us up to the need to bring some rational order to the world.  The League of Nations was a nod in that direction.  But mistakes were made in the post-war period and Hitler rose to power and we endured another World War.

Along the way, an argument developed between those who believed the best way to order civilization was to allow the “invisible hand” of free-market capitalism to determine human relations and those who believed the state should do it.  The West – led by the United States – grew rather paranoid about this disagreement and mistakes were made.  While professing the belief that our system was better, we acted as if we didn’t believe it by pursuing a military strategy and foreign policy aimed at “containing” the “communists” wherever they might pop up, from the Americas through Africa and Asia.  Interventions, support for dictatorships and dirty wars followed.  The Cold War provided a simple organizing principle for US foreign policy – “us vs. them” – but eventually became one grand self-fulfilling prophecy.  If you build an enemy, it will come.

After the Soviet Union collapsed, Washington was left not knowing what to do.  Mistakes were made.  Zombie-like, the US acted as if Moscow remained the enemy and led NATO forward through the former Warsaw Pact and into the old USSR itself.  The EU went obediently along while working on its own project of building a common economy without the central institutions necessary to support it.  Faced with momentous decisions of what to do with its eastern (Russian) and southern (Islamic) flank, EU members refused to let in Turkey, made no provision for Russia (beyond becoming dependent on its gas) and finally stumbled into Ukraine.  Meanwhile, Bush, Cheney and Rumsfeld led us into the catastrophes of Afghanistan and Iraq, where further mistakes were made.  For its encore, the US – pushing its standby “policy” of support for “democracy and human rights” – led the chorus welcoming the “Arab Spring” and helping to bring disorder to Libya, Egypt and Syria

This is, of course, a very condensed version of history.  But the point I wish to make is this: after World War II – when we should have learned better – the US and its European allies have pursued a collective foreign policy based on illusion, political expediency and the belief that the answer to all problems is military.  To be sure, the US has one big, expensive military.  But as the saying goes, if all the tools in your box are hammers, then everything you meet is a nail.

US leadership of the West has made the world work for free-market capitalism (and those who benefit most from it in what Eisenhower called the military-industrial complex) while leaving festering problems (such as the Israel-Palestine dispute) and creating new ones (Syria and Iraq).  That the West relies on the US – the “indispensable” nation – is both inevitable and unfortunate.  The US is the most rich and powerful country on earth and is capable of doing great things.  But it also seems the most unable to form and pursue a consistent policy in its own – or anybody else’s – rational self interest.  The US democratic system has now reached the point of almost complete political dysfunctionalism with its current national leadership apparently clueless about how to get back on track.

The essential issue for the West – the one that underlies the many various challenges to world order we face – is inequality.  Inequality makes democracy unworkable.  Contrary to the boosters of “democratization” as the cure for most disease, democracy requires lots of resources.  Any society that doesn’t have enough to go around ends up fighting over what there is.  For some time now – even before the current post-2008 era of secular stagnation – it’s been clear that there are simply not enough good jobs to meet the requirement of all seven billion of us to earn a decent living.  Political competition through elections leading to winners and losers (democracy) – in the midst of inequality and poverty – exacerbates conflict.  Global inequality – countries divided into “haves” and “have-nots” – leads to whole groups feeling that the “modern” world has no room for them.  They become mobilizable for identity conflicts, where the identity may be anything that explains why “we” are left out.  Global inequality generates such identity conflicts – including anti-Western and Islamic fundamentalist – by providing ready enlistees for groups with extremist explanations and programs.  Fundamentalist Islam has prospered especially when tied to providing services and support when the state could not or did not.  The Arab Spring was never about democracy (Tunisia perhaps an exception) but about the frustration of those left out.

What to do? For now, the answer continues to depend upon the leadership of the United States and its allies.  What is needed is a deep think about the great issues we confront:  inequality, poverty and climate change.  Democracy and military force have little to contribute here.  The proper recipe:  equitable – if gradual – redistribution of work and resource opportunities, determined efforts to achieve sustainable economic growth, shared technology for greener energy, developed country emphasis on improving its own and transnational infrastructure, political reform of the international system, and where conflicts require intervention, determined reliance on working through the UN Charter.

As noted before, the approach suggested here seems unlikely to be accepted and pursued.  But if the US won’t get there on its own, then others will have to push it.  Or do we simply wait for the contradictions to tighten?