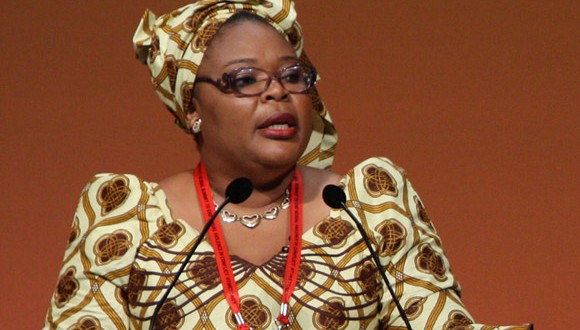 The involvement of women in rehabilitation after conflict has many advantages, foremost of which is the genuinely sustainable peace that follows. The role of women in peacebuilding is even more significant now than ever before – especially given the seemingly never-ending spiral of violence into which so many of the world’s conflicts are heading.

When the Liberian civil war was at its peak, it must have seemed like peace was impossible. But the women of the country, led by Leymah Gbowee, didn’t think so. Leymah said that “if any changes were to be made in society it had to be by the mothers” She took on the mantle of a trauma-healer, attending to children who were conscripted into the war as soldiers. After a dream where God told her to “Gather women and pray for peace”, Leymah used religion as a uniting factor, going to mosques and Churches with her friend, Asatu, a Mandingo-Muslim.

The two women soon became a group, which began to channel the involvement of more women after sharing flyers and telling other women: “We are tired! We are tired of our children being killed! We are tired of being raped! Women, wake up – you have a voice in the peace process!” With this, Leymah and her team of women began to stage sex strikes, threatening curses, and even stood outside negotiation rooms, locking all the men in until they agreed on a sustainable solution for peace. In the end, peace arrived.

Let me take you to another part of the world: Sri Lanka. War raged between the Liberation Tigers of Tamil Eelam (LTTE) and the government – and violence became an everyday affair. The war came to one woman’s doorstep, that of Vishaka Dharmadasa’s, when she found out her son was missing in action. Along with other mothers like her, Vishaka decided that the war would not see an end without a mature and sensible approach to peace. And so the Association for War affected Women in Sri Lanka was born.

These women approached the members of the LTTE – all of whom were young men. These women spoke to the LTTE as mothers, not as official peacebuilders or negotiators. They spoke to these men and shared their worry for their sons – and appealed to them as mothers, pointing out to them the fact that all of them had mothers, too, who were probably worried for their safety as well. Vishaka and her team of women told these men that they should avoid fighting – if not for anything else, at least for their mothers. The end result of this effort was a ceasefire.

Two incidents, from two women, in two different wars. But one approach: motherhood, and the inherent nurturing side of women. What Leymah Gbowee and Vishaka Dharmadasa achieved in their own country contexts is no mean feat. There are tremendous challenges in any conflict setting – but they cannot be overcome without a sensitised approach that attacks the problem on the surface and at the root.

The involvement of women in rehabilitation after conflict has many advantages, foremost of which is the genuinely sustainable peace that follows. The role of women in peacebuilding is even more significant now than ever before – especially given seemingly never-ending spiral of violence into which so many of the world’s conflicts are heading.