TransConflict Serbia and Democracy for Development (D4D) from Kosovo organized a conference in Belgrade, entitled “Opportunities and Challenges in Business Cooperation between Serbian and Kosovan* Businesswomen – Businesswomen as Drivers of Change”, as part of the on-going project, ‘Creating a New Generation of Women Leaders in Serbia and Kosovo’, supported by the British Embassies in Belgrade and Pristina, respectively.

On 30th January, a conference entitled “Opportunities and Challenges in Business Cooperation between Serbian and Kosovan* Businesswomen – Businesswomen as Drivers of Change”’ took place in Belgrade, gathering some 90 businesswomen from Serbia and Kosovo, respectively. Jointly-organized by TransConflict Serbia and Democracy for Development (D4D), the conference was part of an on-going project, ‘Creating a New Generation of Women Leaders in Serbia and Kosovo’, aimed at strengthening cooperation between Serbian and Kosovar businesswomen. The project is supported by the British Embassies in Belgrade and Pristina, respectively. In addition to over 90 participants, the conference had a high number of speakers from state institutions of the Republic of Serbia.

H.E. Dennis Keefe congratulated TransConflict Serbia and D4D on successful implementation of the project and expressed gratitude to the Serbian Chamber of Commerce for its on-going support. H.E. Keefe stated that it is extremely important to have representatives of the Serbian government, the Parliament and the Chamber of Commerce working together with businesswomen to strength economic cooperation, which can heavily contribute to political stability and overcoming existing barriers.

Ms. Mihajlović stated that, “there are many unresolved strategic issues between Serbia and Kosovo, which will at times be resolved swiftly, and at times more slowly. In the period ahead of us, however, there are relations and opportunities that can be used for the benefit of every citizen – and those are inter-personal relations – such as the initiative of and by women, for their economic empowerment and economic cooperation and binding.”

Ms. Mihajlović added that, the “responsibility of us women is huge. Whether we will make lemonade of a lemon given to us, or will instead leave it untouched, depends entirely on us. It also depends on us to what extent we move together to create a climate favourable for the inclusion of women in business and entrepreneurship. I hereby invite you not to wait for perfect conditions, because it is never perfect; there will always be obstacles, challenges and imperfect circumstances, but so what?”

Mr. Đurić emphasized that there are women on both sides who inspire other women by demonstrating that success is possible even in our society; success that contributes to improving ties between nations. Đurić stated that the Serbian government will support this project and all similar projects that aim to improve the quality of life in Kosovo, Belgrade and Prishtina.

“We are witnesses that young people from both Serbia and Kosovo leave their homes and go abroad in the search of a better life. We need to let political questions aside in order to focus on the small things that are crucial to all of us and break the prejudices,” said Djuric.

The two coordinators of the Joint Forum of Serbian and Kosovan women entrepreneurs, Vjollca Zequiri and Vesna Rusic, were adamant that the Forum should offer information, networking and consultancy; whilst stressing that not only entrepreneurs, but also women from the civil sector, are welcome to join. 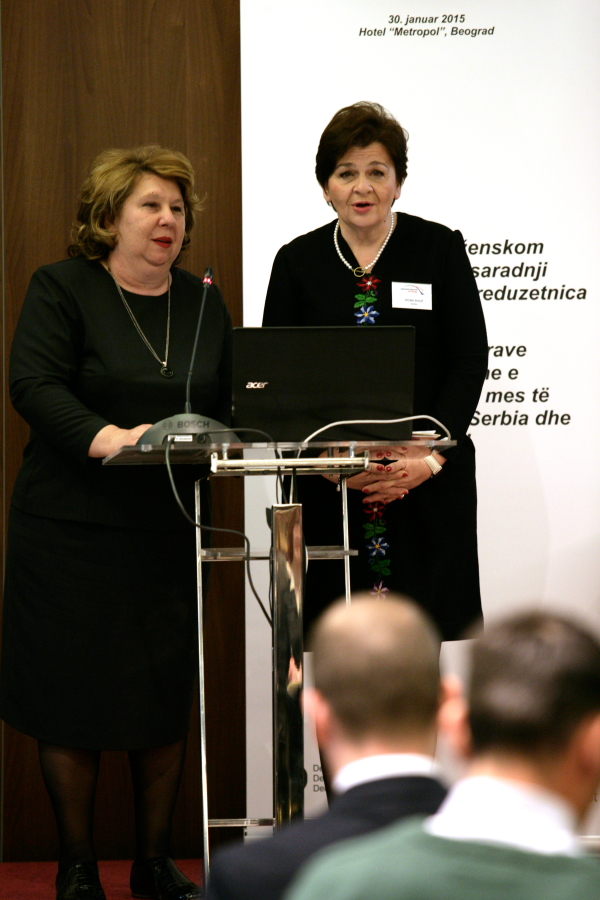 The first panel, entitled ‘Advancing dialogue in the area of business/economic cooperation’, was moderated by Ms. Radmila Mihajlović of the Serbian Chamber of Commerce. Mr. Marko Čadež, President of Serbian Chamber of Commerce, stated that women entrepreneurs have managed to overcome all barriers in this sensitive moment, showing that they see further ahead than some other parts of the society. Mr. Čadež said that the problems entrepreneurs face are very similar throughout the region, and that strengthening female entrepreneurship has an important peacebuilding aspect for the Balkans.

Gordana Čomić, an MP in the Serbian National Assembly and a member of the Women’s Parliamentary Network, stated that improving dialogue is the key for the peace in the Western Balkans, as without dialogue there are conflicts. She mentioned her participation in the dialogue of women politicians, during which a decision was made to put aside all differences and focus on similarities. According to Ms. Čomić, “women’s entrepreneurship is similar in both societies – women have no property, and without property you cannot implement your idea. The luxury is to insist on differences in the dire situation we find ourselves.” 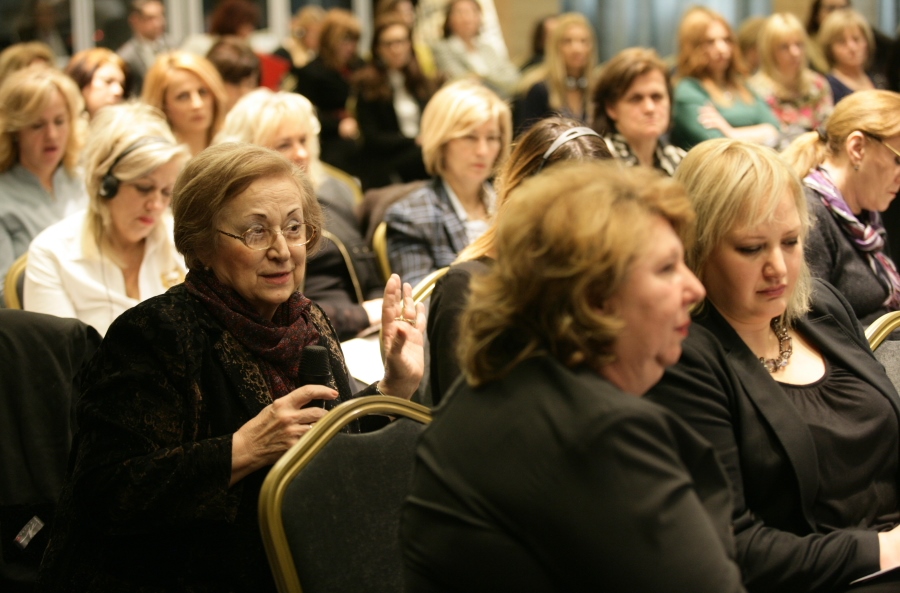 Mr. Miloš Ignjatović, from the National Agency for Regional Development (NARR), spoke about the women’s entrepreneurship financial support programmes offered by NARR, plus a program designed to improve business competitiveness throughout Serbia.

The second panel, entitled ‘Obstacles in business cooperation between Serbian and Kosovar* businesswomen – changing the trend through empowerment of businesswomen’, was moderated by Mrs. Ljubica Marković, from the Association of Businesswomen “Eve” and Institute for Sustainable Development, Faculty of Business Studies, Valjevo.

The first panelist, Mrs. Dubravka Filipovski, of the Women’s Parliamentary Network, mentioned that the Network has regular meetings with associations of business women and entrepreneurs in Serbia, through which they learn about the problems business women face and how legislation can be amended to resolev them. Mrs. Filipovski argued that there is a trend towards an increasing number of female entrepreneurs, however it is still at a rather law level.

Mrs. Lendita Kastrati, of the Women’s Chamber of Commerce of Kosovo*, compared the situation of female entrepreneurs in Kosovo with Serbia, as the number of women entrepreneurs stands at 11% of the total. Only about 8% of all women inherit property from their parents, and only 5% of women are able to obtain bank loans. 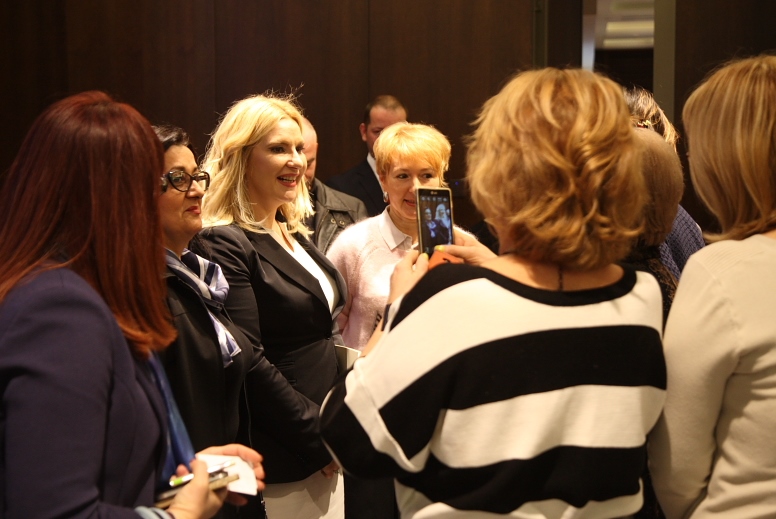 Mrs. Jelica Minić, from the European Movement in Serbia, congratulated the implementing organisations for the creative and thoughtful implementation of this initiative, stressing that it contributes to both the Serbian and Kosovan path towards the EU. Mrs. Minić stated that, “there is a renaissance of cooperatives in the region, especially in the domain of SMEs. However, the visibility remains the challenge, on national, regional and European level.”

Mrs. Olivera Pantović, from the Association of Business Women of Serbia, stated that one of the Association’s most important projects resulted with a Memorandum of Cooperation between entrepreneurs and Serbian MPs. Mrs. Pantović also pointed out the utmost importance of public advocacy for female entrepreneurs, as a way of improving their visibility and influence in the public sphere. 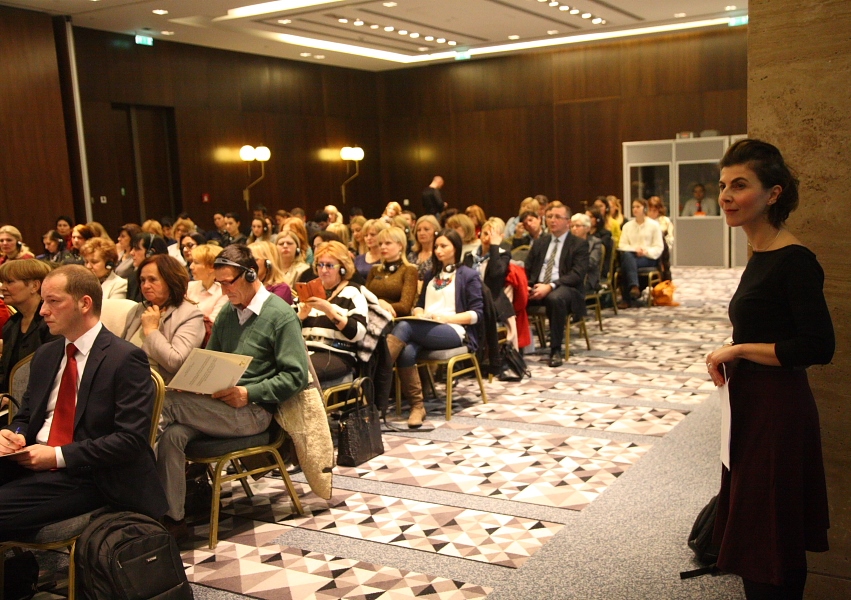 Mr. Dušan Korunoski, Advisor to the Minister of Economy, stated that “women entrepreneurship is the most successful in those societies where gender equality is highest, i.e. where the opportunity gap is the lowest. What we can work on here is reducing the existing gap.” Korunoski also added that “68% of women entrepreneurs are entrepreneurs out of need, and only 32% chose entrepreneurship freely.” Mr.Korunoski mentioned that the sixth pillar of the National Strategy of SME development is the strengthening of female, youth and vulnerable groups’ entrepreneurship”, which gives hope that the potential of entrepreneurship will be more acknowledged and adequately facilitated.

The conference concluded with the presentation of best practice examples, such as cooperation established between Ms. Marina Milović and Ms. Elvira Gruda, Serbian and Kosovar honey producers, respectively, who spoke about existing obstacles and difficulties in creating business cooperation between Serbia and Kosovo.

Finally, Ms. Marija Vesković gave a short presentation about the Regional Chamber of Commerce Kruševac – which has demonstrated a strong commitment to this project – as well as business/economic potential of that region.

Please click here to learn more about the previous conference in Pristina, entitled ‘Empowering female entrepreneurs in Serbia and Kosovo.’