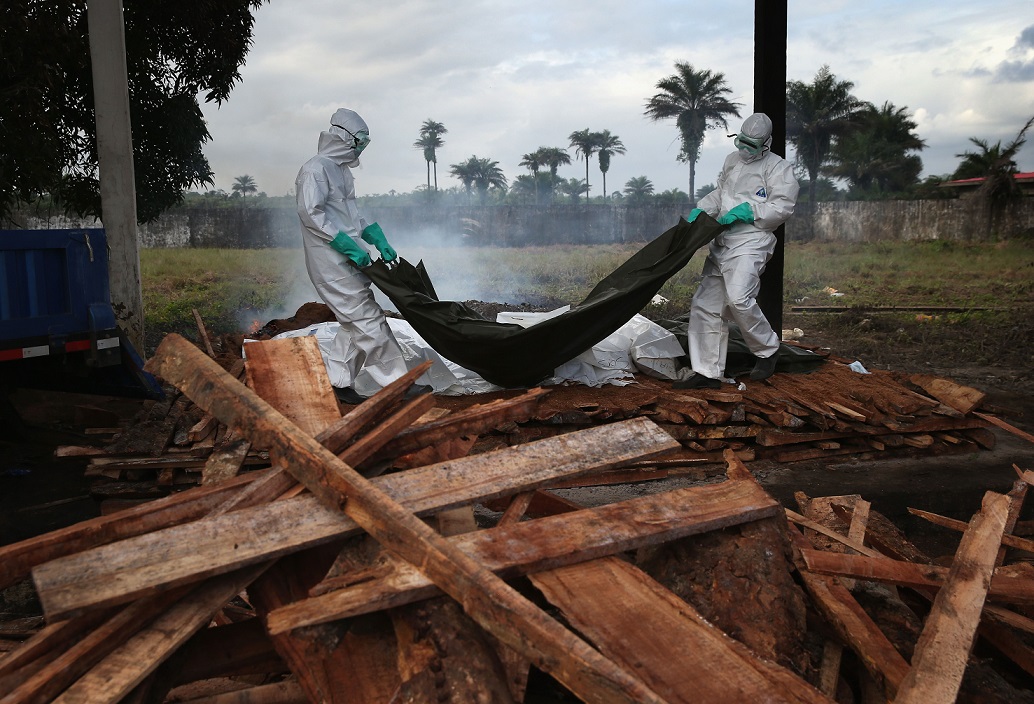 Ebola has killed thousands in Sierra Leone, and its impact is being felt in other ways as well: there is a risk of conflict as survivors are shunned by communities who fear their presence. Fortunately, there are a number of local peacebuilding groups working to counter this phemonenon.

After a decade of blistering memories of civil war, Sierra Leone was recently poised for political and economic growth. Then Ebola struck. By the end of 2014, this dreadful virus had accounted for the demise of over three thousand lives. The disease has led to a chain of serious challenges.

First it was fear and denial. The virus carriers are known to be primates that have traditionally been a source of food. To convince the nation that animals like chimpanzees, bats and other bush meats were hosts of the virus was going to be an uphill task. The strict adherence to culture and tradition made people challenge the veracity of the virus’s existence.

Sierra Leoneans are known to be culturally hospitable. So it is not unusual to see people hugging and shaking hands during greetings or important family or community meetings. So the fact that people were told to desist from this deeply engrained cultural heritage, in order to help stop the spread of the virus, was considered sacrilege.

The legacy of political conflict also had an impact. When Kailahun and Kenema districts in the Eastern region of Sierra Leone were first quarantined, there was high suspicion among the locals that the government was targeting them because they were the opposition’s strongholds.

To make matters worse, it was very common at the beginning of the Ebola fight to hear of people fighting medical workers who went to collect dead bodies. The community people preferred to bury their dead against government regulations. This made conditions favourable for the virus to thrive.

Ebola has overwhelmed both governments and INGOs. In Sierra Leone, a weak health sector, unskilled medical personnel and inadequate equipment did not help the situation. There was virtually no prior preparation or indeed knowledge about the virus. The government’s response capacity was very weak and fragile. Most of the infected people who sought medical help in the beginning never went back home and their families did not hear from them or even see their graves.

Health workers were soon accused of ritual murder. There was curiosity and morbid suspicion that culminated into mistrust of the healthcare system. People resorted to deciding their own destinies. Joseph Jimmy Sankaituah, Search for Common Ground’s Country Director, said that there was little engagement between government and community when it came to seeking consent for action. He pointed out the government met stiff resistance in building an Ebola Isolation Center (EIC) in the rural western area because the community people thought they were not consulted.

Stigma and discrimination – at the heart of the Ebola crisis

Twenty five year old Mabinty Koroma survived Ebola in central Freetown. She lost virtually every member of her family: mother, father and two children. Like many other survivors, Mabinty now has to confront the reality of stigma and discrimination from her community. “Before I contracted the virus,” Mabinty recalls, “I was selling food and other items along the streets of Freetown. I lost everything when I was sick. My neighbours had nothing to do with me after they realised that I had been infected with Ebola.”

She said that even though she survived the disease, her community members isolated her. “They called me a disease carrier and warned their children not to have anything to do with me. It was really difficult for me.”

Another survivor, seventeen year old Mohamed Lamin, lost everything in Freetown: parents, uncle, sister and brothers. “They all died within a matter of days. It was very scary; the whole month was full of tears. I almost lost my mind,” he says, with tears running down his cheeks.

Mohammed says that life is very difficult for him and his only surviving brother. “Now I’m left to take care of my younger brother. Both of us cannot go to school again because there is no one to take care of us. No one wants to help us. We are stigmatised and discriminated against; even to play with other kids in the neighbourhood is not possible for us.”

He concluded that such high level of abandonment and discrimination had the potential of breeding conflict.

Meanwhile, the situation is even worse in Port Loko, in northern Sierra Leone, one of the current hotspots. There are lots of stories of families being ostracised for fear of spreading Ebola. One notorious example is with a very popular family being discriminated against by other community members. The family has been blamed for the recent spread of the outbreak in Port Loko. One of their members recounts what he described as a terrible ordeal.

“The grave of my grandmother was destroyed. We are not even allowed to move freely in certain parts of the community. They call us disease spreaders.”

These stories are familiar across the country. It is as a result of these problems that volunteers working in Ebola affected communities are calling for both material and psychosocial support for survivors. Cherner B. Kamara is a volunteer working with Sierra Leone Red Cross Society in Port Loko. His job is to provide psychosocial support to Ebola survivors and to reintegrate them into their communities.

He says that even though cases are slowing down in the country, there is a need to continue providing support to Ebola affected communities. “If we stop counselling people, they will have great difficulties with their trauma.”

It is best to continue this support not only to survivors, but to their families and the communities as well.”

“Ebola has challenged and broken relationships. We have to fix them.”

As light slowly surfaces around the Ebola fight in Sierra Leone, the big question on the lips of many is; how will the country bridge the broken relationships Ebola will leave behind? Some civil society organisations working on peacebuilding are shifting their focus to mending these broken relationships.

Anges Isata Conteh is the head of Deseret Women Sierra Leone. Her organisation works on peacebuilding in Makeni, the main town of Bombali district in northern Sierra Leone. Over the last few months, Bombali has been the epicentre of Ebola.

Agnes recalls that she had been a victim of morbid suspicion and intimidation by her neighbours.

“One of my neighbours, an eighty year old man, had died over night from a very short illness. His family wanted to have a secret burial, against the government’s Ebola emergency regulations. I stopped them from embarking on this secret mission and warned them to call the Ebola toll free line 117 but they did not. I called the line myself and within a matter of hours, two ambulances arrived to carry the corps.”

She said that even though the family members had insisted that the old man had died of natural causes, the lab result later confirmed that he had died of Ebola. The entire family was therefore quarantined immediately. Agnes went on to say that her quarantined neighbours later started showering her in abuse.

“They abused my mother and called me a witch. In fact, I was not even allowed to pass near their compound after the quarantine period had ended.” She said that as a peacebuilder, she wanted to mend the broken ties with her neighbours. “I waited for the appropriate time because I did understand their frustrations.”

She said that after two months, she took some members of her organisation to this family to try and settle their grievances. “Members of my organisation explained to them the importance of my decision to call 117. We told them that it was even possible that additional members of their family would have contracted the virus and probably loss their lives. They saw reason with me and we ironed out the matter peacefully.”

Meanwhile, Agnes explained another example of how her organisation managed to reunite a nurse, who had survived Ebola, with her community. “Kanko Marah was one of the first health workers to have survived Ebola in Bombali district. When she survived the disease, she was totally rejected by her landlord.”

“The landlord even gave her an eviction notice. Kanko was labelled as a disease carrier and the landlady was scared for Kanko not to spread the virus in the compound.” Kanko was humiliated to the extent of not fetching water from the well within the compound. “She was constantly isolated. Even to use the general toilet was impossible for her.”

On hearing the information, “We immediately went to the compound as an organisation and called a big meeting. We called religious leaders, chiefs and senior members of the community.”

Survivors – to be celebrated, not victimised

She said they explained to landlord that Ebola survivors should be celebrated instead of being ostracised. “We made it clear that survivors will not spread the virus and that they were not a threat to other people.” She said statements from the chiefs, and religious leaders sealed the matter and Kanko was finally reunited with her landlord and other members of the compound.

It is because of issues like these that the Peacebuilding Commission held a special meeting on Ebola and the recovery strategy in New York in April. The PBC chair called on the international community to maintain a commitment to Liberia, Sierra Leone and Guinea to ensure that progress on peacebuilding is sustained.

As the country comes closer to seeing the end of Ebola, Agnes thinks that more resources should be spent on community reconciliation. She calls on government and INGOs to facilitate more community dialogues. She said that it was difficult to quantify the broken trust and relationship gaps Ebola has already created. She fears that a new wave of conflict looms if urgent attention is not directed at rebuilding broken ties within Ebola ravaged communities across the country.