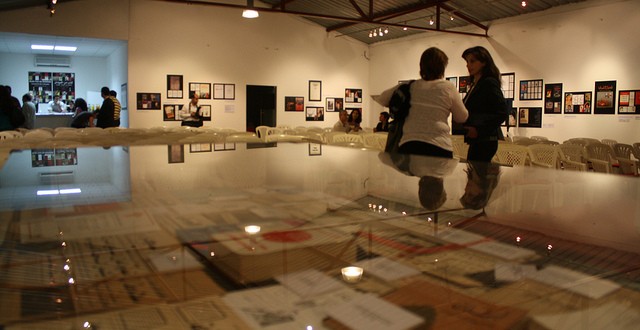 TransConflict is pleased to showcase the work of UMAM Documentation and Research from Lebanon, a member of the Global Coalition for Conflict Transformation.

Lebanon’s religious and ethnic complexity, and challenging regional environment, have often proved a source of violence; from its own fifteen year-long civil war to Israel’s 2006 attack on Hezbollah. One organization contending with the legacies of such violence is UMAM Documentation and Research, which aims to preserve, examine and debate the memories of civil violence as well as to provide a platform for public access to, and exchange of such memories. UMAM Documentation and Research affirms that “Lebanon’s relatively recent past requires that important evidence and artifacts of its history be carefully collected, protected, and promoted to the public.”

The failure to strengthen Lebanon’s state institutions contributed directly to its cultural amnesia, as evidenced by the lack of a national archive and public library. Where the elites have acknowledged the country’s history, they have done so by adducing fragmented memories to achieve short-term political gains rather than long-term national stability. As a part of Lebanese civil society, UMAM Documentation and Research strives to overcome this by confronting Lebanon’s past through the creative promotion of archival projects, cultural initiatives, technical workshops and outreach programs in Beirut, throughout the country and regionally. Such initiatives prompt citizens to recall the violence despite the hostility to history that permeates Lebanon’s sociopolitical fabric.

In order to achieve these goals, UMAM Documentation and Research focuses, in particular, on:

– “Recalling the violence and diffuse culture of hostility that rules social and political life in Lebanon.

– Enabling the generally disempowered yet growing chorus of voices that call for the adoption of a transitional justice approach tailored to Lebanon’s specific needs relative to its successive postwar deadlock.

– Acknowledging publicly the ongoing cycles of blame and counter blame within the nation’s political discourse despite the ever-present threat of renewed political violence. Today, the voices being raised help build the case that the national predilection for closing the files of the past has failed, and that Lebanon must urgently begin the painful yet essential task of truth seeking. Clearly, taking any other course will accomplish nothing more than keeping open the wounds of our society.”

Martial Justice for All?

UMAM Documentation and Research recently launched an EU-supported project, entitled Martial Justice for All? Lebanon’s Military Court: A “State of Martial Law” Within a “State of Law”, which employs documentation, research and awareness raising/advocacy to tackle the issue of military justice and the fact that legislation still permits civilians to be prosecuted by military courts.

As Lokman Slim, from UMAM Documentation and Research, explained:

“Our starting point for this project was the shared notion that the Lebanese have become habituated to tolerating the conditions imposed on them by Lebanon’s perpetual “state of exception.” Those conditions include the routine postponement of elections, the absence of any genuine state budget and the steadily increasing interpretation of the mandate of the military court. [Today’s] discussions will focus on issues…that concern us as citizens rather than just human rights activists or legal practitioners.”

UMAM Documentation and Research is working to initiate collective reflection on Lebanon’s violent past through a comprehensive collection of archival material and cultural artefacts, plus research and technical workshops. Such resources allow the public to both debate and exchange memories, with discussions about the past often fostering reflections on the present-day situation in Lebanon. Ultimately, such engagements contribution powerful buildings blocks for the future by strengthening understandings about national and individual identity formation, plus recognition of responsibilities and blame that can underpin reconciliation and redemption. 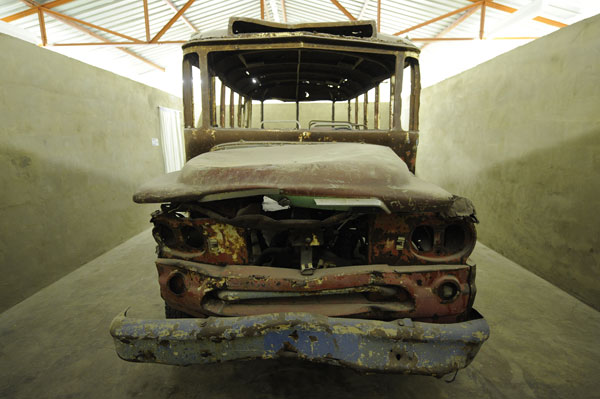 UMAM Documentation and Research has long drawn attention to those who went missing during Lebanon’s “civil war”; focusing not only on those who went missing within Lebanon proper, but including those believe to have been detained in Syrian prisons and other detention facilities. This topic has been explored through panel discussions, treatises and artistic advocacy initiatives, such as the “German Chair” performance or the “Damascus Road” exhibition. Such efforts recently lead the Syrian Ambassador to Lebanon, Ali Abdul Karim Ali, to assert the “issue has become a symphony you [Lebanese] like to conduct, but there are no detainees or abductees or missing Lebanese in our prisons…your children are not in Syria. I will not accuse anyone but they are not in Syria that no Lebanese were being held in Syrian prisons.”

In response, UMAM Documentation and Research sought to debunk the Ambassador’s statements, asserting that “he who lies once, lies again…”. For UMAM, they were compelled to:

“remind this “statesman” that each time the Assad regime released Lebanese (and non-Lebanese whose tracks had been lost in Lebanon)—in 1998 and again in 2000—the action was preceded by a similarly strong statement that denied the existence of Lebanese political detainees in Syrian prisons. Those statements were followed later by confirmation that the individuals set free were indeed the very last of the Lebanese being held behind bars. It may also be helpful to remind the distinguished Ambassador that the regime he represents agreed previously to include the topic of Lebanese missing in Syria on the agenda that would guide Syrian-Lebanese talks held with the government led at the time by Saad Hariri…Finally—and although we could certainly offer other reminders—we believe it is important to remind Ambassador Ali that the Lebanese Parliament is preparing to vote on a new law that would provide the same type of financial reparations given to those released from Israeli jails to those set free from Syrian prisons…” 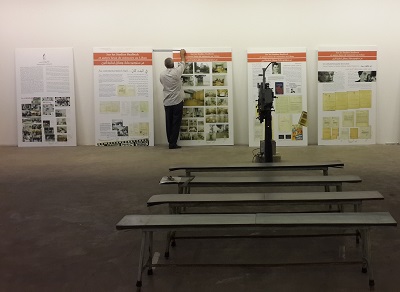 With most of the Lebanese political elites having willfully ignored the gravity of Lebanon’s violent history and the echoes of civil war that contribute to renewed bouts of violence, UMAM Documentation and Research has focused its resources on archiving Lebanon’s past – collecting, preserving and publicly promoting a diverse range of historical evidence and artifacts. Dealing with Lebanon’s past is fundamental to minimizing the likelihood of renewed conflict, and the activities UMAM engages in take to heart the Principles of Conflict Resolution. For UMAM Documentation and Research, “advocating Lebanon’s recollection of its violent past represents a critical, inescapable task in its national redemption and advancement in the new millennium.”

To learn more about the work of UMAM Documentation and Research, a member of the Global Coalition for Conflict Transformation, please click here.