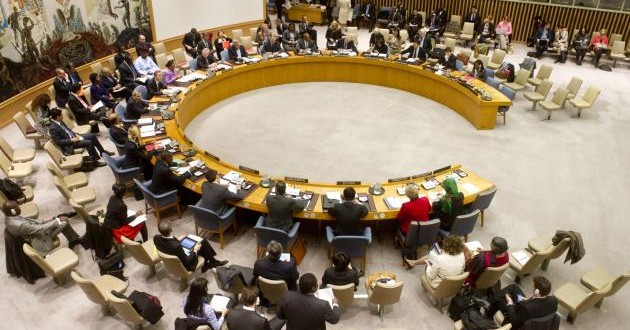 Resolution 1325 was the first time that the UN Security Council had looked at the experiences of women in war and post-war situations, and their critical role in the process of reconstructing societies after war. As its 15th Anniversary approaches, however, there remain a number of loopholes within the Resolution that require immediate review.

The 15th Anniversary of UN Security Council Resolution 1325 falls on October 31, 2015. The Resolution is the first official document from the Security Council dealing specifically with the confluence of conflict and gender issues. Although in many nation states conflict has continued largely unabated and the state of women in conflict zones remains a matter of grave concern, the Resolution is still noteworthy for stimulating sustainable attempts at change and opening the door for what we know today as the Women Peace and Security Agenda.

What did Security Council Resolution 1325 say?

The Resolution looked at issues challenging women in wartime, and the need to involve women in the process of post-war transition. It looked at the importance of bringing women to the negotiation table – which was a powerful policy translation of Hillary Clinton’s words in Beijing – “Women’s Rights are Human Rights”.[1]

Resolution 1325 sparked off many augmenting instruments that built on its core terms, adding to it with specific, targeted elements.[2]

Although there is certainly enough cause for concern in so far as women’s rights and protection on a conflict front are concerned, the Resolution has signalled progress to some extent. Resolution 1325 was the first time that the Security Council looked at the experiences of women in war and post-war situations, and their critical role in the process of reconstructing societies after war.

A derivative of the core themes of international human rights and humanitarian law, the Resolution was an offshoot of specific documents addressing women’s rights,[3] blending with the work of women’s organisations all over the world, looking at the pressing concerns of gender and development in conflict.[4] Aside from the obvious fact that the Resolution addressed issues that challenged and continue to challenge women in conflict, it was doubly creditworthy for the language it employed in addressing women. It looked at women as being a community stakeholder, and not a victim or in need of protection – while the need for protection was stressed. To this end, there was a body of feminist perspectives on conflict-related policy-making and women’s peace activism. What the Resolution did was to open-up critical dialogue on the state of affairs pertaining to women’s issues in conflict.

In the run up to Resolution 1325, there was seldom dialogue that specifically acknowledged and addressed the state of women in conflict. For instance, the occurrence of sexual violence during the Holocaust was not acknowledged or documented, but subsisted. Security Council Resolution 1325 helped shift the understanding of conflict-related sexual violence as being a war strategy, or war weapon, rather than as a by-product of war. In so recognising the crime for what it is, the Resolution recognised the significant role of women in society, both in peace and in war, and in negotiating the transition from one to the other.

The creation of pluralistic comprehensions of the experiences of women in conflict also acknowledged the universality of gender-based violence in conflict – regardless of what the nature of the conflict was, the genesis of the conflict lay in, and regardless of where the conflict took place. This broke the silence around the cultural salience that some societies attributed to themselves to cloak the occurrence of sexual violence in conflict. The purported belief in the “purity” of the perpetrators was often used as the rationale for not recording and documenting sexual violence. Communities that carried out acts of sexual violence and rape on enemy women did not want to associate themselves with their crime, lest they be considered “impure” for violating the enemy, lest word get out of impregnating an enemy. On the side of those subjected to violence, the culture of silence, honour and the severe disrespect of their defilement prevented speaking out and documenting sexual violence in conflict. In the process, a culture of victimhood prevailed – where women who were subjected to violence found themselves in difficult positions vis-à-vis their home societies – either not being accepted back into their families because of the “defilement” or the ostracism that comes from a post-war society that slips right back into a state of violence – where fresh waves of violence worsen their condition.[5]

On the legislative front, Resolution 1325 was instrumental in creating domestic legislation that specifically addresses elements under 1325 – such as Colombia, Israel and Liberia, where women were involved in successfully demanding the passage of legislation addressing the state of women in conflict and in brokering peace.[6]

Back to the drawing board

Even as Resolution 1325 acknowledges a very clear structure with respect to integrating women in the world of peace negotiations, post-war reconstruction and in addressing women’s rights in a conflict setting, there were apparent loopholes that continue to require attention. In the upcoming review of the Resolution, these limitations need to be looked at critically.

Primarily, Resolution 1325 suffers from the very anomaly that any generic legislation that addresses a diverse social group suffers from: an overarching umbrella strategy for many subgroups with divergent elements that make a one-size-fits-all approach insufficient. The problem in translation to analysis and policy has been the perception that sexual violence is a war strategy and must be addressed that way – but the fact of the matter remains that conflict-related sexual violence is a combination of several factors and nuances, of which war strategising is only one. A critical look at how the Resolution can be made in order to approach the nuanced issue with a wide and pragmatic lens to address different conflicts with a specific approach.[7] There is also an urgent need to re-envisage the manner of understanding gender as a social construct, and how it is politicised in the context of a conflict – factors which do contribute to conflict-related sexual violence.

Third, the renewed look at the Resolution should be centred around gender, rather than around women alone. While it is understandable that sexual violence against women is indeed a cause for concern, the ignorance of men as targets on the one hand, and the exclusion of men in the rhetoric, policy and legislation addressing war-related sexual violence have contributed to the inability to address the issue. This lack of inclusion has become reason for men not to engage. Sometimes, this culminates in the classification of the issue as an element of “women’s agenda”, which isolates the issue from the big picture. The end result, therefore, has been piecemeal strategizing.

Another issue that Resolution 1325 brings up is that it has not looked at the structure of the international security domain – i.e., the units in charge of handling conflict and implementing peace in war zones. The security sector has an inherent military masculinity quotient that is either ignored or not taken into account as it rightfully should, in order for a wholesome approach to the prevalence of sexual violence. In the process, there is an obvious exclusion of the presence of machinery to address sexual violence in conflict – what it does, instead, is to confuse the capacity to act or question with the structural machinery that should address such issues.

The concept of sexual violence needs to be thought of in a more pragmatic dimension, rather than on a rhetorical tangent. Resolution 1325 opened the dialogue. We’ve warmed up to it: it’s time to bring on the real conversations.