TransConflict is pleased to showcase the work of Documenta – Center for Dealing with the Past, from Croatia, a member of the Global Coalition for Conflict Transformation.

Documenta’s mission is to encourage “the process of dealing with the past in Croatia, documenting and investigating prewar, wartime and postwar events and works with organizations of civil society and government institutions, and similar centers abroad”; with a vision of moving Croatia “towards a sustainable peace by dealing with the past.”

To this end, Documenta’s programs focus on three specific dimensions – Public dialogue and public policies, Documenting, and Improvement of court practices and standards. Documenta has also published a host of reports on a variety of topics, such as “Prosecuting War Crimes –  Guarantee of the Process of Dealing with the Past and Sustainability of Judicial Reforms in Croatia”, “Rights of Civilian War Victims”, “Dealing With the Past in Croatia – Attitudes and Opinions of Actors and Public in Postwar Time” and “Antiwar Campaign 1991 – 2011. Untold History”

Documenta’s work in the public sphere encompasses issues such as dealing with the past, the Coalition for Regional Commission, the culture of memory and history teaching. Documenta’s approach to dealing with the past is grounded in the principles of the rights to know, to justice and to reparation, along with a guarantee of non-recurrence. 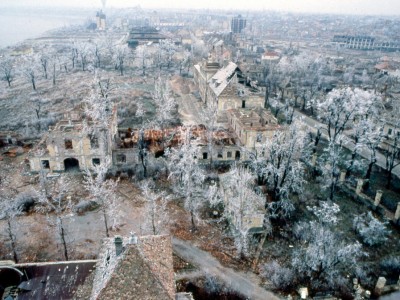 Documenta has played a leading role in the Coalition for Regional Commission (RECOM), which brings together some 1,800 NGOs, associations and individuals lobbying for the establishment of a Regional Commission Tasked with Establishing the Facts about All Victims of War Crimes and Other Serious Human Rights Violations Committed on the Territory of the Former Yugoslavia in the period from 1991-2001 (RECOM).

According to its draft statute, RECOM would work to establish not only the facts about war crimes and other gross violations of human rights in the former-Yugoslavia from January 1991 to December 2001, but also “the political and societal circumstances that decisively contributed to the outbreak of wars or other forms of armed conflict.” RECOM would also provide acknowledgement to victims (thereby contributing to “a culture of compassion and solidarity”), help clarify the fate of missing persons and help build acceptance by political elites and societies of crimes-committed.

Documenta’s focus on the culture of memory, meanwhile, is designed to “systematically educate about politics of remembrance, practices of marking sites of violence and commemorative culture in Croatia and the wider region”. Projects in this area include ‘Forgotten History of Zagreb – Sites of Memory, Sites of Forgetting’, ‘Sharing Best Practices in Holocaust and War Crimes Remembrance: Raise Awareness and Promote Research into the causes of Holocaust’ and ‘Study visits to Sights of Memory in Croatia and the Region’.

Documenta’s work in this domain focuses primarily on documenting human losses and collecting personal memories of war. ‘Documenting Human Losses in Croatia during the War 1991 – 1995’ has the goal of providing a verified and indisputable number of those killed or missing in Croatia, thereby helping to prevent political manipulation of victims. Documenta is producing through a rigorous scientific approach a list of all victims, including information about their ethnicity, the manner of their suffering and status (civilian or combatant), which will be accessibly electronically. As Documenta note, “every society has a responsibility to raise awareness of the fact that victims of war violence are not just numbers, but people with first and last names, with their family history.” 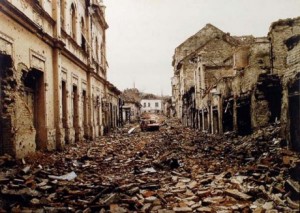 Documenta’s project, entitled “Unveiling Personal Memories on War and Detention”, collates video-recorded oral testimonies of individual memories of particular traumatic events, from war veterans, victims, women and minorities, in particular. Such archives record and acknowledge the suffering and perspectives of those whose cases and circumstances will never be taken into consideration in a court of law. Documenta aims to record some 400 interviews, covering the period between 1941 and 1995. These personal memories can be accessed on two websites – www.osobnasjecanja.hr and www.croatianmemories.org.

Improvement of court practices and standards

To ensure effective transitional justice processes, Documenta monitors war crimes trials in Croatia, plus procedures for providing compensation and reparation, whilst also providing victim support. By monitoring war crimes trials, reporting on key trends and providing tangible recommendations, Documenta contributes to improving the systematic conduct of war crimes trials proceedings, especially where the rights of victims and witnesses are concerned, and where their are concerns about the right to a fair trial. Documenta also proposes measures for increasing efficiency and improving the legal framework for war crimes proceedings, whilst working to strengthen regional cooperation.

In parallel, Documenta also monitors proceedings related to compensation for damages, pursued by injured parties/victims of war crimes; whose rights to compensation have been subject to lengthy and contentious discussion. Claims were, in the majority of cases, rejected; with lawsuits in which criminal responsibility had been previously established proving slightly more successful. With the injured parties obliged to pay the costs of lost lawsuits, many have decided not to pursue their rightful claims.

Though Croatia became the twenty eighth member of the European Union on 1st July 2013, the country continues to grapple with the legacies not only of the wars of the early nineties which followed the disintegration of the former Yugoslavia, but of the Second World War. In this regard, Documenta’s work is vital for ensuring that Croatia continues to deal with its past and that all victims benefit from the processes of transitional justice. Acknowledging each and every victim, regardless of their nationality, and memorialising the personal testimonies of trauma provide an invaluable fountain of educational resources that will benefit all future generations eager to understand the crimes and tragedies of the past.

Please click here to learn more about Documenta – Center for Dealing with the Past!