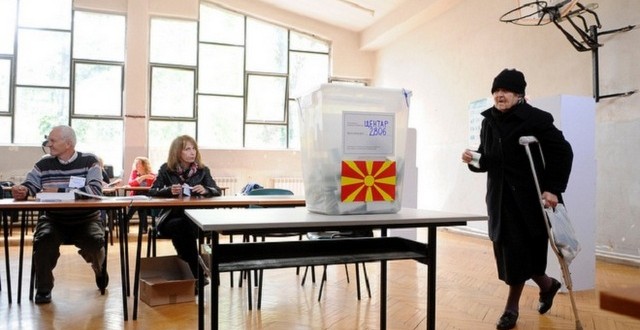 In the Balkans, the impermanence of borders and states and entrenched social and economic informality work against academic and official theories of formal institution building.

A man needs three years in a post – the first year to steal enough money to make himself rich, the second to provide the money to hire the best legal defense team, and the third to accumulate the bribes for the judge and jury to ensure that he escapes justice.

Verres was a Roman governor of Sicily in the 70s B.C, who did indeed hire a highly respected lawyer to defend him against charges brought against him in Rome. However, he had the bad luck to be prosecuted by a young Marcus Tullius Cicero, whose ability to secure Verres’s conviction made his reputation and launched his career as orator, politician, and—after his death—source on Roman history and mentor on human nature.

Verres and his story should sound familiar to readers in the Balkans. So many politicians come to office, abuse that office for the sake of families and extended trust networks, and then attempt to avoid going to prison for what they did while they were in office. The probably apocryphal quote cited above captures the structural problems affecting all democracies to one degree or another. They are particularly corrosive in the Balkans because the playing out of politicians’ and publics’ performance repertoires [1] crowds out any efforts to develop functional political, economic, social, and security systems. No actor in never-ending Balkan soap operas has to contend seriously with much of anything except accusing his or her enemies of corruption, fraud, and other crimes and defending him or herself against similar accusations.

The game works simply enough. If you are young and ambitious you find a place in an existing patronage network (or if you are exceptionally skilled you move among them). If the current masters of your universe are in power you compete with others like yourself for some sort of sinecure—a means of skimming money and acquiring influence in a state ministry, party office, or party-controlled state-run enterprise. If your patronage masters are out of power you join them in accusing the government of corruption and demanding their resignation and/or early elections. (If you are a Macedonian Social Democrat you make up for your incompetent leadership by acquiring recordings that prove your opponents are doing all the things you know it is your right to do once you get into government). When you finally acquire office you follow the rules set by Verres. Then if you are clever and can perform in a manner that portrays you as having what the Romans called “virtu,” you slither your way into power. You keep it as long as you can, because you know that if you lose it someone at home or abroad is going to attempt to send you to jail.

This is pathology, not one-off incidents of corruption or evidence of developmental problems contingent on your country’s allegedly “transitional” status. It also is not a matter of right and wrong. You know trust networks are necessary—you probably participate in one or more of them in one way or another. How else are you going to get a job, subsist if you do not have a job, see to the needs of your family and other close contacts, and otherwise make it from one day to the next? You live in a region where a series of perishable security systems since 1878 have succeeded each other under various forms of outside tutelage. None of these—including the current one—have created or nurtured stable, durable states. You know the law does not rule, it largely serves as a set of formal guidelines that enables, obstructs, and otherwise frames the competition among trust networks and their Big Men (of both genders).

Experts and overseers from inside and outside the region tell you what you need is constitutional reform and successful transition to something called “good governance.” Do not listen to them; constitutions matter only when there exists a political and legal culture in which squabbling politicians, other elites, and publics know it is essential that the hard work of crafting strategies and supporting policies should drive efforts to become influential and prosperous, not the other way round. As things stand now, you can reincarnate Edvard Kardelj and draft all the constitutions you want. They will not matter because modern-day Verreses will have no trouble working around them — that is what they do (and what you tolerate).

In the first instance, institutions do not need constitutions. They – like communities and authorities – need creation myths. The 17th century sense that England was a new Jerusalem and the Whig version of English and British history may be deeply flawed, but they created norms and invented traditions that made it unnecessary to have a written constitution. The American Founding Fathers and the Constitution they wrote remain so iconic that even radicals seeking to dismantle the government claim they are acting to protect the Constitution that created it.

The problem all democracies have is that those who created the early ones did not have creation myths in their pockets to shape norms around organized political contention. They knew all about the Greeks and Romans, but did not understand that future politics would be dominated by fixers, moneymen (and women), and trust-based networks, not aristocratic orators. In the Balkans, the impermanence of borders and states and entrenched social and economic informality work against academic and official theories of formal institution building. Are the politicians and other notables in charge in Balkan countries guilty of criminal activity? I do not know. If they are guilty, are their actions nonetheless legitimate? Given the region’s bedrock cultural context, absolutely.

There is no point wrestling with the forms of politics in any Balkan state unless publics become unwilling to practice prevailing forms until they become something more than performance repertoires. This would take a lot more than the fizzled “Plenum” movement that attracted so much overheated rhetoric in Bosnia. People could stop voting in meaningless elections or even paying attention to self-enriching elites—whether in government or opposition. They could refuse to cooperate with the regular rhythms of informal networks and protest when formal authorities stand up for the patronage system rather than the public interest. Of course, a meaningful protest movement would depend on people being willing to give up the connections and benefits they currently enjoy in return for their provision of legitimacy to informality.

It may be that such a turn is not worth it. Perhaps people are better off trusting opacity rather than risking their futures to formal institutions that have shown no evidence of doing much to improve anything. Assuming there exists some formula (and track record) of ”transition” is teleology, not analysis. So far, no one has proven that Gaius Verres does not have a point.