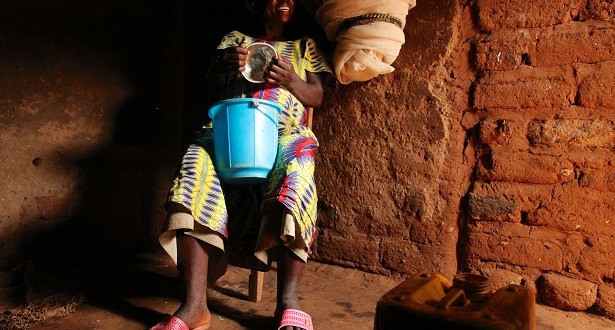 In most violent conflicts, women typically become easy targets due to a widespread tolerance of sexual violence, the absence of a strong legal framework, an inaccessible criminal justice system, a lack of will to prosecute offenders and a security force that treats victims with disrespect and contempt.

Oil-, diamond- and gold-rich states such as the Democratic Republic of Congo and Nigeria have become prime examples of the ‘Resource Curse’, coupled with an interplay between ethnic and religious woes. Aggravated by the formation of terrorist/rebel movements, millions of Congolese and Nigerians, especially women and children, have lost their lives in civil wars and genocide. More women and children are being persecuted, with many becoming refugees due to the escalation of forced marriages, rape (both statutory and sexual) and abductions. This leads us to “the hidden truths in the case of 14 year-old Wasilat Tasi’u and 35 year-old Umari Sani”, a tragic scenario in which a child unintentionally poisoned her ‘husband’ in late 2014 and was charged with murder. It is clear that women remain the prime victims in violent conflicts.

Violent conflicts anywhere place tremendous burdens on women and children through displacement, loss of families and livelihoods, various forms of intense gender-based violence and the responsibility of sustaining entire communities. At the same time, ethno-religious alliances are sought when violence reins supreme, and women become the sole medium of exchange so as to safeguard religious and ethnic allegiances. Bearing in mind the case of Wasilat Tasi’u and Umari Sani, it is my assumption that this is the case (though there are many emerging perspectives and uncertainties). The court placed impending death sentence over a child who is undoubtedly a victim of circumstances and, mostly, poverty.

Many African countries (at least 45) have ratified the Convention on the Elimination of All Forms of Discrimination Against Women (CEDAW). Whilst 88% have set a minimum age of 18 or older, only 49% protect girls from early marriage when exceptions coupled with parental consent are included (Heymann,2014). Under International law, Nigera was in direct contravention of its obligation to protect

Wasilat, a 14 year-old child, was forced to marry a man almost thrice her age. Since there are several Regional and International agreements guaranteeing the human rights, equality and integrity of women and girls which Nigeria is a signatory to and ratifier of these statutes, violent conflicts must be thwarted to enable courts and other peace and security institutions to protect their own citizens.

From another angle, both Nigeria and DR Congo are incapable of enforcing the law because they are preoccupied with fighting rebelling movements. This  explains why Nigeria failed to recover a hoard of kidnapped girls and why DR Congo cannot effectively enforce quotas which forbid child marriages, rape and abduction. In essence, civil wars/conflicts bleed state coffers. It is difficult to exercise law in a state engulfed by violence. Nigeria, DR Congo and the CAR, among others, are case studies which explains why such states are cyclically caught-up in the whims of absolute poverty. This is why African women still face discrimination in all spheres of life, public or private. Violence against women is still a major problem, religious and cultural fundamentalisms are on the rise, whilst discriminatory laws and harmful traditional practices still persist.

Kevin Watkins (2014) laments the fact that Conventions on Child protection are being widely and systematically violated with near total impunity. Watkins further notes that around 150 million girls, mostly in Africa, still marry (forced) before the age of 15, which is exactly the case of Wasilat. The plight of girls and women is escalating at unprecedented levels, and violence directed against women and children is evolving. The time to act pragmatically is now. The issue of child marriages and rape is not a Congolese or Nigerian issue alone, but an international crisis (especially in the developing world) which calls for cooperation and collaboration. Women and girls in many parts of the continent are suffering from a backlash and a rollback of gains achieved. Continuous child marriages, sexual rape and unethical cultural practices are a disgrace to the gains made in gender mainstreaming, equality and the protection of women and girls. Africa must step-up advocacy and lobbying to achieve these. South Africa set a good example when the government recalled 50 peacekeepers from DR Congo in September 2015 after they were implicated in rape (News24, 2015) to appear before a Marshal court.

Elections scheduled for this year in DR Congo is also a conducive environment for perpetuating gender-based violence. According to McEvoy (2014), election time is where politics and violence meet; and a sub-set of violence is pervasive sexual based violence. Attackers include members of the police, gangs, neighbours, relatives and friends. The Congolese government must therefore work to curb gender-based violence which start months before the polls. In most violent conflicts, women typically become easy targets due to widespread tolerance of sexual violence, the absence of a strong legal framework, an inaccessible criminal justice system, a lack of will to prosecute offenders and a security force that treats victims with disrespect and contempt (Ibid). More women, girls and children will continue being victims if the state does not introduce tougher measures to protect them. Another easy way to protect women and girls in DR Congo is for Joseph Kabila to allow an easy transition and peacefully hand-over of power to a new candidate. Clinging to power will ignite a vicious civil war that will once more live many dead and millions displaced, raped and mutilated in an already deeply divided country.

People should not sit idly and not be concerned about what happens elsewhere because injustice anywhere is a threat to justice everywhere” – Martin Luther King, Jr (1963).

Tendaishe Tlou is a freelance researcher and writer specialising in human rights, environmental security, peace and governance issues. He holds a BSc (Honours) Degree in Peace and Governance with Bindura University of Science Education and a Post-graduate Certificate in Applied Conflict Transformation. He works with various NGOs and Government Ministries in Zimbabwe and South Africa.