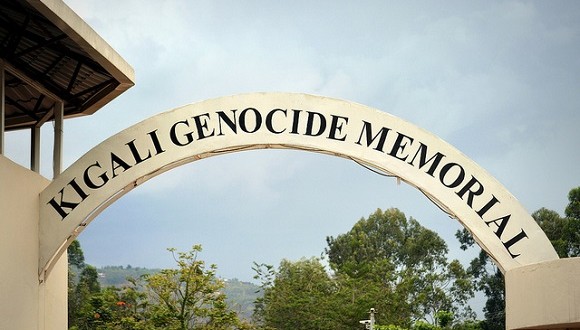 22 years after the 1994 genocide, Rwandans are continuing to mark the occasion and keep the memory of an event which cost more than 800,000 human lives.

The 22nd commemoration ceremonies, entitled “Kwibuka 22”, have kicked-off. Organised at village level, they will last a week, a period of mourning to remember and dignify the victims of the genocide. In addition, the ceremonies will provide the occasion to honour and pay tribute to those who rescued the survivors and stopped the genocide.

During a news conference held at Ibuka (the umbrella organisation for genocide survivor associations) earlier this month, Professor Jean Pierre Dusingizemungu said that “The commemoration period is a good time to raise awareness about the various problems that still affect genocide survivors.”

Though it is necessary to establish legal and punitive frameworks to respond to genocide ideology, effectively rooting out the genocide ideology requires tireless efforts to educate communities and transform people’s mindsets, using multidimensional community-level initiatives. This means investing in youth and helping them to transcend the past.

The crucial role of young people

In Rwanda, it is promising to see how young people are involved in the Kwibuka activities. The Association des Etudiants et Eleves Rescapes du Genocide (AERG) is an association of student survivors of genocide, one of the groups playing an active role in organising the 22ndcommemoration. This youth association is assisting young survivors, helping them to reintegrate into society, restore their faith in life, design a better future and combat the ideology of genocide.

Originally, AERG was founded as a support mechanism for genocide orphans studying at secondary and higher institutions. The association has expanded its work to cover not only social and moral assistance to students, but also to advocate for the ongoing needs of survivors, supporting them in education and with economic issues.

In collaboration with the National Commission for the Fight against Genocide (CNLG), the AERGH will be carrying out different activities aimed at supporting vulnerable genocide survivors. It is planned that the AERG will host conferences and talk shows regarding memory preservation. The organisation will play an important role in organising country-wide sensitisation events with the aim of building, refurbishing and cleaning genocide memorial sites.

The annual commemoration of the genocide is necessary and significantly contributes to the healing and reconciliation process in Rwanda. When it is effectively organised, it creates spaces for community members to remember their past, regret shameful acts of killings in their villages, support one another in the process of healing their wounds, and acknowledge the bravery and humanity of those who rescued their fellow Rwandans. It is a means of showing solidarity and allowing people to share their visions for a peaceful Rwandan society.

And it is worth the effort to invest and involve every Rwandan in these events, considering the persistence of genocidal ideology. The 2015 Rwandan Reconciliation Barometer indicated that 28.9% of respondents strongly believed that there are Rwandans who would try to commit genocide, if conditions were favorable.

As we remember those killed during the 1994 genocide, every one of us should commit to  “Never Again” – maintaining our focus on and support to reconciling Rwandan society.

Jean de Dieu Basabose is Insight on Conflict’s Local Correspondent in Rwanda. He has more than 10 years’ experience in peacebuilding and has facilitated numerous training sessions and workshops on mediation, networking, community organising, organisational governance, peace monitoring and communication. Through Shalom Educating for Peace, a peace education organisation he co-founded in 2007 and co-directs, Basabose is making efforts to build and sustain peace through education. Jean holds a Master’s degree in Conflict Resolution and Peace Studies.