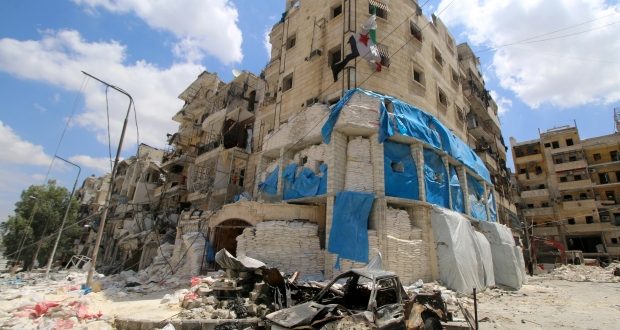 On 3 May 2016, the United Nations Security Council unanimously adopted Resolution 2286 calling for greater protection for health care institutions and personnel. We must support Resolution 2286 as a reaffirmation of the importance of world law, even if Security Council resolutions are rarely written in a dramatic style that can be quoted in newspapers.

The protection of medical facilities and medical personnel is at the heart of the laws of war, currently more often called humanitarian law.  On 3 May 2016, the United Nations Security Council unanimously adopted Resolution 2286 calling for greater protection for health care institutions and personnel in light of recent attacks against hospitals and clinics in Syria, Iraq, Yemen, South Sudan, Democratic Republic of Congo and Afghanistan. These attacks on medical facilities are too frequent to be considered “collateral damage”. They indicate a dangerous trend of non-compliance with world law by both State and non-State agents.

The protection of medical personnel and the treatment of all the wounded − both allies and enemies − goes back to the start of humanitarian law in the experiences of the Genevieve Henri Dunant at the battle of Solferino in Italy in 1859. A businessman, not a doctor, Dunant found himself as a witness of the battle by “fate”. A good organizer with the temperament of a diplomat, he organized local women to start treating the wounded and negotiated so that doctors among the Austrian prisoners of war could be released to help the wounded. Nevertheless, many soldiers died from lack of care after acute suffering.  The image of the dying stayed in Dunant’s mind.  On his return to Geneva, he began to organize what has become the International Committee of the Red Cross, followed by many national Red Cross-Red Crescent societies now structured in a federation.  Both the International Committee and the Federation have their headquarters in Geneva and cooperate closely with the UN, the World Health Organization, the Office of the High Commissioner for Refugees and NGOs.

The first Red Cross − “Geneva Conventions” − to protect the wounded and prisoners date from 1864.  The Geneva Conventions have been expanded after wars, especially after the Second World War and the Vietnam War.  When the Red Cross Conventions were signed in 1864, Dunant believed that war would be a permanent aspect of human relations; therefore, there should be “laws of war” to limit the destructive consequences, especially to non-combatants.

In 1867, Henri Dunant was pushed out of the International Committee of the Red Cross that he had founded. He had lost all his money and was declared bankrupt.  Bankruptcy was not considered a good thing among the Genevieve lawyers who were the core of the Red Cross − in fact bankruptcy was a sort of “mortal sin”.  Dunant went to live in a small village and used his energy and organizational skills to try to end war and also for equal rights for women.  Both ideas seemed rather strange to the Swiss of his time, and he died a largely forgotten figure.

We still have the two-track approach: one of respect for the laws of war and a second track for the abolition of war, or at least, a negotiated end to armed conflicts. For the moment, there is not much motion on either track. We must support Resolution 2286 as a reaffirmation of the importance of world law, even if Security Council resolutions are rarely written in a dramatic style that can be quoted in newspapers.  We must also promote good faith negotiations to end the armed conflicts in Syria, Iraq, South Sudan, and Yemen. These negotiations are difficult; good faith is in short supply. However, as the representatives of non-governmental organizations we have certain avenues for action and resolution 2286 gives us a mandate.

Rene Wadlow is President and a Representative to the United Nations, Geneva of the Association of World Citizens.