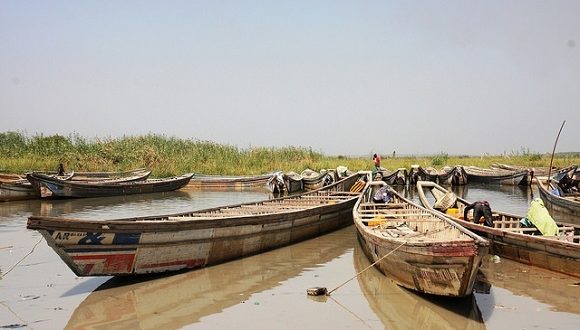 The age-old necessity to secure borders, combat transnational criminal networks, and better track the flow of people, in this case militants, can only be effectively tackled at the regional level through improving forums produced by organisations such as the Economic Community of West African States (ECOWAS) and the African Union (AU).

Rising levels of violence across the Sahel over the past few years have made this region a key front in the fight to ensure human security in Africa. Particularly due to the transnationalised nature of this violence, the threat has not been taken lightly by the countries of the region, external partners, or international organisations that have become involved. This has led to a largely effective if incomplete response in the form of regional security cooperation to deal with the crises which have led to this violence, as well as their aftermath.

Beginning in the early years of this decade, two major crises, at first disparate but over time increasingly interconnected, reached their boiling points in two of the sub-regions of the Sahel. The first was the start of Boko Haram’s insurgency in Nigeria, which can be traced as far back as 2009 but only reached its peak in 2015. This year saw an explosion of Boko Haram attacks not just in Nigeria but throughout the Lake Chad basin, the capture of a large amount of territory within Nigeria, and the Baga massacre which killed at least 150, although some sources estimated that the actual fatalities were as high as 2000.

The second was the infiltration of northern Mali by extremist militant groups during that country’s civil war between the central government and primarily Tuareg rebels in the north. This second conflict was itself linked to the 2011 Libyan civil war, a conflict which led to a number of destabilising factors for the Sahel region.

These two crises have evolved dramatically over time, with foreign militaries having been invited to intervene to assist the governments of Mali and Nigeria with restoring order.

Although largely successful in both cases, underlying problems have not been addressed, and the potential for violence remains high. However, many of these countries’ neighbours have also felt the knock-on effects of the problems faced by Mali and Nigeria, which has led to a significant transnationalisation of violence by militant actors, occurring across borders throughout the region.

This transnationalisation became a major concern first in relation to Boko Haram as it became clear that recruitment, basing, supplies and funds were being brought in from abroad to fuel its war in northeastern Nigeria. Cameroon became the first country to suffer from large scale attacks, and its military became involved in numerous border skirmishes and engaged in the dismantling of training camps in its Far North region, particularly Logone-et-Chari region.

One of the most notable of these early attacks was the July 2014 assault by Boko Haram militants on Kolofata, which targeted the home of the Vice-Prime Minister, as well as the town’s mayor and a senior religious leader.

Niger and Chad have also seen significant violence targeting both their military forces and civilian populations. Boko Haram’s recruitment in Niger became a concern, particularly after Nigeria’s 2013 State of Emergency declaration which saw a large number of refugees cross the border from Nigeria, particularly to the Diffa area of Niger.

Although only small scale attacks occurred at first, since 2015 larger scale actions have occurred similar to those in Cameroon. Chad has also seen suicide bombings and other high casualty attacks, alongside kidnappings by Boko Haram fighters who cross Lake Chad and attack lakeside villages.

This trend of regionalised conflict and transnational militancy is not surprising, especially in the age of al-Qaeda and ISIS, but the scale and reach of these groups becomes a serious problem when coupled with the inability of states to cross national boundaries to track them down. This is a significant part of what motivated Nigeria to allow its neighbours, Cameroon, Chad and Niger, to intervene in the northeast to assist it in defeating Boko Haram.

Although this ambitious goal has not yet been accomplished, the effectiveness and speed of the regional coalition in degrading Boko Haram’s capabilities should be noted. However, the most significant aspect of that situation may be that the threat grew to the point that Nigeria, by all accounts a regional leader, willingly invited foreign military forces in despite the fears many states in Africa have over compromising their sovereignty.

AQIM: to the shores of the Atlantic

Moving beyond Boko Haram, a similar trend has evolved from the militancy crisis which grew out of the instability Mali has faced since the Tuareg uprising and associated military coup in 2012. During the government’s absence from the North, extremist militant groups were able to put down roots in communities across the region, including actors such as al-Qaeda in the Islamic Maghreb (AQIM), Ansar Dine, the Movement for Unity and Jihad in West Africa (MUJAO), and Mokhtar Belmokhtar’s brigade. These last two have since merged into the al-Mourabitoun Battalion, which itself is closely aligned with AQIM.

Although the French intervention in Mali and subsequent deployment of its Operation Barkhane force meant to assist its allies in the region in policing these groups have been fairly successful, they have not succeeded in eliminating these militant groups’ ability to carry out attacks. This has been shown most recently in a string of high-fatality, headline-grabbing attacks on hotels and cafes frequented by foreigners not just in Mali but also the capital of Burkina Faso and a town in Cote d’Ivoire on the shore of the Atlantic Ocean. This last attack in particular can be seen as an effective showcase of the reach that AQIM and the al-Mourabitoun Battalion appear to possess in areas of West Africa thought to be devoid of a serious militant threat.

The takeaway from both of these situations is the need not just to continue but to expand regional security cooperation. The age-old necessity to secure borders, combat transnational criminal networks, and better track the flow of people, in this case militants, can only be effectively tackled at the regional level through improving forums produced by organisations such as the Economic Community of West African States (ECOWAS) and the African Union (AU). There is also an important role for France as an external partner, a role it is already playing in important ways across the Sahel. As shown most clearly in the conflict against Boko Haram, building this kind of unity offers a clear path to a more peaceful Sahel.

Matt Batten-Carew is a research analyst at the Armed Conflict Location & Event Data (ACLED) project, where he tracks and analyses political violence in Africa and Asia. He has an MA in Geopolitics & Grand Strategy from the University of Sussex, and is currently studying for a second MA in Eurasian Studies with the Institute of European, Russian and Eurasian Studies at Carleton University. His research interests are regional security management, early warning mechanisms and conflict prevention.