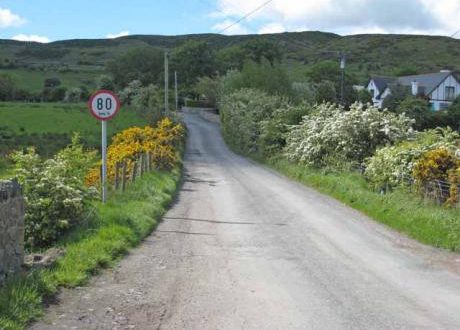 The EU has made cross-border co-operation easier in Ireland. Anything that puts physical border controls back up will destabilise the peace process.

With the advent of the Good Friday Agreement in 1998 new opportunities opened up for cross border cooperation and trade. At the time border checkpoints and military lookouts were positioned across the North and border counties of the island. These days, the checkpoints and military towers are long gone. If you drive from Northern Ireland into Southern Ireland, blink and you will miss the fact that you have crossed an ‘invisible’ international border. You would be in good company though, a total of 14 million trips are made across the border every day between Dundalk in Ireland and Newry in Northern Ireland for business and shopping and more. The two economies of the island are inextricably linked and commerce is strong with Tourism equating to 2.1m visitors (1.7m North to South/400k South to North) and Cross Border trade in manufacturing accounting for €3.1 billion in 2014 (€1.75bn North to South and €1.3bn South to North). Agri-food sectors are also vitally important to both jurisdictions and trade in food and drink moves both ways.

In terms of jobs almost 15,000 people commute to work on a daily cross border basis consisting of 8,300 North to South and 6,500 South to North. The 2011 Census highlighted that ‘Proportionally twice as many (0.4 per cent) Northern Ireland residents commuted to Ireland to work or study as commuted from Ireland to Northern Ireland (0.2 per cent)’. A total of 3,064 students are studying in both jurisdictions from either side of the border which breaks down into 719 North to South and 2,345 South to North. The north of Ireland is reliant on the Southern Irish economy and cross border trade is up 7% since 2013 an economy that was in recovery since 2010.

Infrastructure initiatives have also benefitted both sides of the island and facilitated cooperation such as the development of the Dublin-to-Belfast transport corridor, the fibre optic communications networks “Project Kelvin” and investment by both governments into City of Derry Airport which sees 38% of its passengers being from the Republic of Ireland. The Single Electricity Market (SEM) is also under development and will lead to lower costs which at present are some of the highest in Europe. The Good Friday Agreement also saw the creation of 7 new North / South Bodies amongst them InterTrade Ireland and Tourism Ireland. Economic benefits have also come by cross border programmes including Interreg, Peace, European Fisheries Fund etc. and a total of nearly £2.5billion came into Northern Ireland during the last EU funding round (2007 – 2013).

Challenges exist for both jurisdictions which could be affected by the UK voting to leave the EU. They are both two very different economies and are competing against one another for business/foreign direct investment (FDI) but have shown strong commercial cooperation when they are exporting. Outside of the Belfast/Dublin corridor connectivity is poor across the island and there are significant policy anomalies in some key areas e.g. VAT on tourism is 20% in Northern Ireland v.s. 9% in the Republic of Ireland. There is also exchange rate volatility.

Northern Ireland is also very dependent on the public sector and receives almost £10bn in subvention annually from the UK and is a low productivity economy with low wages, recovery in NI remains fragile. Ireland’s economy on the other hand is on a much stronger footing than Northern Ireland’s despite the fall-out from the recession and appears to be re-emerging. Ireland as a whole has concentrated on FDI and exports which has driven growth. The economy however can still be volatile and government debt is still an issue.

Brexit poses a considerable threat for Northern Ireland. The Impact on trade links is a major concern and Ireland is Northern Ireland’s largest export trading partner. The USA is the biggest trading partner for most other regions of the UK. Northern Ireland is the only part of the UK with a land border with an EU country – so there are serious concerns around the re-emergence of border controls and restriction of free movement.  Recent polls have shown that 86% of people do not want the border to return1. Ireland will also be affected if the UK votes to leave. Brexit could cut 20 percent off Irish trade and knock 1.1 percentage points off GDP growth before the end of 2017 (Source; British Irish Chamber of Commerce)

Trade is also significant. The UK is Ireland’s largest trading partner with 1 billion worth of trade flowing between the islands every week and 3 billion worth of cross border trade between north and south Ireland every year2. Rather than focusing on a BREXIT Northern Ireland should be thinking beyond and explore further synergies between the two economies around areas such as tourism, agriculture, education & training, research/technology/innovation, energy and business clusters. The island needs to find easier ways to reduce business costs e.g. utility costs and make it easier to do business on a cross-border basis such as cutting red tape and facilitate connectivity across the entire island. There should be a harmonisation of regulation, governments on both sides of the border should align and co-ordinate relevant policy making. Too reduce the UK subvention there is scope also to explore potential for further shared services both at central and local government level.

Efficiency savings could also be made in certain areas to help support both businesses and the wider economies such as an Integrated Single Electricity Market(I-SEM) which is one way of making utility costs more competitive in Ireland. Northern Ireland and Ireland have among the highest energy costs in the EU. The interconnector project will benefit the island as a whole by improving security of supply by providing a reliable high capacity link between the two parts of the all-island transmission system; allowing the all-island wholesale electricity market to work more efficiently, enabling wider competition between power generators and electricity suppliers throughout the island, and therefore ensuring that future electricity prices will be as competitive as possible; and enabling more renewable generator capacity (mostly wind generation) to be connected to the electricity network. A return of the border would hinder all this from happening and create physical and psychological barriers to trade and engagement and further cooperation of the peoples of the island

Having personally worked on PEACE projects in Newtowncunningham, Donegal a town 8 miles from the border with Derry City there is also of course the reality that anything that puts physical border controls back up will destabilise the peace process and people will feel ‘penned’ in by border controls which would result in possible paramilitary activity increasing. Families and friends will also be separated by a physical border and the risk to the stability in the peace process is perhaps the biggest worry for the people in the border counties and Northern Ireland.

Polly Lavin is a freelance writer, researcher and MSC graduate. She has a background in EU project management and has previously developed and delivered peace projects in the border counties and North of Ireland.

This article was originally published by OpenDemocracy and is available by clicking here. The views expressed in this article do not necessarily represent those of TransConflict.