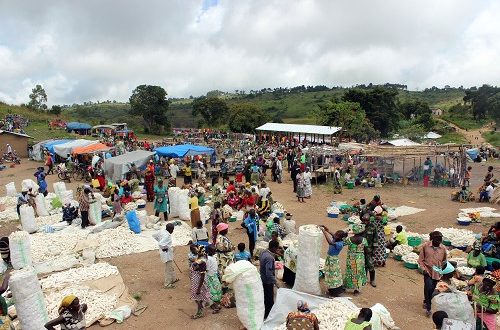 DR Congo President Joseph Kabila is yet to declare whether he will stand in this year’s election. The uncertainty is scaring people.

Will he stay or will he go? Six months before the end of his second constitutional mandate, the President of DRC, Joseph Kabila, is giving few signals on crucial questions which have gripped the country for months.

Without any presidential declarations, his lieutenants and members of the presidential majority speak on one hand about “a peaceful change of power at the end of the mandate,” while others talk of “the inevitable delay of the elections.” Still others mention an “ardent desire to see President Joseph Kabila pursue, [for] as long as possible, his mission at the head of the country.”

For Kamande Muleba, a civil society actor from Kisangani in Eastern DRC, “The President is not obliged to make a statement on the end of his mandate. The constitution is clear on the point.”

But this view is rejected by Hubert Sindani, a human rights defender also from Kisangani: “If President Kabila is campaigning for the peace and development of his people and his country – as he always says – he should be clear in order to calm the increasing tension.”

During a live press conference on national television in March, government spokesperson and Minister for Communication and Media, Lambert Mende, said that “The elections will take place in accordance with the Constitution.” A declaration which caused surprise among the Congolese community. The elections, Mende added, should not “depend on dialogue” taking place.

Olivier Kamitatu, in charge of external relations for the G7, a platform of seven Congolese political parties, previously said that “Tensions in DRC are linked to the silence of Joseph Kabila on his future. He needs to break the silence because we feel that all the institutions, which should be clearly independent and impartial, are subservient to Kabila’s regime.”

“The courts, the National Independent Electoral Commission and the National Assembly are being manipulated because a single man wants to stay in power. It is against the will of the majority of Congolese, who want to see the Constitution implemented in order to guarantee the end of the second term and democratic change.”

On Radio Okapi, the civil society group “Force Vive,” from Kinshasa, asked the Congolese government and Parliament to force the Constitutional Court to make a judgement on whether or not it would be possible to organise the presidential election within the constitutional timeframe.

Civil society is more broadly lobbying Kabila’s government to try and ensure the election is held within the constitutional deadline. With Kabila organising a dialogue on the subject, the organisations are aiming to prevent a scenario whereby those currently in power stay in power indefinitely. One activist said: “If the dialogue fails, the international community should take responsibility and stop Kabila from standing as a candidate.

Another stressed that civil society should remain neutral, and “Call upon the people not to take the side of either government or opposition. Civil society groups must be vigilant and scrutinise the entire electoral process.”

This is crucial. With the entire Congolese population expecting a change, a single spark or event – linked to the current situation or not – could lead to demonstrations.

In the meantime, journalists, the political opposition and human rights defenders are worried because of the relentless grip on their professions. “Arbitrary arrest, intimidation, suspensions, restrictions on freedom of expression – this is daily life,” said a journalist in Kinshasa.

Maguy Libebele is Insight on Conflict’s Congolese Local Peacebuilding Expert. A journalist with wide experience in the Great Lakes area, she is a correspondent for Syfia Grands Lacs, and reports in particular on women’s rights issues. She has worked on peacebuilding projects around the region with the UN, national and international NGOs.