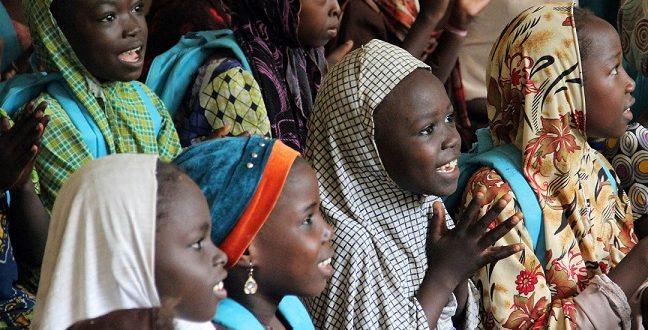 Schools should be supported in protecting education from deliberate targeting so that children, and the societies they live in, are better able to reach their full potential, said the Global Coalition to Protect Education from Attack (GCPEA), in a new report. As education activist and Nobel Prize winner, Malala Yousafzai, once stated, “One child, one teacher, one pen and one book can change the world. Education is the only solution.”

The 54-page report, “What Schools Can Do to Protect Education from Attack and Military Use” documents how principals, teachers, and community members in conflicts worldwide are working within schools to protect them from violence by armed parties. The report calls on governments, the United Nations, and other agencies to support these efforts to develop and implement appropriate protection plans and measures in schools.

“Schools continue to be bombed and burned, and students and teachers killed, raped, and abducted from classes, while schools have been used for military purposes, as barracks, bases, detention and torture centers. Principals, teachers, and community members are on the front lines of this violence, and they need more help.”

The report identifies seven types of school-based protection: 1) unarmed physical protection, including unarmed guards, physical infrastructure such as boundary walls and emergency bunkers, protective escorts, and housing for students and teachers; 2) armed physical protection; 3) negotiations to reach agreements with armed groups that they will not attack or use schools; 4) early warning/alert systems, including the use of networks of school personnel and parents to distribute warnings of attacks through text messages; 5) alternative delivery of education, such as modifications in time, place, and mode of education provision, temporary learning spaces, or distance learning; 6) psychosocial support, including referral systems so that students and teachers can access mental health or social services; and 7) comprehensive school-based safety and security plans, which can incorporate some or all of the six other measures into a strategic, coordinated approach to assessing risk, implementing planning processes, and formulating responses.

The report’s overarching recommendation is for principals, teachers, and school administrators to develop and implement a cohesive plan for better ensuring safety and security within the school; and for the government, as well as international agencies, to provide support.

“Education is being used as the pawn of warring parties and students, teachers, and school communities are bearing the brunt of this. Instead of ad hoc measures, comprehensive safety and security plans, supported by governments and donors, are needed to better equip schools to prevent, or at least mitigate, the devastation wrought by attacks.”

The report recognizes, however, that supporting schools is critical but not sufficient. States should also develop government-wide comprehensive approaches that address the underlying motives and systemic causes of attacks. One way states can do this is by endorsing and implementing the Safe Schools Declaration, a voluntary instrument signed by 56 countries to date. The Declaration includes commitments to improving data collection on attacks; prosecuting perpetrators and assisting victims; and promoting conflict-sensitive education policies that foster peace rather than drive conflict.  By joining the Declaration, states also endorse the Guidelines for Protecting Schools and Universities from Military Use during Armed Conflict.

“Protecting education from attack requires coordinated preparation and planning from individual schools all the way up to national governments. The thousands of students, teachers, and other education staff who have been targeted for attack, should not have to rely on their own devices to safeguard their lives and opportunities for learning.”