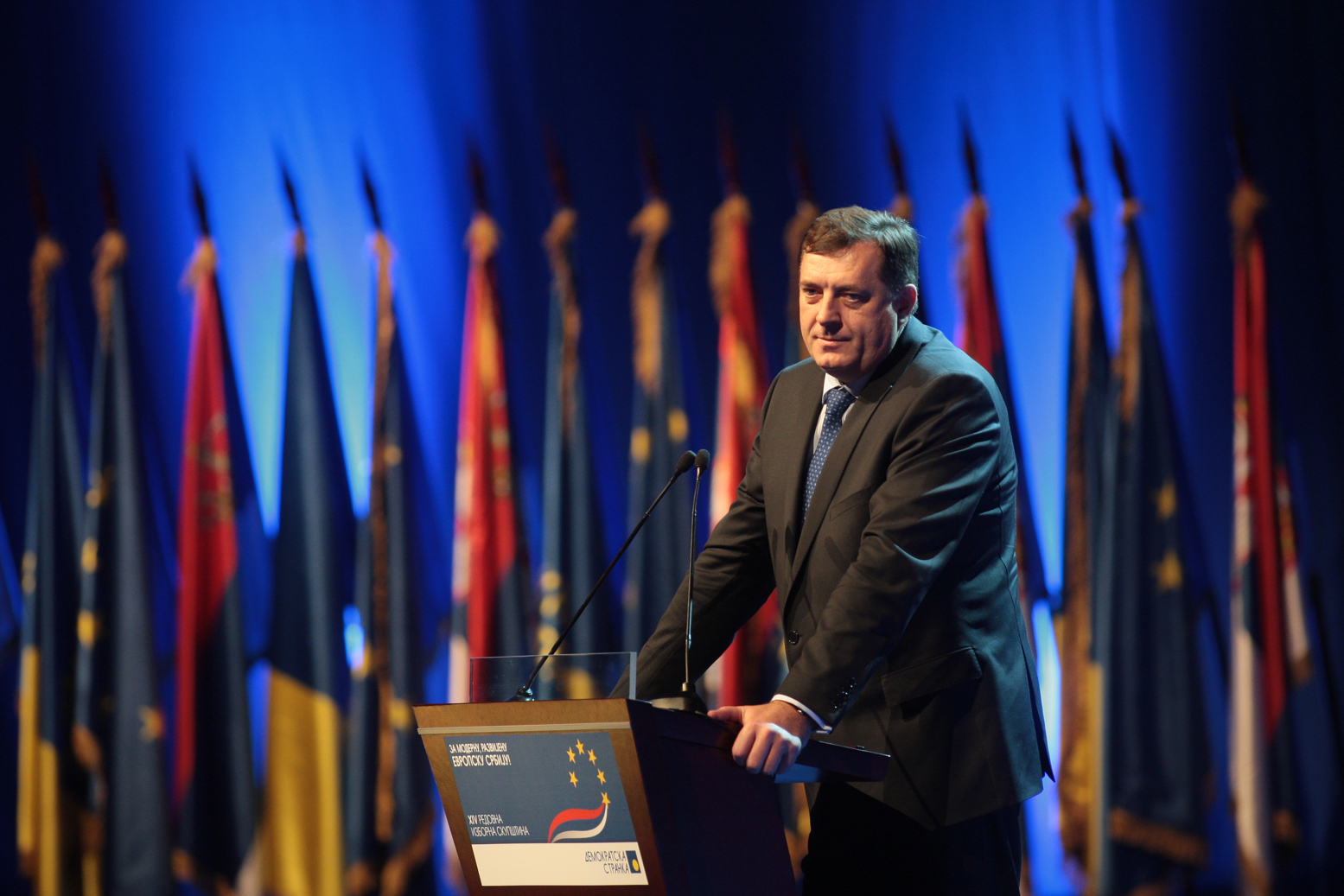 Whatever happens patronage, not notional civic politics, will remain the bedrock structure of political, economic, and social organization in the Balkans—and not just the Balkans. Successors to Djukanovic, Dodik, and Abdic will prosper (as will their patronal clients) if they learn from their predecessors’ examples, while treating the playbooks forced on them by Western viceroys and NGOs only as formal theater.

Recent election results in the Balkans have reinforced what by now should be an obvious point: in the Balkans — and not just the Balkans — when given a free choice voters will support notables with a track record for taking care of them rather than politicians or rhetorical principles imposed from outside their communities. Patronage involves opacity, intimidation and—sometimes—violence. It also nourishes and protects its clients, whether it operates in the context of democratic, oligarchic, or autocratic forms. Patrons, functionaries, and clients adapt to prevailing political contexts as easily as they change clothes. The political theories and processes we study, teach, and discuss provide playing fields for inter-patronal competition but otherwise are empty vessels.

Therefore, there is little analytic value to any notion that recent elections and other developments in the Balkans mark some sort of democratic backsliding. There has been no tangible progress toward democracy to backslide from. However political power is taken, assigned, shared, or transferred, the patronal engines currently amassing and distributing resources work pretty much the way similar set-ups did in the time of Osman Pasvanoglu, Ali Pasha, Nikola Pasic, Ahmed Zogu, Alexander Rankovic, Branko Mikulic, or Slobodan Milosevic.

Invoking these figures provides a recognizable segue to consideration of Milo Djukanovic. It does not matter what job title he has—or if he has one at all—or the conditions under which elections are held and monitored. Djukanovic continues to dominate Montenegro much as he has for the past two decades. Electoral results, however cobbled together, have reflected the country’s balance between those who consider themselves Montenegrin and those who believe they are part of a larger Serbian universe (a little more work was perhaps necessary in 2006 to ensure the results met Western demands regarding size of turnout and of the majority voting in favor of independence).

The recent election in Montenegro was interesting in that it was the first in which the Russians directly took on Djukanovic. Western desires regarding Podgorica’s behavior were less interesting—having gone in for pennies, the West is in for the full pound regarding the Montenegrin strongman. Djukanovic had undertaken overlapping efforts to raise cash by selling real estate to the Russians and citizenship to Westerners. As Moscow discovered, ownership of beachfronts and other material goods would not derail Djukanovic’s decision to join NATO.

The Russians put together something called the Democratic Front to blunt his domination at the polls. This class A competition between election engineers left Djukanovic without a majority but the Opposition with a less than strong chance of preventing him from forming the next government. Whether or not reports of plots against Djukanovic’s position and/or life are true,[1] he appears once again to have emerged relatively unscathed from competition with internal and external adversaries.

It is not entirely clear whether Djukanovic can prevent his opponents from forcing a referendum on NATO membership, but his public statements suggest he believes he can do so. In any case, it is not clear that his latest resignation is any more serious than its predecessors. At the same time, the fact of his “resignation” raises a real problem raced by all patronage bosses—when they decide they really do want to retire or relinquish power, how can they do so without being arrested or killed?

MIlorad Dodik not only will face that issue one day, but the “Republika Srpska” (RS) he dominates is a more fragile than Djukanovic’s Montenegrin state. It exists as part of an arrangement made in two stages. It should not be forgotten that the Bosniak-Croat Federation was created in the Washington Agreement, forced down Bosniak and Croat throats almost two years before being folded into the current Bosnia at Dayton. The unitary RS works better than the still mutually unwanted Federation, but sits uneasily among the notional Bosnia, a Serbia that keeps it Dodik and his internal rivals at arms length, a Croatia on which it depends economically but which has little interest in its welfare (including that of Zagreb’s Croat constituency south of the Sava), and Great Powers more concerned with their great competition than with anything going on locally.

Dodik has used his constituents’ proven aversion to Bosnia to survive a more serious than usual internal challenge. To do so, he massaged his tried and true tactic of manipulating threats of referenda to remind his patronage network and associates of his skills and to elicit the usual international bluster that serves him so well. Previously, he had used the word “secession” liberally while carefully keeping it out of any actual questions he placed before his voters. This time he carried out a referendum that included what he said it would, but watered it down after the fact to defuse tensions with the Western overseers.

Dodik’s longer-term problem is that his interests really are not served in any other formal set-up than the current dysfunctional Bosnia he professes to hate so much. An effective federal system would bring him to heel. Actual separation from the Dayton arrangement would leave the RS either part of a Serbia in which Dodik would become a small player, or on its own without resources and dependent on a Russian regime to which he is an even smaller player. His situation is more Humpty-Dumpty than Goldilocks, but so far this seems to work for him.

Fikret Abdic has held together his patronal system longer and under more trying circumstances than either Djukanovic or Dodik. He survived federal Yugoslav scrutiny of his Communist-era Agrokomerc enterprise, crafted successful working arrangements with many participants in the wars of Yugoslav Dissolution, was thrown in jail by Croatian interests who believed they could get along without him, and was branded a war criminal by the ever-self-righteous West. Through it all he has retained the loyalty of tens of thousand of patronal clients in Velika Kladusa because they know he will take care of him and no one else will. Abdic—who is more “multi-cultural” in his behavior than any of Bosnia’s mainstream politicians—demonstrated how effective patronage politics work by being elected Mayor of Velika Kladusa in local elections on October 2. At 77, it is not clear how long he has left as an active patronage boss and local politician, and the time he already has spent incarcerated demonstrates he is not immune from the retirement/succession uncertainties affecting his counterparts in Podgorica and Banja Luka. Still, he continues to have a remarkably good run.

Whatever happens patronage, not notional civic politics, will remain the bedrock structure of political, economic, and social organization in the Balkans—and not just the Balkans. Successors to Djukanovic, Dodik, and Abdic will prosper (as will their patronal clients) if they learn from their predecessors’ examples, while treating the playbooks forced on them by Western viceroys and NGOs only as formal theater.