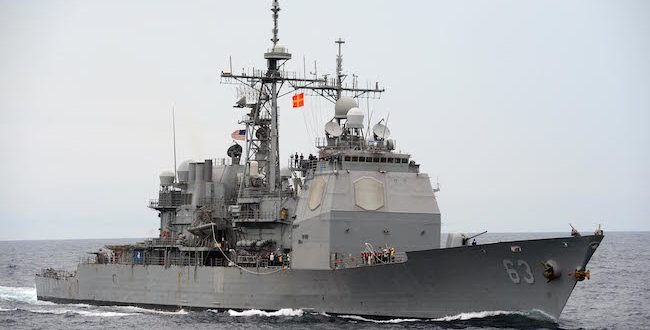 Territorial sea disputes can be heated up or cooled off at will or when other political issues require attention. We are currently in a “heating up” stage, though a 2002 Phnom Penh Declaration of Conduct of Parties in South China Sea calls for trust, restraint, and settlement by juridical means. Today, world citizens call for calm and a policy of mediation and arbitration before current tensions lead to ever-greater divisions.

The South China Sea islands delimitations have been an issue for some time and can be the source of increasing tensions. Therefore, it is useful to look at the Law of the Sea Convention and the way that national claims have come to dominate what my friend John Logue, then Director of Villanova University Common Heritage Institute called “the Law of the Seize.” What started out in November 1967 with a General Assembly presentation by Ambassador Arvid Pardo of Malta as a call to establish a new political and legal regime for the ocean space ended in December 1982 with a draft convention. It was a mixed bag of successes and disappointments, but the Convention on the Law of the Sea has now been ratified by 162 states but not by the United States and certain other industrialized states.

For world citizens, the quality of the Law of the Sea Convention was of particular significance. The Convention tried to structure what had been largely customary international law and state practice into a legal comprehensive treaty. The Convention was an effort to formulate a written constitution for the world’s oceans. It was perhaps the most comprehensive legislative attempt in the annals of international law. The Convention specified that the greater part of the oceans was considered res communitis, a global common beyond national ownership, although the diplomats accepted an extension of national sovereignty from three to 12 miles from the coast line and a new concept of a 200 mile Exclusive Economic Zone (EEZ).

However, the UN Law of the Sea Conference was first and foremost a political conference with over 160 states participating. From the outset of the conference, it was agreed that the convention had to be drafted by consensus in order to create a political and legal system for the oceans acceptable to all − to manage what Arvid Pardo had called ‘the common heritage of mankind’. During the negotiations, there were groupings that cut across the Cold War divisions of the times, especially within a group called “the landlocked and geographically disadvantaged countries.” There were also informal groups of persons who acted in a private capacity, a mixture of NGO representatives, legal scholars, and business corporation representatives who prepared suggestions on many of the issues of the conference.[2]

Although the negotiations were carried out by the representatives of governments, all considered to be equal, there were a number of key individuals who through their personality, vision, negotiating skills, and drive played roles well beyond the status in world politics of their States. Thus, the President of the conference, Hamilton Shirley Amerasinghe of Sri Lanka was an outstanding leader, so much so, that when there was a change in government in Sri Lanka and Amerasingh was replaced as Ambassador to the UN, it was decided, after heated debates, that he should continue as President of the conference − the only case of a private citizen directing a UN conference. Unfortunately, he died in 1980 before the conference ended so he did not see the fulfillment of his efforts. He was replaced as President by a man who had already played a key role as chair of a working group, the very able Tommy Koh of Singapore. Paul Engo of Cameroon, chair of a different working group, was the dynamic voice of Africa, while Jens Evensen of Norway was the most active and constructive leader among European and North American diplomats.

The conference was, in many ways, a race against time as unilateral measures by individual states were breaking old conventional rules, making ocean practices a mixed pattern of national legislation, and customary international law. Unilateral legislation was being passed concerning the two key issues of the conference: national sovereignty beyond the shore line and deep sea mineral mining. South American states were claiming a 200-mile limit beyond the shore line, and the US Congress had passed legislation to allow US corporations to mine mineral resources on the sea bed, in particular manganese nodules.[3]

The forces of nationalism were too strong to be swayed by Pardo’s appeals to international cooperation and technocratic rationality. Instead the coastal states, developed and developing alike, saw in the newly available ocean areas an unexpected windfall, offering the prospect of a previously unimagined extension of their natural resource base through the creation of a 200-mile Exclusive Economic Zone. The economic goal of national autonomy had prevailed over the interests in global cooperation, setting in motion the processes of establishing vast national enclosures of offshore areas, especially those enclosures consonant with the new Exclusive Economic Zone regime. International cooperation had yielded to national autonomy.

During the conference, there were lengthy discussions concerning the exclusive economic zone of 200 miles around ‘islands’, ‘rocks’, and ‘low-tide elevations’. The distinctions were loosely made, and no one saw that the mining of petroleum around islands would become today an important political issue and a source of international conflict. Conflicts over national sea boundaries are particularly strong in the Pacific Ocean among China, Vietnam, the Philippines, Japan, Taiwan, and Cambodia, with India and Indonesia watching closely. The disputes arise largely because of the claims of waters around small islands as national territory. Most of these island are not permanently inhabited but are claimed as the starting point of “territorial waters”. Originally, the disputes concerned exclusive fishing rights within national territorial zones. Now the issues have become stronger, as it is believed that there are large oil and gas reserves in these areas.[4]

Concerning China’s dispute with Japan (which is also largely true of China’s policy with other Asian countries), Krista Wiegand writes “China’s current strategy is to negotiate with Japan over joint development of natural gas and oil resources outside the disputed zone This seems to be the most rational strategy it can take in the disputes. Rather than dropping its territorial claim, China continues to maintain its claim for sovereignty, while at the same time benefiting from joint development of natural gas resources. By maintaining the territorial claim, China also sustains its ability to confront Japan through diplomatic and militarized conflict when other disputed issues arise”.[5]

Territorial sea disputes can be heated up or cooled off at will or when other political issues require attention. We are currently in a “heating up” stage, though a 2002 Phnom Penh Declaration of Conduct of Parties in South China Sea calls for trust, restraint, and settlement by juridical means. Today, world citizens call for calm and a policy of mediation and arbitration before current tensions lead to ever-greater divisions.