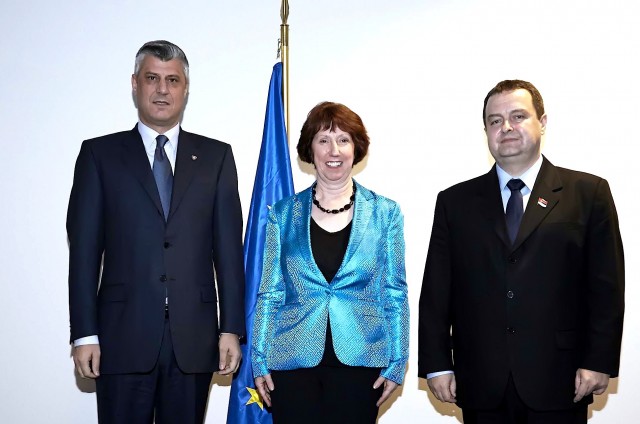 Diplomatic jargon obstructs understanding of problems to be overcome and construction of the means of overcoming them.

The study and practice of international relations is burdened by the tyranny of terms that are less descriptive than they are comfortable. They enable us to forego the work of analysis. They fortify baseline premises and bolster “the Literature.” The following list should be discarded – perhaps replaced but perhaps not. It is not comprehensive.

The International Community. There is no “the” International Community. The current arrangement among the world’s major powers is similar to that after the Napoleonic wars – a Security Council organized like the old Concert of Europe in that those major powers arrogate to themselves the right to make decisions for everyone else (and call those “law”). Like the earlier set-up, the current system was a reaction to a previous system that did not privilege the big powers as much. The Congress of Vienna arrangement reversed a deal struck at Utrecht after the War of Spanish Succession in which every sovereign player (to include, say, free knights in Germany) theoretically had an equal role in European security. The current system, given the optimistic name of “United Nations,” was designed to improve on the performance of the interwar League of Nations.

The bottom line is that none of the North Atlantic-driven versions of post-Westphalia international systems has produced an “international community” – the current version has reached something like the condition of Europe in the 1860s, when many participants got tired of pointless international conferences (then being serially proposed by France’s Napoleon III). What is different now is the growing inability of the waning transatlantic powers to paper over the growing holes in their paradigm. Too many actors are outside the system for it to be “the” anything. China and Russia both skillfully pick and chose which of its norms, structures, and rhetoric to use and which to discard. Patronage networks (to include complex criminal organizations) plunder it in increasingly sophisticated and corrosive ways. Growing numbers of terrorists simply attack it.

The _______People. In an article about sectarian and political problems complicating an American-inspired project to build a road between Baghdad and Amman, one of those building it said, “we hope the Iraqi people and the Jordanian people see this for what it is – an economic lifeline.” A reader usually can know a weak argument is coming when someone attaches to people a single civic label. Grouping everyone living within a state inside that state’s name is a way of pretending state and national loyalties are the same thing, or should be, and that the West’s preferred lexical politics of privileging civic identity is the only legal, legitimate description of intercommunal relations.

Some anomalies in this paradigm are obvious. Speaking of “Iraq” or “Syria” now is like imagining there still was a “Yugoslavia” after 1990 — it is worth remembering that is exactly what Western powers insisted (except for Germany, which itself was reconstructing two-thirds of its former self as the Soviet empire was collapsing. “Syria” and “Iraq” resemble Transoxiana more than Germany; once broken, some states are never mended even if outside powers force retention of names on maps. Meanwhile, the political status of the concept of “Kurd” is gaining stronger political status, no matter Turkish, Iranian, Russian, and other efforts to prevent this.

The European Path. Conjuring up a road to Europe is a way for those in the European Union to kick down the road the aspirations of those seeking membership. The Acquis and a mountain of procedural obstacles permit Euro-mavens to calibrate relations with those in the Balkans and Turkey that Brussels wants to keep in in a subservient status regarding EU lectures and instructions. There is no European path, but rather a process of medieval-style supplication at court. The original six and Rome Treaty signatories reacted to the permanent diminution of Europe’s world-conquering status with economic agreements and vaulting rhetoric. Britain went through multiple rounds of testing European waters (and patience) and now is getting out. The Visegrad countries fled from Soviet oppression to a Europe that welcomed them but now is dealing with the nativist proclivities of governments (and supporting voters) in Poland and Hungary.

The road Slovenia and Croatia shared was from a Balkan region they insisted they never were part of to their preferred label as Central European. Hans-Dietrich Genscher has had his policy realized; the wealthiest former Yugoslav republics have settled in the EU, leaving their former Yugoslav partners to their own devices. Serbia and Montenegro will have to find their own roads. Macedonia will be lucky if it can find a name. Kosova seeks a status. (Does Washington still imagine its current one is ”final”?) Bickering communities in Bosnia-Herzegovina will seek their own paths – to something.

Transition. I have written before about the triumphalist teleology official spokespeople and political scientists use to limit discourse and study to a fictional one-dimensional spectrum along which countries move toward and away from the Oz-like ideal of Democracy. Suffice to say here that use of this term precludes useful analysis and should be avoided.

Democratic Backsliding. There is a tale told by, among others, Western diplomats formerly stationed in Bosnia that Dayton Bosnia made progress toward democracy and European integration through the apogee of the administration of Paddy Ashdown. This narrative rests on the curious twist of logic that Ashdown’s use of the Bonn Powers to impose or abrogate legislation, to qualify or disqualify candidates for office, and otherwise decide unilaterally on what was best for Bosnia was somehow instilling respect for and experience in the procedure and content of democracy. Ashdown’s successors took seriously such claims from the Ashdownites and decided to permit Bosnians greater control over their own decisions. When Dayton Bosnia quickly proved itself ungovernable, the diplomats and others blamed the successors rather than Ashdown and demanded something called “constitutional reform.” Since 2009, Bosnian politicians from all communities have thwarted efforts to force through constitutional changes. There has been no “backsliding” from anything, but rather protection of parochial interests in a context where there exists no common civic interest. Referring to “democratic backsliding” permits those who helped ensure Bosnia’s dysfunction to pretend there really was progress toward a functioning democratic state in Bosnia before about 2006 and to slough off responsibility for what happened afterward.

Normalization. There have been a series of slogans used as euphemisms meant to obscure the fact that neither Washington nor the Europeans know what to do about the bedrock conflict for Kosova between Serbs and Kosovar Albanians. My personal favorite was “Standards Before Status,” which by 2008 turned into “(Contested) Status without Standards.” The one-sided April 2013 agreement brokered by Brussels ensured Serb municipalities in Kosova would have a universally recognized international status and Kosova would not. Since then, Serbia skillfully has exploited EU willingness to submerge the indelible status conflict under discussions over telephone codes, electricity, border crossing protocols, and other practical but subsidiary issues. Say what you want about the partnership of Messrs. Vucic and Dacic; they continue to out-perform Brussels and Pristina while parrying the Russians and telling Americans what they want to hear.

Those in Kosova who reject this process are right to do so, because this “European Path” can lead only to an eventual effort by Belgrade to get into the EU without recognizing Kosova’s sovereignty. One of three things will happen. Perhaps this Serbian effort will succeed, leading more Albanians in Kosova and Macedonia to see union with Albania as their only option (which would cause Belgrade to demand that their European partners help them to forcefully prevent such an outcome and maybe restore Serbian sovereignty in the lost province.) Perhaps Serbia will be not get into the EU, which would destabilize Serbian politics and make the Russian option look attractive. Or maybe the EU will be able once again to kick this can down the road, invoking again the rhetoric of “the European Path’ and “Normalization” or whatever words that have replaced them.

Terms like these protect marginalize any effort to challenge a haphazardly constructed post-Yugoslav status quo. The ease with which these words come and go reflects a rhetorical flexibility that masks conceptual weakness. This enables inertia, which too often is called ”progress.” A first step toward useful work would be to reject the notional truth content of slogans enforced from the outside in favor of a reconceptualization of regional and local problems designed to take head on disputes that otherwise some day likely will lead to renewed conflict.