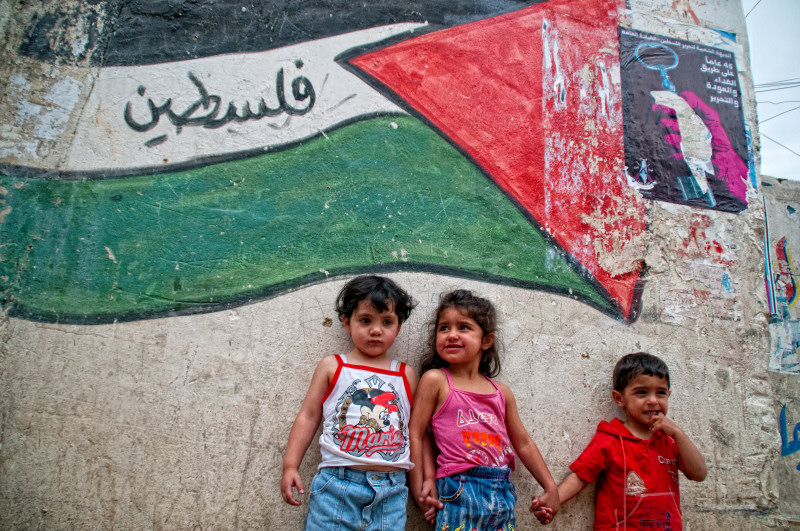 Notwithstanding the deplorable Israeli occupation of the West Bank and the blockade over Gaza, blaming Israel solely for the Palestinians’ misfortunes while refusing to look at their own shortcomings did nothing but undermine their legitimate cause. The Palestinian Authority and Hamas must now put their act together, abandon their old and tired narrative, stop their incitements and violent extremism against Israel, and present a plausible scenario for peace based on the Arab Peace Initiative.

The current efforts to reconcile between the Palestinian Authority (PA) and Hamas will be doomed to fail just like several previous attempts, unless both sides agree to resolve three major obstacles—a united strategy to find a peaceful solution to the Israeli-Palestinian conflict, the fate of Hamas’ cache of weapons, and the Palestinians’ future government—that have haunted them since Hamas took control of Gaza in 2007. Given their mutual animosity and deadly rivalry, the question is, will the Palestinians be able this time around to play their cards right?

First, agreeing on a peaceful solution to their conflict with Israel remains the central issue over which they must reach a consensus. Whereas the PA has long-since recognized Israel on the basis of the June 4, 1967 borders, Hamas—even though it has stated its willingness to negotiate with Israel on a two-state solution—continues to call for Israel’s ultimate destruction.

If Hamas were to join the PA and the latter assumes the responsibility to negotiate with Israel, neither the current right-wing nor even a future centrist/leftist Israeli government would negotiate with the PA unless Hamas first recognizes Israel and renounces violence, which it is unlikely to do.

Since it is widely assumed, however, that without Hamas no Israeli-Palestinian peace can endure, the question is how to persuade Hamas to accept the two preconditions without losing face. The answer lies with the Arab Peace Initiative (API). Acting as the mediator between Hamas and the PA, Egypt’s President Sisi should insist that Hamas embrace the API and join the ranks of the rest of the Arab world. The US and the EU should lend public support to this effort, which will open the door to legitimize Hamas as a partner in negotiations with Israel.

In the main, the API stipulates that recognition of Israel is conditional upon returning territories captured in 1967, a ‘just solution’ for the Palestinian refugees, and East Jerusalem becoming the capital of a newly-established Palestinian state. By Hamas embracing the API, it will strengthen the hands of Israel’s center and left parties who will then be in a strong position to present to the Israeli public a credible framework for peace. I maintain that short of achieving that, the PA and Hamas will continue to shuffle the cards, yet neither will score a winning hand.

The second major obstacle is Hamas’ possession of thousands of rockets and the determination of its military wing to retain them under any circumstances. PA President Abbas is correct to demand that Hamas must surrender such weapons, insisting that he will not allow Gaza to mirror the situation in Lebanon, where Hezbollah maintains a de facto state within a state with a huge arsenal at its disposal, free to operate as it deems fit.

Moreover, any Israeli government, regardless of its political leaning, will insist that a future Palestinian state be demilitarized and will not negotiate with the Palestinians under any threat. Given the unlikelihood that Hamas will surrender its stockpile of rockets to the PA and its desire to mend its differences with Egypt, President Sisi is in a position to insist that Hamas store its arsenal with Egypt.

In return, Egypt will open the border to Gaza and be in a strong position to coax Israel to gradually lift the blockade to ease the humanitarian crisis of the Palestinians, which Hamas desperately wants to alleviate. This was indeed one of the main motivators behind Hamas’ willingness to end its discord with the PA.

Egypt’s role as a go-between is indispensable, without which the prospect of a sustained unity agreement between the PA and Hamas is next to impossible. Moreover, the fact that Egypt is at peace with Israel puts it in a perfect position to also help shape the unity agreement between Hamas and the PA and make it ultimately conducive to peace with Israel.

In this regard, it should be noted that Sisi also wants a demilitarized Gaza and Hamas’ full cooperation to combat terrorism in northern Sinai. Thus, if Hamas wants to reconcile with the PA, it must work with Egypt to resolve the weapons problem, without which there will be neither a unity agreement with the PA nor a solution to the conflict with Israel. In this connection, the PA must also deploy its security forces into Gaza to take charge of the crossings into Israel to ease Israeli concerns and restrictions.

The third obdurate issue is the political nature of a future Palestinian government. Although both sides must remain committed to a democratic form of government, the Palestinians should agree on deferring general elections for at least five years, which the US and EU ought to support. In the interim, the PA and Hamas will establish a proportionate representative unity government based on the current demographic composition of the Palestinians in the West Bank and Gaza. Both sides would select representatives to fill all major government posts, with decisions made by consensus rather than a simple majority vote.

Due to the current political environment between the two sides, and given that it has already been established that the unity government will be led by Abbas, the prime minister should be selected from Hamas. General elections will be held once the transitional period passes, allowing new leadership to emerge. Both sides will have to fully abide by the results of the elections; otherwise, they will end up again as bitter rivals.

It should be emphasized that all cabinet members and other top officials must be apolitical figures—skilled, professional bureaucrats who will focus mainly on social programs, reconstruction, healthcare, education, and economic development both in the West Bank and Gaza.

This can be achieved only by initiating government-to-government economic projects and people-to-people social activities to build trust. Thus, a transitional period is central to mitigate both the intra-Palestinian political discord as well as relations with Israel.

Under any circumstances, the current right-wing Israeli government led by Netanyahu will not seek nor commit to a two-state solution. Therefore, what is critical here is that by engaging Israel in a process of reconciliation, the Palestinians can strengthen the hands of the Israeli opposition parties who will then be in a stronger position to make the case to the Israeli public in favor of peace based on a two-state solution.

Notwithstanding the deplorable Israeli occupation of the West Bank and the blockade over Gaza, blaming Israel solely for the Palestinians’ misfortunes while refusing to look at their own shortcomings did nothing but undermine their legitimate cause. The PA and Hamas must now put their act together, abandon their old and tired narrative, stop their incitements and violent extremism against Israel, and present a plausible scenario for peace based on the API.

It is true that this is a tall order. Given the stark ideological differences between the PA and Hamas, their contrasting approaches to resolving the conflict with Israel, and their rivalry for power, the chance of success is not promising unless they tackle the three major conflicting issues head on.

Otherwise, the PA-Hamas reconciliation efforts will amount to no more than a poker game where each side tries to outsmart or outright cheat the other. It is time for the PA and Hamas’ leadership to play their cards right.