Growing timidity around the issue of impunity from among members of the international community, including those countries who played a pivotal role in putting it on the agenda in Geneva, is deeply concerning. Unchecked, it is a trend which could fatally undermine the already slender prospects for meaningful action on the issue over the next 12 months – the timeframe for implementation currently envisaged by Resolution 30/1.

At this very moment, over a hundred thousand UN peacekeepers are deployed in nearly twenty countries around the world. Their purpose is just as their name suggests: to keep the peace; to stand between civilians and the forces that would harm them; to protect. And, by and large, they do just that, facilitating transitions away from conflict, and preventing the emergence of wars at a fraction of the cost and political energy that would be required to contain them once they begin.

Sadly, however, the noble goal of peacekeeping has too often been belied by the behaviour of peacekeepers themselves. As uncovered by one Associated Press investigation, there have been over 2,000 allegations of sexual exploitation and abuse by UN peacekeepers against civilians in the last twelve years alone. 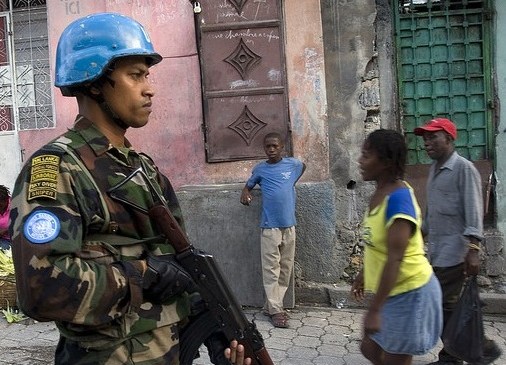 Some of the gravest incidents documented in recent times involve Sri Lankan troops. According to a confidential UN inquiry, at least 134 were implicated in the systematic sexual exploitation of children during a deployment to Haiti (MINUSTAH) between 2004 and 2007, leading the UN Secretary-General to call for the biggest repatriation of troops to date. As doggedly investigated by Journalists for Democracy (JDS) and the International Truth and Justice Project (ITJP), the punishments against those named in the UN report have been woefully inadequate. Not a single individual has been held criminally accountable. Indeed, some of those involved appear to have been promoted.

Despite this disturbing history – not to mention the outstanding allegations of grave war crimes committed by government forces during the final stages of the civil war – Sri Lanka’s aspirations to become a major contributor to UN peacekeeping forces have grown apace in the last few years. In September 2015, President Sirisena outlined publicly the government’s plans to increase the number of Sri Lankan troops deployed as part of peacekeeping missions around the world. Recent reports have placed the total pledged figure at 3,500. Meanwhile, senior military officials in Sri Lanka have been eager to talk up the financial benefits that such contributions would bring.[1]

Undeterred by the absence of accountability for past violations by Sri Lankan troops, the international community have accepted the offer of increased contributions of peacekeepers from Sri Lanka. According to one recent report, Sri Lankan peacekeeping personnel are now present in at least nine missions worldwide.

Under pressure, however, these contributions have been accompanied by various processes of vetting and screening to minimise the accompanying risks.  Both as a result of global concerns about violations committed by peacekeepers generally – as well as those committed by Sri Lankan ones specifically – a patchwork of ‘nets’ have been developed and deployed to filter out known and potential human rights abusers. These include:

Unfortunately, this patchwork appears to be failing to prevent civilians in conflict-zones from being placed at risk by Sri Lankan troops. As highlighted in a major new report by ITJP, not only have the nets been applied inconsistently, some of them contain serious holes.

For example, the most effective vetting and screening to date – the process carried out by the OHCHR with support from experienced UN investigators into war crimes in Sri Lanka – was a time-limited arrangement that covered but a small fraction of Sri Lanka’s overall proposed contributions.

Despite the transfer of that mandate to the Sri Lankan National Human Rights Commission in 2016, there remain serious concerns about how effective the new arrangement has been in rooting out problematic troops. Earlier this month, for instance, it emerged that 49 soldiers had been deployed to Lebanon without any vetting whatsoever, nor the Commission’s apparent knowledge. This followed revelations in February that three contingent commanders, whose frontline experience in the final stages of the Sri Lankan civil war ought to have exempted them from any peacekeeping role, had also been sent on the mission. 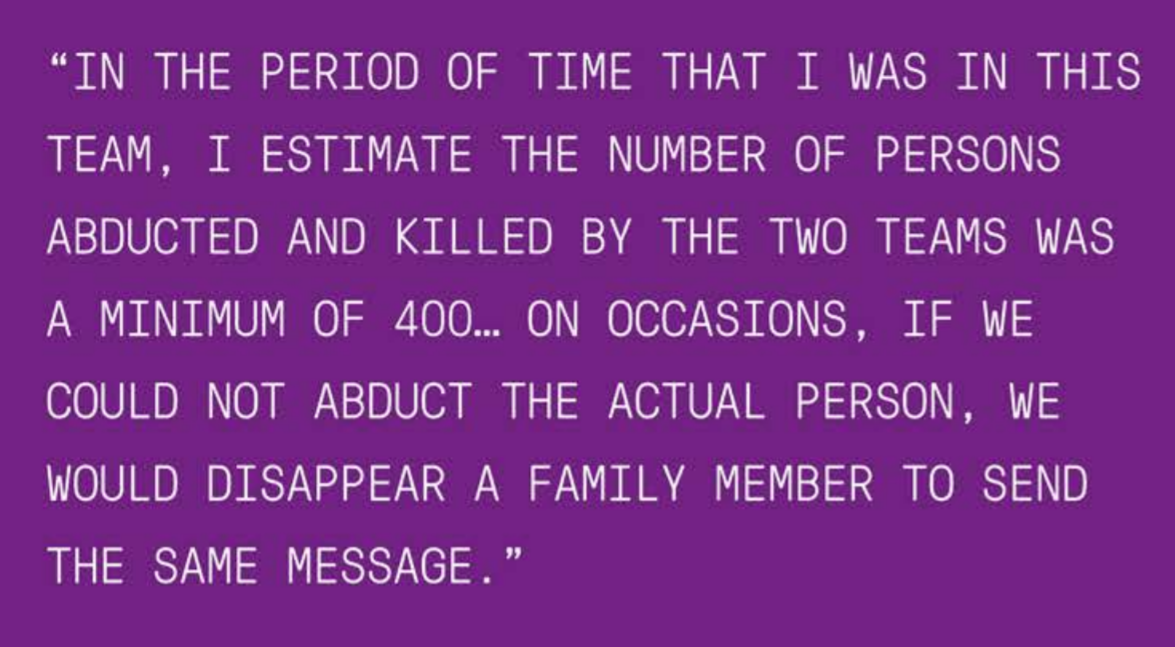 A wider concern raised by ITJP’s report relates to the criteria that is currently being applied by the Commission – and in particular, it’s adequacy in screening out members of Sri Lanka’s Special Task Force (STF), an elite paramilitary unit within the police widely accused of serious human rights violations both during and after the war. These violations include – as documented by the ITJP through some extraordinary insider testimony – abduction, torture and extra-judicial killing, among others. According to the report, one frontline STF officer alleged to be involved in some of these crimes is currently serving in a country in Africa.

As for the remaining layer of vetting and screening by the UN DFS, the report highlights a number of fundamental flaws in the processes that it adopts that cast serious doubt on its ability to act as ‘back-stop’ to the screening and vetting ostensibly taking place within Sri Lanka. In short, the report concludes, existing “vetting and screening at the level of both Sri Lanka and the UN is completely unsatisfactory.”

Beyond naming and shaming

The naming and shaming of problematic Sri Lankan troops is an important step in ensuring that perpetrators do not assume the role of protectors. To that end, ITJP has prepared a list of 56 individuals who should not be sent as peacekeepers, and has identified the name of one STF officer currently serving as a peacekeeper in Africa, which it has shared with UN officials. But a lasting solution will require much much more than journalists and human rights groups pre-empting troops from making it through the net when they should not, or catching them when they do.

Our view is that no Sri Lankan soldiers should serve in a blue helmet so long as allegations of serious human rights violations committed by them remain unaddressed. This is not simply what we think is the right thing to do; it is also what UN member states have said should happen, according to the terms of Security Council Resolution 2272, adopted in 2016. That Resolution empowers the Secretary-General to “assess whether a Member State has taken the appropriate steps to investigate, hold accountable [perpetrators of sexual abuse and exploitation] and inform him of the progress of its investigations when determining whether that Member State should participate in other current or future United Nations peacekeeping operations.”

Plainly, the fact that no Sri Lankan soldier has ever been criminally convicted for acts of child rape committed during the 2004-2007 Haiti mission constitutes a serious failure of accountability – and ample reason for the Secretary-General to exercise his discretion to refuse any further peacekeeping contributions from Sri Lanka until something is done. The near total impunity enjoyed by Sri Lankan troops in relation to the “widespread and brutal” use of sexual violence during the final stages of the civil war – as well as recent revelations that the Sri Lankan military is now disregarding the agreement between the government of Sri Lanka and the UN enabling vetting by the National Human Rights Commission – should further add to the case for him to act. 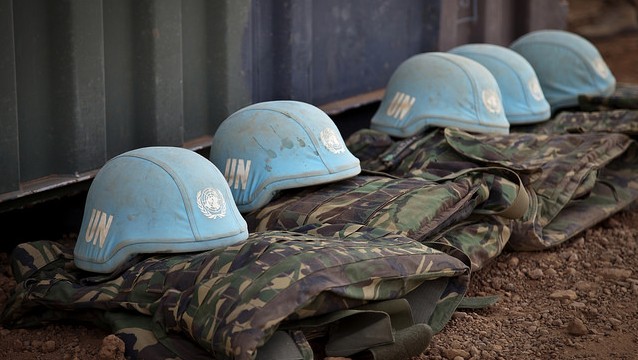 Short of such action from the Secretary-General, the international community must, as ITJP urge in their latest report, take the lead and begin to invest resources in a process of thorough and meaningful vetting. To date, it is only the process led by the OHCHR that has effectively fulfilled that role. Unless that same, or an analogous, procedure is developed – with transparent criteria being applied by individuals with relevant expertise – it seems only a matter of time before the nets currently in place fail again and new victims of abuses by Sri Lankan peacekeepers emerge as a result.

Should that happen, it would be the product of gross negligence on the part of the international community and the UN. In light of the proven failures of the current arrangements, they can no longer be bystanders to the serious risks currently posed by Sri Lankan troops to some of the world’s most vulnerable people.

Want to know more? Read ITJP’s latest report here, or check out this op-ed from Canadian MP Gary Anandasangaree on why Sri Lankan troops aren’t ready to be peacekeepers.

Want to take action? Mission:Justice is a new campaign that aims to ensure that countries that fail to prosecute perpetrators of sexual violence cannot contribute troops or police to peacekeeping missions. Get involved here.