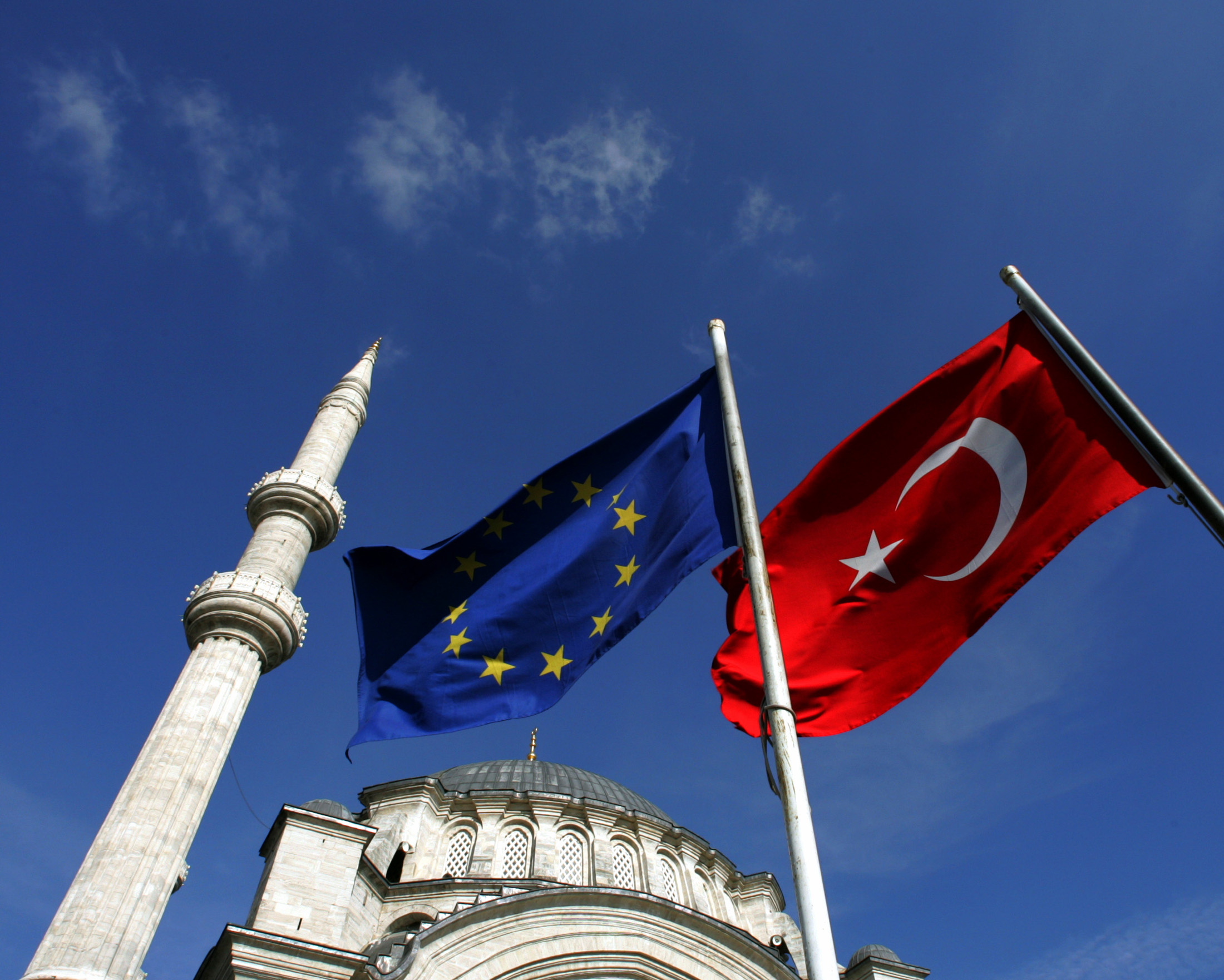 To be sure, Erdogan’s “peaceful onslaught” on Macedonia has one and one purpose only: to dominate the country under the guise of a long history of brotherly relations. This is Erdogan’s modern “Trojan Horse,” and the Albanians in Macedonia must realize that they are unwittingly falling into Erdogan’s trap.

By Alon Ben-Meir and Arbana Xharra

Turkey’s President Erdogan makes no secret of his ambition to spread his neo-Ottoman wings all over the Balkans. He views Macedonia as another Turkish satellite in the making, which sadly the Macedonian government seems to have embraced without carefully assessing the long-term adverse ramifications. Very few Albanian voices in Macedonia have the courage to publicly criticize Erdogan, fearful of becoming a target of threats and insults by a huge propaganda machine directed by many of his cronies. Erdogan has been extremely successful in influencing the majority of Albanians in the country, many of whom consider him as their one and only trusted leader.

For more than a decade, Erdogan has invested heavily in spreading his influence among Albanians, through building mosques and Turkish schools, and funding media, religious institutions, and most recently political parties, which are directly controlled by his close associates and have dramatically increased his influence over the Albanian community.

Anyone who dares to criticize Erdogan or discuss his personal ambitions in Macedonia is attacked publicly by the ‘internet brigade’ as an Islamophobe or traitor.

“I was personally a target of these attacks twice”, says Xhelal Neziri, an experienced investigative reporter from Macedonia.  “They cannot stop me from telling the truth, but it is a fact that many of my colleagues do not want to talk about this topic, because of the ‘lynching threats.’”

A majority of Albanians in Macedonia identify themselves as Muslims rather than by their Albanian national identity. There are voices within these fanatical religious groups saying that Albanians should not recognize Mother Theresa as a saint, even though she was an Albanian from Macedonia, because she does not represent the interests of the Muslim community. The number of those who believe that other national Albanian heroes like Gjergj Kastrioti ‘Skenderbeg’, who led a rebellion against the Ottoman Empire in the 1400s, should not be recognized because they were Christians, is increasing rapidly.

Compared to other Balkan states where Albanians live who don’t consider religion to be a dominant factor in their lives, Albanians in Macedonia are the staunchest supporters of Erdogan and his Islamic agenda. Erdogan’s strategy for restoring Turkey’s influence in the Balkans, akin to what the Ottoman Empire once enjoyed, had early success with the Albanians in Macedonia.

Nearly two-thirds of the population in Macedonia are ethnically Orthodox Christian Macedonians, and the other third of the population are predominantly Albanian Muslims. In 2001, tensions between the two groups escalated into an armed conflict between government security forces and the Albanian National Liberation Army (NLA).

The conflict was short-lived and ended with the Ohrid Agreement—a peace treaty that saw NLA commanders rebranded as legitimate politicians, gaining enhanced social and political rights which were granted to Macedonia’s Albanian citizens. While armed hostilities ended nearly 17 years ago, relations between the different groups are still raw.

Albanians are disadvantaged and neglected, and continue to suffer from inequality. Macedonia denied their basic human rights. The Albanian language was not recognized until March of 2018, when Macedonia’s parliament passed a law extending the official use of the Albanian language, despite massive Macedonian protests from the right-wing opposition.

The country’s Slavs and Albanians still live largely separate and do not enjoy equal rights. Erdogan has used ethnic and political problems between Macedonians and Albanians as a “golden opportunity” to portray himself as the greatest defender of the Albanians. Meanwhile, all of Turkey’s economic investments and trade deals are focused on the Macedonian side.

According to the World Bank, in 2016 Turkey’s exports to Macedonia totaled $378 million and imports amounted to $82.6 million. The Turkish Statistics Institute (TÜİK) reports that around 100 Turkish businesspeople currently have investments worth €1.2 billion ($1.47 billion) in Macedonia. These investments are focused in the parts where Macedonians live, while in the Albanian side Erdogan has invested in religious institutions to promote his Islamic agenda.

Erdogan has used Albanians as a trump card in his economic and financial investments to Macedonia. This way, he pretends to guarantee stability to the Macedonian state by converting the troublesome Albanian nationalism into a strong Islamic identity among Albanians.

In public speeches, Erdogan has repeatedly flirted with corrupt Macedonian government officials. He stated that Turkey and Macedonia share a bond of brotherhood and that “Turkey will always be on Macedonia’s side.”

In a conversation with Artan Grubi, a parliamentarian in Macedonia representing the largest Albanian political party (the Democratic Union for Integration, BDI), he stated that “The influence of the current Turkish government in the political setting in Macedonia is undoubtedly serious and present.”

Erdogan does that “through government financial aid, cultural exchange, [and] serving as a role model [to inspire] political parties and politicians such as the newly established entity BESA”, said Grubi, adding that the party he represents will not allow any marginal influences to stray them away from their projected path of integration into NATO and the EU.

The BESA Movement is a political party in the Republic of Macedonia founded in November 2014 by Bilall Kasami and Zeqirija Ibrahimi, chief editor of Shenja magazine, which is one of the most pro-Erdogan media outlets in Macedonia.

Leaders of this political party deny having direct links with Turkey, but they openly follow Erdogan’s line. In their first elections three years ago, they won five seats in the Parliament. We sent questions to the BESA leaders, but they did not respond.

Professor Ymer Ismaili, one of the most critical voices in Macedonia, declared publicly during the last elections in 2016 that the “BESA Movement is [a] religious sect with the open mission of spreading Erdogan’s Islamic agenda among Albanians in Macedonia.”

In a conversation with us, Ismaili said that Albanian nationals in the Balkans (especially in Macedonia) are Erdogan’s favorite “target” because of their religion, poverty, and functional educational illiteracy. “Erdoganism wants the Balkans ‘neo-invasion,’ not with military but with financial and religious means to undermine the ‘Christian’ Europe! In this ‘journey’ in certain situations, his political-geostrategic ally is Putin’s Russia. Both are united in their personal cult and their mission: They both are ‘dictators’ and anti-Western”, said Ismaili.

Many Albanian emigrants, after the Second World War and the establishment of the communist regime, fled to Western European countries or the US to find jobs or seek political asylum. “Almost every Albanian family has one member in the West and can obviously distinguish between what the West has to offer, culturally, politically, and in human rights, and what Erdogan can provide”, said Neziri. Nevertheless, they continue to be manipulated by Erdogan.

The Turkish Cooperation and Coordination Agency (TİKA), the Turkish government’s aid agency, maintains an office in Skopje staffed with a country coordinator and completed almost 600 projects in Macedonia by the end of 2017.

Yunus Emre, the Turkish government’s cultural promotion agency, is also active in Macedonia. According to Turkish Minute, “It is clear that Erdoğan is pushing all the government agencies to focus on [Macedonia] with all sorts of schemes, ranging from mosque building to establishing schools as part of a grand design to create a vassal state that will be loyal to his Islamist rule.”

To be sure, Erdogan’s “peaceful onslaught” on Macedonia has one and one purpose only: to dominate the country under the guise of a long history of brotherly relations. This is Erdogan’s modern “Trojan Horse,” and the Albanians in Macedonia must realize that they are unwittingly falling into Erdogan’s trap.