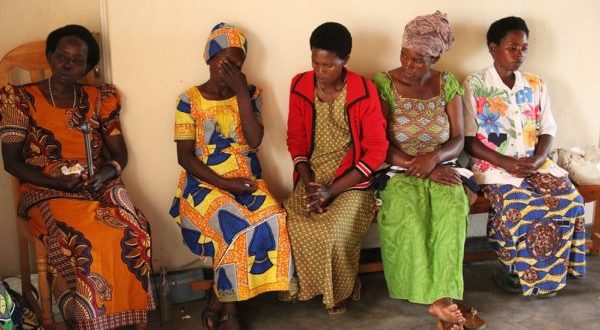 Rwanda is obviously not alone in its post-conflict trauma healing experience. Millions of people have more recently been affected by civil war in countries like Syria and Yemen. When the wars abate and reconstruction begins, Rwanda will certainly offer important lessons for these countries as they embark on their own trauma healing and reconciliation efforts.

As Claudine draws water from the ground at her home in rural Rwanda, nothing in her demeanour suggests that she has been to hell and back. Her focus is intense as she works the hand pump to fill her bucket with water. As she pauses for a rest, the pensive look in her eyes somewhat betrays her journey from the embers of the 1994 Genocide against the Tutsi, which plunged Rwanda into one of the deadliest episodes of violence since the Second World War.

Rwanda’s Ministry of Local Government estimates that 1,074,017 people were killed in the space of 100 days between April and June 1994. For direct victims like Claudine, it felt like the end of times. “After the Genocide I fell into a sort of darkness,” Claudine says. “Most of my birth family were killed, and my husband belonged to the group that had killed them. I was not able to grieve. I hated my husband and became cold towards my own children. I belonged neither with my husband’s family nor with the surviving members of my birth family, who considered me a betrayer. I stayed alone at home, and often could not even summon the energy to take a bath. I simply gave up on life.”

The Genocide left Rwanda’s social fabric in tatters. A generation later today, the country is a resurgent picture of economic growth, national resilience and dynamism in Africa. One critical obstacle that could however threaten its positive trajectory is the post-conflict trauma that lingers within the population.

A World Bank report on the link between post-conflict trauma and development notes that the invisible wounds that etch into the psyches of victims and survivors of extreme violent conflict can impede sustainable reconciliation and development. Fortunately, Rwanda recognised the need for trauma healing in the immediate aftermath of the Genocide. Several trauma healing initiatives were launched, but only at a small-scale because the needs far outstripped the number of practitioners available.

A 2015 research study by Never Again Rwanda (NAR) and Interpeace showed that many Rwandans still carry wounds from the Genocide. In some cases, the wounds have been passed down to successive generations which—although not directly impacted by the Genocide—must contribute to the nation’s recovery. The Rwanda Biomedical Centre estimates an overall 3.6% incidence of trauma among the general population (aged 14-65 years), peaking at a worrying high of 27.9% among Genocide survivors.

These statistics indicate that trauma healing remains a pressing public health issue in Rwanda. NAR and Interpeace have contributed towards addressing this challenge by implementing a psychosocial support group therapy programme over a four-year period, fostering both individual healing and social cohesion. The results of the programme are both encouraging and instructive. Participants have gradually become able to express themselves in a group setting, resulting in greater empathy and tolerance. Data from the programme shows that the group approach has reduced the effects of trauma among participants by 25%, and a reduced likelihood to seek revenge through violence. More significantly, the number of participants with regular suicidal thoughts dropped by 66%. Participants also exhibited a more proactive attitude towards mediation and reconciliation efforts, and increased involvement in family and community affairs.

Claudine is one of the participants who have finally been able to face the past. “It is only when I joined this support group, and realised I was not alone in my sorrow that I let it pour,” she says. “Finally I can breathe again. I feel alive again.”

Rwanda is obviously not alone in its post-conflict trauma healing experience. Millions of people have more recently been affected by civil war in countries like Syria and Yemen. When the wars abate and reconstruction begins, Rwanda will certainly offer important lessons for these countries as they embark on their own trauma healing and reconciliation efforts.

Dr. Joseph Ryarasa Nkurunziza is the Executive Director of Never Again Rwanda (NAR), a peacebuilding and social justice organisation formed in the aftermath of the 1994 Genocide against the Tutsi.

This article was originally published by InterPeace and is available by clicking here. The views expressed in this article do not necessarily reflect those of TransConflict.