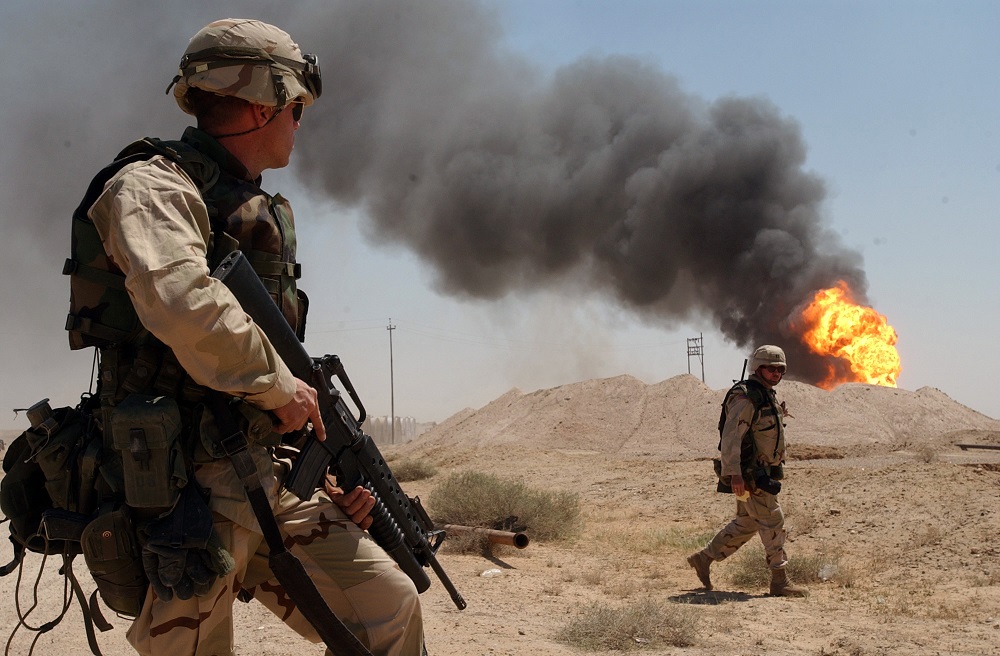 The year 2020 will most likely be as turbulent if not more so than 2019 due mainly to the lack of American leadership and the rush of other powers, especially Russia, China, and to a lesser extent Turkey and Iran, to fill the vacuum the US is leaving behind. Beyond that, however, we are witnessing a global transformation where nationalism, extremism, and xenophobia are on the rise, millions of refugees are on the move, and poverty and economic dislocation are rampant, which together greatly contribute to instability and violence.

Unless some drastic measures are taken, the various conflicts in the Middle East will become ever more intractable and exact a horrifying toll in blood and massive economic dislocation. The continuing severity of these crises and their repercussions will depend on whether or not the combatants assume a realistic posture, or new leadership rise and commit to finding equitable solutions that can endure. We must keep in mind though that the turmoil we experienced in 2019 may further intensify in 2020 because of the continuing global crisis of leadership and the challenges posed to the global order that was established in the wake of World War II. The following brief review of seven Mideast conflicts reflects these developments and raises the question as to what must be done to change the dynamics in the hope of solving some of these conflicts.

The Israeli-Palestinian conflict is the oldest and most intractable conflict that has consumed both people for more than 70 years, and has been further impaired by their leadership’s refusal to recognize each other’s right to the same land. The leaders betrayed their people by failing to appreciate each other’s psychological, religious, and historic attachment to the land and being blind to the inter-dispersement of the population that makes coexistence inevitable. Israelis and Palestinians must now choose between endless violence, or living in amity and peace. Given the crisis in leadership, the hour calls for new visionary and courageous leaders who recognize that their people’s future security and prosperity still rests on the only viable option—the two-state solution.

Following the revolution in 1979, Iran sought to become the region’s hegemon equipped with nuclear weapons. The turmoil sweeping the Middle East points to Iran’s complicity in most of the conflicts destabilizing the region, including Lebanon, Yemen, Iraq, and Syria, while enlisting, financing, and training jihadist and terrorist groups and threatening Israel’s existence. Although the US’ withdrawal from the Iran deal was a mistake, Iran’s defiance led to crippling US sanctions. Seeking regime change and destroying Iran’s nuclear facilities is not the answer. The resumption of US-Iran talks offers the only way out, provided Iran plays a constructive regional role and abandons its grandiose delusion to become a nuclear power and the region’s hegemon.

Since Iraq was established in 1932, it went through frequent political turbulence, overshadowing its glorious history. Following the revolution in 1958, the Ba’ath Party, a nationalist and socialist regime, rose to power and was able to finance ambitious projects throughout the 1970s. In 1979, Saddam Hussein, a ruthless autocrat, assumed power and led the country to the disastrous Iran-Iraq and Gulf Wars. The 2003 war killed over 100,000 Iraqis, decimated the country, and invited Iran to exercise immense influence on all Iraqi affairs, while the people suffer from profound economic hardship. The current massive demonstrations demanding the ouster of Iran will ultimately prevail and restore Iraq’s unique national identity, for which all Iraqis yearn.

The Yemen war will be recalled as perhaps the most horrific humanitarian disaster in modern history. It is a proxy war pitting the leader of Sunni Muslims—Saudi Arabia, which supports the internationally recognized government and is determined to prevent Iran from establishing a foothold in the Arabian Peninsula—against the leader of Shiite Muslims—Iran, which backs the Houthi rebels. Yemen became the battleground, and the Yemenites are killed in God’s name. Tens of thousands have died, millions are starving, and over a million children are infected with cholera, all while the country lies in ruin. Five years later, the warring parties have finally realized the war is simply unwinnable. Ultimately, both sides must negotiate a solution.

The price of insatiable lust for power:

Syria’s civil war that started in 2011 is hard to fathom. What began as a peaceful demonstration became the most devastating war of the 21st century. Had President Assad responded to his fellow citizens’ demands by providing them with basic human rights, he might have averted a calamitous war that has killed nearly 700,000 people, rendered 11 million refugees or internally displaced, and leveled half the country to the ground. Now Assad is at the mercy of Russia, Turkey, and Iran, who are determined to maintain a permanent foothold in Syria. Syria may well become the battleground between Israel and Iran, while scores of militia, jihadist, and terrorist groups roam the country with no foreseeable end.

Soon after Turkey’s President Erdogan came to power in 2002, it was believed that under his stewardship Turkey would become the first functioning Islamic democracy. He embarked on socio-political reforms and extensive economic developments, and engaged the Kurds to end a decades-long conflict while improving Turkey’s prospective integration into the EU. But then he reversed gears. For him, democracy was only a vehicle to promote his Islamic agenda and lead the Sunni Muslim world. He pursued his religious and ideological rivals with vengeance, imprisoning tens of thousands of Gülen followers and Kurds, along with nearly 200 journalists who are still languishing in jails. He will leave behind a legacy of a ruthless leader possessed with Ottoman revivalism, who squandered Turkey’s prospective brilliant future for a self-defeating dictatorship.

The Afghanistan war, the longest in American history, should have ended one year after it began in 2001. It was clear that the Taliban’s initial defeat was temporary and that they would return to reclaim their inherent right to the millennium-old land of their ancestors. The US’ efforts to establish a democracy, coupled with a mounting build-up of American troops and escalating cost, bore little fruit. The Taliban relentlessly maintained their counter-offensive and, irrespective of their heavy losses, reestablished their central role. Under any negotiated agreement, the Taliban will eventually take over. All that the US can do is require the Taliban to fully adhere to human rights, and punish any violations with crippling punitive sanctions.

There are certainly many other countries in the Middle East and North Africa suffering from political instability, daunting economic hardship, violence, uncertainty, and fear. Sadly, the efforts that have been made by the UN, EU, and the US to quell or resolve many of these conflicts – be they in Lebanon, Libya, South Sudan, or many other countries – have largely failed.

The year 2020 will most likely be as turbulent if not more so than 2019 due mainly to the lack of American leadership and the rush of other powers, especially Russia, China, and to a lesser extent Turkey and Iran, to fill the vacuum the US is leaving behind. Beyond that, however, we are witnessing a global transformation where nationalism, extremism, and xenophobia are on the rise, millions of refugees are on the move, and poverty and economic dislocation are rampant, which together greatly contribute to instability and violence.

Sadly, these developments coupled with a worldwide crisis of leadership may well worsen before a new generation of leaders can rise and try in earnest to resolve many of these conflicts humanely, passionately, and equitably to ensure their durability.