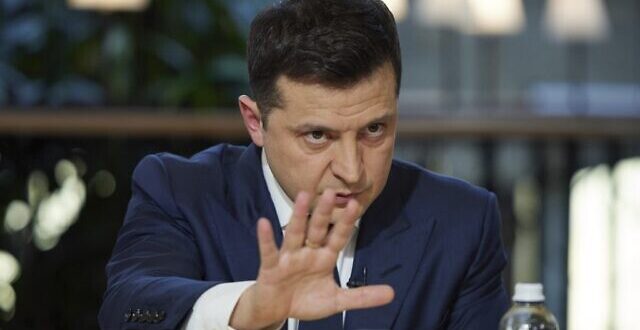 This food crisis suggests the need to establish secure transportation zones in Ukraine and the Black Sea to allow food to be gathered and transported. The UNGA – acting under the Uniting for Peace Resolution and with the approval of the Ukrainian government – could recommend to UN members undertake such an operation.

Under Article 24 of the United Nations Charter, the UN Security Council (UNSC) has “primary responsibility for the maintenance of international peace and security.” Chapter Seven, Article 41 gives the UNSC authority to take measures in this regard (without use of force) including “complete or partial interruption of economic relations and of rail, sea, air, postal, telegraphic, radio, and other means of communication, and the severance of diplomatic relations.” Article 42 provides the Security Council the authority to take “such action by air, sea, or land forces as may be necessary to maintain or restore international peace and security. Such action may include demonstrations, blockade, and other operations by air, sea, or land forces.” Thus the Security Council has primary authority to mandate UN peacekeeping operations. There have been 70 such since the first in 1948 with 12 missions currently in the field.

The UN Charter does not give the General Assembly (UNGA) a similar role in carrying out the UN responsibility for preserving international peace. Indeed, Article 12 specifically states that “while the Security Council is exercising in respect of any dispute or situation the functions assigned to it in the present Charter, the General Assembly shall not make any recommendation with regard to that dispute or situation.” Nevertheless, in November 1950, the UNGA adopted the “Uniting for Peace” declaration giving it a role if the Security Council fails to act, owing to negative votes by permanent members but where there appears to be a threat to the peace, breach of the peace or act of aggression. Then the “General Assembly can consider the matter with a view to making recommendations to Members for collective measures to maintain or restore international peace and security.” This resolution has been invoked only once, in 1956 during the Suez Crisis when France and the UK blocked the UNSC from acting. (This was in the context of sending a peacekeeping mission with the approval of the parties and the consent of the host country, Egypt.)

In March, I suggested that if NATO could not act to intervene in Ukraine, then perhaps the EU countries – as a group or individually – could do so to establish a security zone in western Ukraine. This has not happened. But as the war in Ukraine heads into a fourth month, it’s become clear that the Russian invasion is threatening global peace and security. Russia has seized Ukrainian grain and blocked or destroyed Ukraine’s ports. By so doing – and in the context of the attendant food oil and fertilizer shortages caused by the war and sanctions – Moscow’s actions directly threaten food security across the world.

This food crisis suggests the need to establish secure transportation zones in Ukraine and the Black Sea to allow food to be gathered and transported. The UNGA – acting under the Uniting for Peace Resolution and with the approval of the Ukrainian government – could recommend to UN members undertake such an operation. This might gain African votes as that region will be much affected. (Egypt would be at the top of that list.) Such a mission would be entirely defensive as it would operate on Ukrainian territory and with that government’s consent. NATO need not take a direct role while individual member countries might along with others drawn from the long list of UN contributors to peacekeeping. Many of the latter may also be affected by global food and other war-related shortages.

Gerard M. Gallucci is a retired US diplomat and UN peacekeeper. He worked as part of US efforts to resolve the conflicts in Angola, South Africa and Sudan and as Director for Inter-American Affairs at the National Security Council. He served as UN Regional Representative in Mitrovica, Kosovo from July 2005 until October 2008 and as Chief of Staff for the UN mission in East Timor from November 2008 until June 2010. He has a PhD in political science, taught at the University of Pittsburgh, University of Arkansas, George Washington University and Drake University and now works as an independent consultant.