The survey covered a total of 195 respondents, 99% which came from the Novi Pazar area. The main objective of the study was to assess the level of understanding about minority rights and the role of the Bosniak National Council in protecting and promoting them. The questionnaire collected a variety of demographic and socio-economic data of the tested samples, including place, age, level of education, number of children and average monthly income per household member.

The Minority Rights of Bosniaks 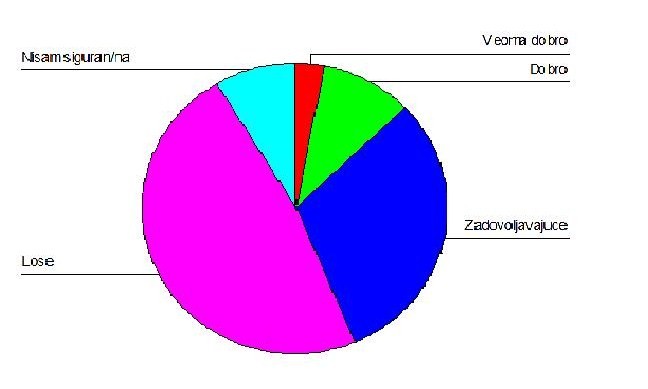 More than half of the tested sample considers that respect for the rights of the Bosniak community in Serbia in recent years has not changed – either in a positive or negative sense – and 16.9% considered that there was a change for the worse. Also, the respondents were able to explain their answer to previous questions, or to list examples demonstrating changes in the respecting the rights of the Bosnian community in recent years.

Some examples given of change for the better are:

Some examples given of changes for the worst:

The interviewed citizens of Novi Pazar, in most cases, are not sure whether any measures are taken to better integrate Bosniaks into society (42.5%), and also a great number of them (39.5%) believe that no action has been taken in this area.

The respondents who consider that the actions to encourage better integration have been taken referred the following examples:

With respect to methods to improve the integration of all communities, the respondents asserted that this can be achieved by multicultural education in schools (29.2%), local economic development (27.7%) and organizing joint cultural activities (23.1%). 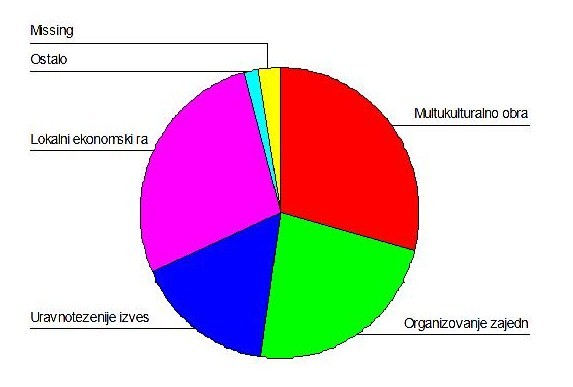 In the case of the need to protect their minority rights, 25.1% of the respondents would contact the Bosniak National Minority Council for assistance, followed by municipal governments (18.5%) and civil society organizations (13.8%). What is of concern is the percent of those who, in any violation of their rights, would not contact anyone (16.4%). The question remains, is one of the reasons for this attitude a lack of confidence in the work of these institutions and/or a lack of information?

In the event that they require certain assistance, the largest percentage would ask for employment opportunities (41%) and legal advice (19%). These responses reflect the real situation in Novi Pazar, where most of the problems revolve around a lack of work.

The role of the Bosniak National Minority Council as the survey respondents see it is:

Also, almost 60% of the sample did not know – or is not sure if – the Bosniak National Minority Council promotes advocacy and the protection of minority rights. 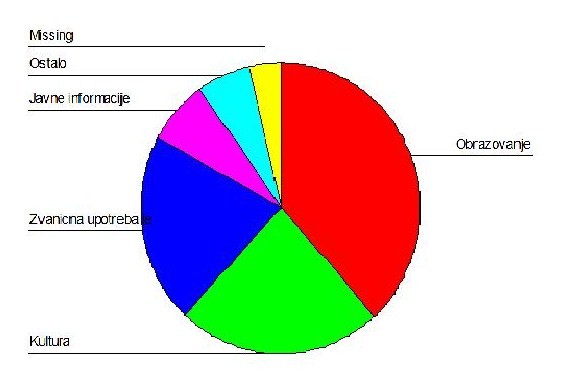 In education, 40.5% of the sample recognize that the most important issue the Bosniak National Minority Council should deal with is amendments to the existing curriculum, particularly where it concerns history, arts and literature. A large percentage (36.4%) cited as a key issue above all – the quality of education, which is one of the general goals of education regardless of the activities of the Bosniak National Minority Council.

There is still a relatively large number of members of the Bosniak community who, in case of need, would not – or are not sure that they would – turn to the Bosniak National Minority Council to defend their rights (more than 50% of the sample).

In case they would not turn to the Bosniak National Minority Council, the respondents were able to explain or to state their reason for this attitude. The main reason is a lack of information regarding the Council (22.1%). However, in the case of better informing of citizens about the role and function of the Bosniak National Council, their confidence in the work of the Council and their willingness to, if necessary, ask for help from this institution increases.

For further information about the project, ‘Promoting and strengthening the role of the Albanian and Bosniak National Minority Councils (NMCs)’, please click here.