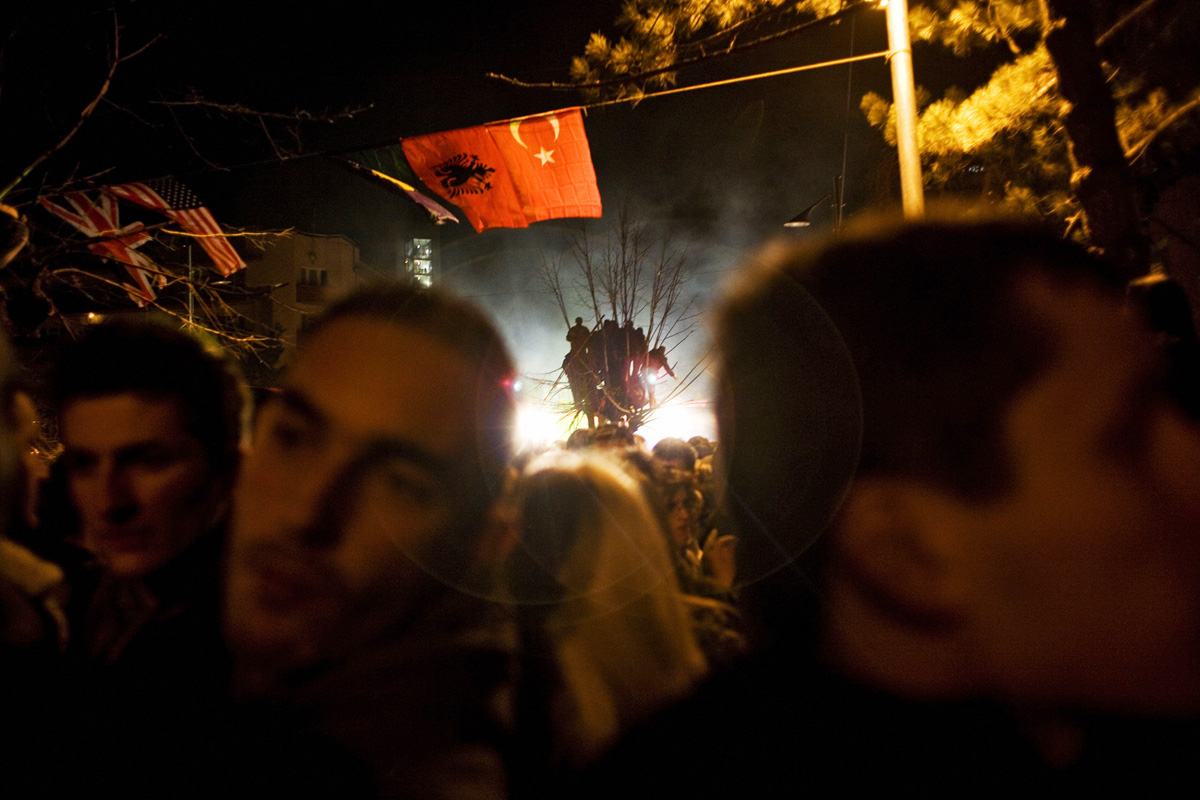 UNMIK, EULEX and KFOR should act as necessary to stop unilateral construction in north Mitrovica until there is a mutually agreed, Kosovo-wide approach to internally-displaced persons (IDPs) from all communities.

Since Kosovo declared its independence in February 2008, the focus of the internationals supporting that declaration has been largely on the north.  During the first years, KFOR and EULEX – the Quint agents acting in Kosovo formally under the status neutral mandate of UNSCR 1244 – allowed, and in some cases supported, Pristina’s efforts to bully the southern Kosovo-Serbs to accept participation in the new state.  That worked as Serbs in the south have no alternative other than to leave.  Meanwhile, Pristina and its internationals sought to build pressure on the northern Kosovo Serbs to either surrender or succumb to provocations and undertake violence that would justify a NATO seizure of the north.   Pristina tried to seize the northern boundary crossings, to send its special police (ROSU) into the north, to impose unilateral “returns” in the north to re-engineer the ethnic balance there and to end or limit the UN role in north Mitrovica.   EULEX and KFOR tended to support these efforts until the unfortunate violence of late 2011.

This year, it seems that the Quint has backed off somewhat from efforts to impose Pristina’s rule in the north through force.  Instead the EU and US have apparently been focusing on pushing Belgrade to give up the north through “negotiations.”  In order to receive a date for EU membership, Serbia is to “abolish” its local institutions in the north and reach an accommodation with Pristina on the northern boundary that they hope will amount to making it a recognized border.

Pristina, however, is not comfortable with this approach.  The current leadership there does not want compromise and probably has a clearer idea of what the Serbs can accept than their internationals do.  Neither Belgrade nor the northern Kosovo Serbs will accept surrender.  The local Serbs will not as they see it as the prelude to their eviction and the government in Belgrade cannot because it can’t simply abandon Kosovo in exchange for nothing but vague EU promises.  The Kosovo Albanians understand this quite well.  They therefore want to continue pressure on the Serbs to gain advantage or force an error.  As the internationals have not allowed them to seize the northern crossings, their efforts focus on injecting more Albanian “returns” and construction in north Mitrovica and trying to close the UN office there.  Also, the occasional stoning, shooting or grenade attack in mixed areas along the River.

The UN remains responsible for ensuring peace – a safe and secure environment – in north Kosovo, as do KFOR and EULEX.  In the face of violence surrounding the illegal Albanian construction in the high ground of Brdjani in north Mitrovica, KFOR increased its presence and reportedly prevented an attempted incursion by ROSU.  Some construction has stopped but some continues.  UNMIK’s failure so far to formally require the end to unilateral construction allows EULEX and KFOR to escape their responsibility to stop it.  UNMIK does know better.  In a briefing to diplomats prepared for November 27, it called the construction – presented as “returns” – more about “creating facts on the ground.”   UNMIK also was critical – in the mild UN way – of the effort by the south Mitrovica municipal government to extend its control into the north and to cut off payment of salaries to staff of the local UN administration there (UAM).   UNMIK noted that limiting UAM’s ability to act leads to “confrontation between Serb and Kosovo institutions becom[ing] sharper with little acceptability for Pristina outreach efforts [sic] which are overshadowed by what is perceived as efforts to dictate and take control amidst allegations of attempts to change demographics through the (re)building process.”

UNMIK pleads that lack of Kosovo Albanian acceptance of its role in the north means it can do little more than call for dialogue.  But sometimes, peacekeeping requires setting firm limits.   Dialogue is unlikely to prosper while one side continues to do what it wants.  UNMIK, EULEX and KFOR should act as necessary to stop unilateral construction in north Mitrovica until there is a mutually agreed,  Kosovo-wide approach to internally-displaced persons (IDP’s) from all communities.