TransConflict organized a third working breakfast – on the challenges of transitional justice in the former Yugoslavia – as part of its recently-launched project, ‘Understanding and combating extremism in Serbia’. 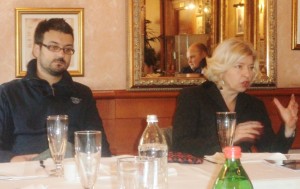 Nemanja Stjepanović, from Sense Agency, spoke about their plans to create a Centre for Transitional Justice, head-quartered in Pula, with regional informational centres/museums providing people access to video archives about crimes committed in, for instance, Srebrenica, Knin and Vukovar.

Transitional justice in the region faces new challenges in light of the acquittal on appeal of Ante Gotovina, a retired Croatian general, and Mladen Markač, former commander of the Croatian Special Police, who were originally found guilty of war crimes, and sentenced to 24 and 18 years imprisonment, respectively; a verdict that was followed some weeks later by the re-acquittal of Ramush Haradinaj. 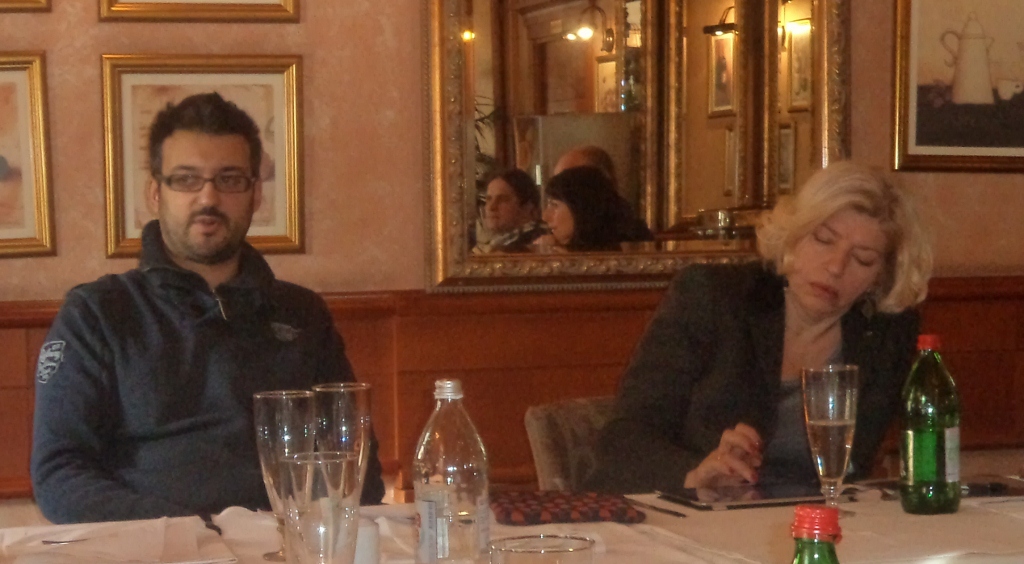 Mr. Stjepanović argued that the only similarity between the two cases is the fact that they were acquitted. However, whilst Haradinaj’s acquittal derived from a lack of evidence provided by the prosecution, the Gotovina decision was surprising given the strong evidence provided during the first trial; which Mr. Stjepanović characterised as a clear example of a joint criminal enterprise (JCE), leading him to quote Judge Fausto Pocar who said that it was unnecessary to destroy the foundation of the initial JCE ruling.

For Mr. Stjepanović, if Haradinaj was acquitted but Gotovina’s verdict up-held, there wouldn’t be such consequences as it would be more easily explainable, whereas now it is much more difficult to speak about the achievements of the International Criminal Tribunal for the Former Yugoslavia (ICTY), which does not mean that everything done to date was worthless. Both speakers agreed that the defence teams – in both cases – was much stronger than those of the prosecution. 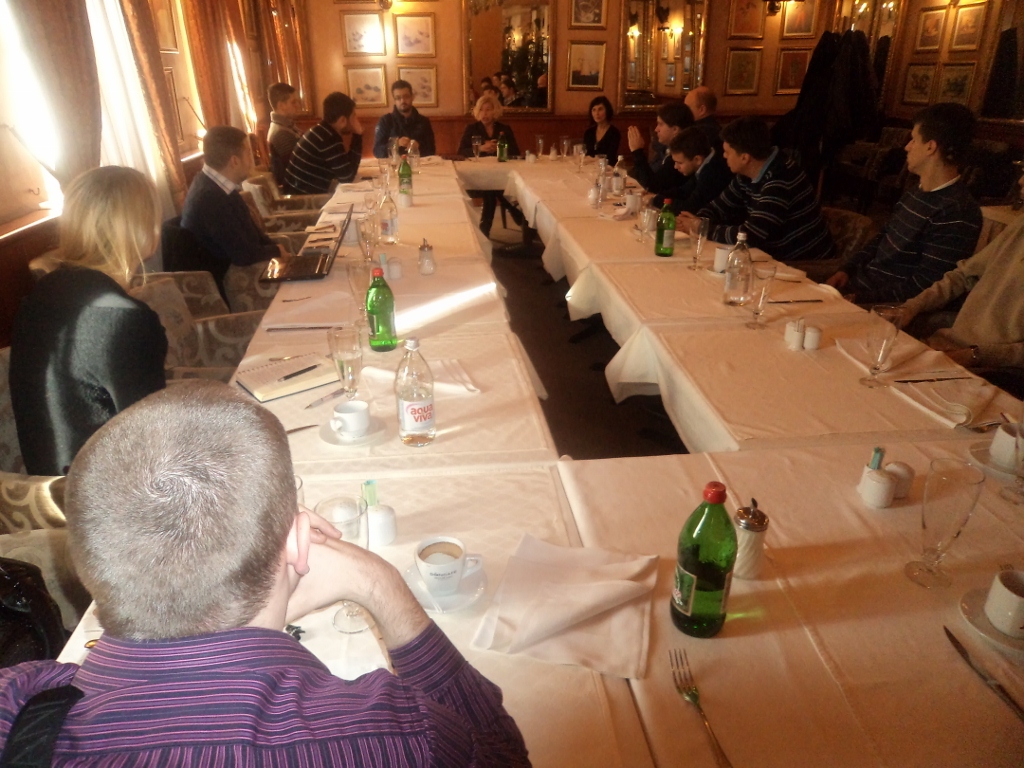 Ms. Igrić, meanwhile, believes that there will not be strong political consequences, as the Serbian government is desperate to secure a date to start membership talks with the EU. Furthermore, with respect to relations with Croatia, there won’t be any significant deterioration as ties had already been affected by the election of Tomislav Nikolić as Serbia’s president. However, from a societal perspective the fact that only 0.3% of Croatian citizens thinks that the acquittal of Gotovina was unjustified will mean that the narratives of the nineties will continue to predominate public discourse; with The Hague’s verdict reinforcing the Croatian narrative of having fought only a defensive war, whilst in Serbia the dominant narrative is that everyone should share some of the guilt. There is now, in Serbia, an atmosphere of victimization and the idea of a conspiracy against Serbs.

From the perspective of civil society, human rights activists in both Croatia and Kosovo are facing increasing difficulties in discussing openly the crimes committed by their respective sides, with many facing threats and intimidation. Mr. Stjepanović argues that, in the long run, the acquittal of Gotovina may foster an environment where those who disagree with the prevailing narrative are largely silenced.

As the breakfast meeting was ending, a strong students protest against the aforementioned verdicts congregated outside the venue, demonstrating the strength of feeling that continues to linger. 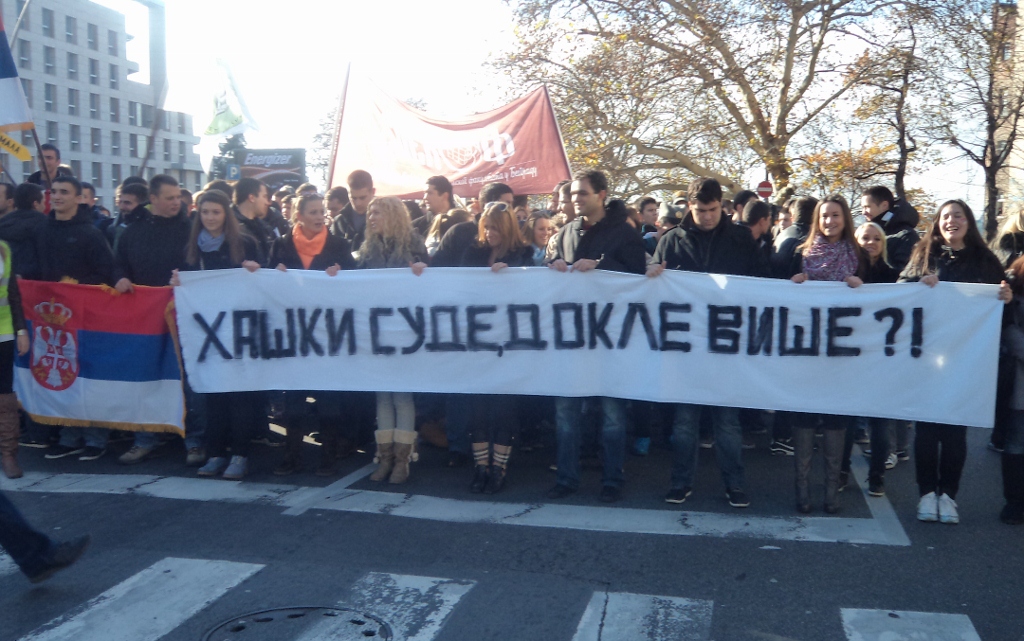 The next panel discussion will focus on the topic of religious fundamentalism. During the first breakfast meeting, Goran Tepšić and Mladen Stojadinović – from the Center for Peace Studies (Centar za studije mira) at the Faculty of Political Science in Belgrade – addressed the audience on the issue of political extremism, ethnic stereotypes and national myths. TransConflict also had the pleasure of hosting Mr. Marko Savković and Mr. Saša Đorđević, researchers from the Belgrade Centre for Security Policy (BCSP), who addressed the participants on the topic of violence in sport.

The participants also undertake trainings on advocacy campaign cycles, delivered by Srećko Šekeljić. The goal of the training programme is to help the participants understand and utilize a strategic approach to advocacy campaign development and management, thereby improving the quality of advocacy responses to instances of extremism; whether they be, for example, cases of violence or racism in sport, hate speech directed towards ethnic minorities or instances of political extremism.

To learn more about the project, ‘Understanding and combating extremism in Serbia’, please contact TransConflict by clicking here.