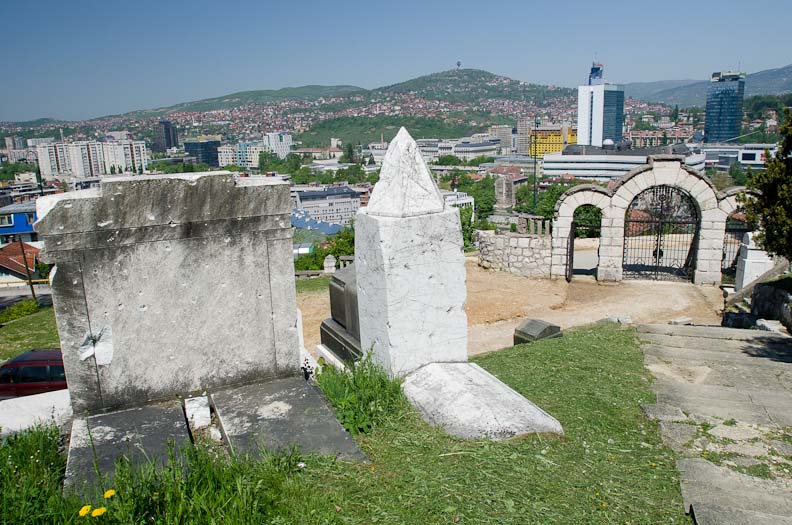 With four key verdicts delivered by the Hague Tribunal, 2012 proved to be turbulent year for transitional justice in the former Yugoslavia; one that threatens to further endanger already damaged regional co-operation.

The year started promisingly for Croatia-Serbia relations, as the newly-formed socialist government in Croatia announced the possible withdrawal of the genocide lawsuit against Serbia, which was filed before the International Court of Justice (ICJ) in 1999. In February, both Serbian and Croatian presidents gave their backing to a three-state agreement on the joint prosecution of war crimes, but Bosnia-Herzegovina’s tripartite presidency was unable to reach a unanimous agreement. However, after a year of delay, Serbia and Bosnia will sign the protocol on prosecuting war crimes in January 2013, while an accord between Croatia and Bosnia is yet to be agreed.

Recent improvements in regional cooperation came to a halt in May with the election of a new Serbian president, Tomislav Nikolic. Bearing in mind his nationalistic past as None of the comrades of Vojislav Seselj, the leader of the Serbian Radical Party (SRS) who is currently on trial at the Hague, the countries in the region were sceptical about Serbia’s choice. Nikolic sparked controversy shortly afterwards when he stated that the Croatian town of Vukovar, scene of some of the fiercest fighting, is “a Serbian town” and that a “greater Serbia” was his “unrealised dream”. Croatian officials described the statements as “shocking and absolutely unacceptable for Croatia.” “If Mr Nikolic’s statement means a return to the ideas of the nineties, I can say in the name of all Croatian citizens that those ideas will not be realised,” said the Croatian President, Ivo Josipovic.

And yet Nikolic did not stop at Croatia, instead continuing to provoke both the EU and regional leaders by stating that war crimes committed in 1995 in Srebrenica did not constitute genocide, but a mass crime committed by individuals. Speaking to the Montenegrin state television on May 31st, he said, “There was no genocide in Srebrenica…No one has proved it so far. One officer has been convicted and now all those that were in cooperation with him will be convicted as well. But it is hard to tell that there was an intention [of genocide].” The Bosniak member of the Bosnian Presidency, Bakir Izetbegovic, accused Nikolic of irrevocably harming the relations between Bosnia and Serbia and offending the victims, while EU officials slammed Serbia for rewriting history. The European Union said then that it is expected that all leaders in the Balkans should admit what happened during the nineties and should acknowledge the verdicts of international courts which ruled that genocide took place in Srebrenica. Serbian human rights activists also accused Nikolic for endangering regional cooperation between Serbia, Croatia and Bosnia, which according to their annual report is at its lowest level since 2000.

As almost all the countries of the Western Balkans are on their way towards EU membership, 2012 was marked by a number of changes to countries’ legislations and legal systems. Montenegro started its accession negotiations with the screening of its preparedness for the opening of Chapter 23 (on Judiciary and Fundamental Rights) and Chapter 24 (on Justice, Freedom and Security).

The most dramatic change took place in Macedonia, which – following in the steps of many former Communist states – has enacted lustration laws as a way of addressing past injustices stemming from politically-motivated judicial proceedings by exposing former police collaborators who snitched on people. Macedonia established a Lustration Commission, tasked with conducting the process, which was often a subject of criticism that it “has become the government’s instrument for the tendentious and selective stigmatization”. Originally passed in 2008, Macedonia’s Lustration law stirred wide public controversy, with critics and opposition members accusing the government of prime minister Nikola Gruevski of misusing it as a witch hunt against its opponents and critics. Macedonia’s parliament passed a new lustration law in June, after the Constitutional Court scrapped many key provisions from the 2008 law, narrowing its time span and the range of professions subjected to checks.

However, the new law and the government’s insistence that it only wants to see past injustices amended has not silenced criticism Macedonia’s Helsinki Committee for Human Rights has contested key provisions of the law before the Constitutional Court, arguing that they are largely the same as those previously scrapped. A group of intellectuals, meanwhile, sued legislators from the ruling parties and Macedonian president, Gjorgje Ivanov, for voting and approving provisions in the new law that were previously struck down as unconstitutional.

In May this year, the trial of one of the most wanted ICTY fugitives, Ratko Mladic, began at the Hague. Witness testimony finally started on July 9th, after several delays due to problems with the disclosure of evidence to the defence. Mladic, the former commander of the Bosnian Serb army, who was arrested in May last year, pleaded not guilty to charges of genocide, crimes against humanity and violations of the laws and customs of war during the Bosnian conflict.

The second half of the year was marked by four ICTY verdicts which caused divergent reactions in the states of the former Yugoslavia – being either welcomed or harshly criticized.

On November 16, the Hague Tribunal quashed the 2011 first-instance verdict that jailed two Croatian generals, Ante Gotovina and Mladen Markac, for 24 and 18 years, respectively, for crimes against Serb civilians during operation “Oluja” [“Storm”] in the summer of 1995. Serbian officials condemned the acquittals, accusing the Hague Tribunal of undermining its own credibility and offending the victims, whilst in Croatia the generals received a heroes welcome. Meanwhile, Vuk Jeremic, the Serbian president of the UN General Assembly, took the battle to a higher level, scheduling a UN debate on the issue of UN tribunals in April 2013. At the same time, Serbia is preparing for a hearing before the ICJ, scheduled for February 2014, to prove its claim that the Croats committed genocide against Serbs in Operation Storm, when around 200,000 Serbs fled Croatia.

On November 29, the ICTY acquitted three former Kosovo Liberation Army, KLA, commanders for war crimes committed in Kosovo in the late 1990s. Kosovo’s former prime minister, Ramush Haradinaj, who was among the defendants, returned to Kosovo as free men to a rapturous welcome, while Serbia expressed anger at the verdict. Despite the verdict, however, Serbia’s leadership continued negotiations with Kosovo. Kosovars, meanwhile, expect Haradinaj to return to politics and to gain a top Kosovo government position.

The acquittals of Kosovo’s Ramush Haradinaj and Croatia’s Ante Gotovina and Mladen Markac  provided hope for many Macedonians that Johan Tarculovski, the only Macedonian national convicted for war crimes by the Hague Tribunal, could soon be released. Tarculovski, a former police officer, has already served eight of a 12-year sentence for committing war crimes against civilians during the 2001 armed conflict between Macedonians and ethnic Albanians. In March 2013, after serving two-thirds of his sentence, he will be eligible to appeal for an early release.

In December, the ICTY imprisoned for life two Bosnian Serb leaders. On December 4, the Appeals Chamber of the Hague Tribunal upheld the first instance verdict which sentenced Milan Lukic to life imprisonment and partly accepted the appeal of his cousin, Sredoje Lukic, reducing his sentence from 30 to 27 years. Eight days later, Zdravko Tolimir, a close wartime aide to the former Bosnian Serb army chief, Ratko Mladic, was found guilty of the Srebenica and Zepa genocide and sentenced to life imprisonment.

Despite the harsh criticism of its work, the United Nations has extended the mandate of the Hague Tribunal judges until the end of 2014 in order to finish on-going cases. In its resolution adopted on December 17th, the UN has requested that the ICTY take “all possible measures to complete its work as expeditiously as possible to facilitate its closure by 31st December 2014,” and to present a completion strategy by 15th April 2013, which will enable closure and transition to the International Residual Mechanism for Criminal Tribunals. The Residual Mechanism was set by the UN in 2010 in order to complete the remaining tasks of the ICTY once its mandate expire and, according to current plans, it is scheduled to begin on July 1, 2013.

This article was originally published by Balkan Insight’s Balkan Transitional Justice initiative, a regional initiative funded by the European Commission and the Federal Department of Foreign Affairs of Switzerland that aims to improve the general public’s understanding of transitional justice issues in former Yugoslav countries (Bosnia and Herzegovina, Croatia, Kosovo, Macedonia, Montenegro and Serbia).