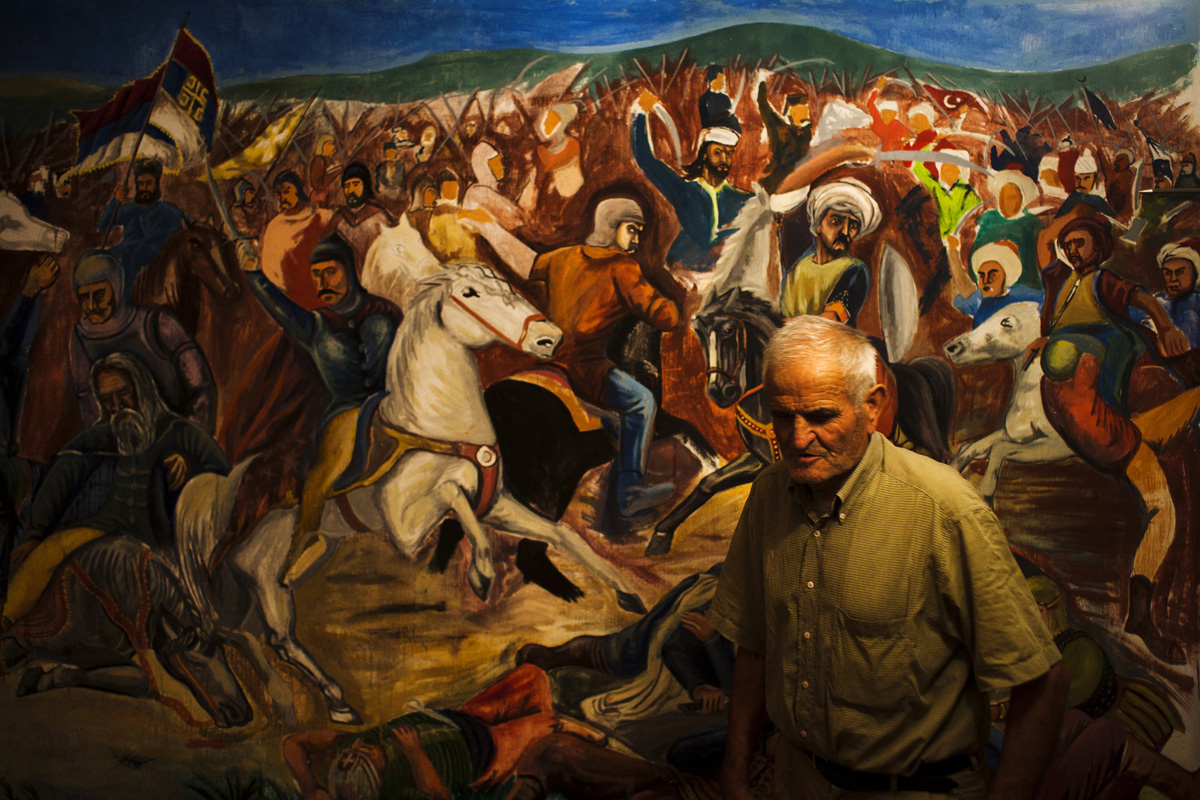 The pre-modern politics that still define the Balkans’ adaptation to the end of empire cannot be simply be pushed aside by visions of post-national Europe. It will take time, patience and real compromise.

One hundred years after the Balkans Wars finally took the region out from under the Ottomans, the region remains unsettled. Bosnia-Herzegovina (BiH) remains a work in progress and Kosovo’s status is undefined. The EU reportedly is losing patience with the inability of Bosnia’s entities to move toward a more perfect union. Serbia is trying desperately to find a way to get past the Kosovo issue so it can enter the EU and improve its economic prospects. The Kosovo Albanians are fighting amongst themselves while threatening regional instability unless they get their way in the north.

When I first arrived in Mitrovica as regional UN chief, in July 2005, I understood that I had arrived in the midst of a tribal confrontation. Some take umbrage when I so describe it, preferring to believe that tribalism is something only for dark people elsewhere. But the conflict between Serbs and Albanians in Kosovo was tribal: between groups differing in language, religion, history and culture, unwilling to live with each other and wishing the other would disappear. Zero sum. This was certainly as seen along the Ibar River. But the Western Europeans, and the “Europeanists” in Washington, seemed not to understand this. They had been treating the Balkans as a chess game and misplayed the break-up of Yugoslavia from the start.

Yugoslavia’s chaotic and bloody end resulted from a collision between three worlds: the pre-modern, multi-ethnic empires (Ottoman, Autro-Hungarian and Yugoslavia itself); the “modern” rise of nation states; and the Western European elite’s dream of a post-modern Europe moving away from nation states. The last 100 years of Balkans history saw ethnic communities formerly living within the confines of imperial order coming to terms with issues of existence and stability within the international state system. The empires had allowed great mixing of peoples within their borders. Communities nestled within and next to each other. As the Ottoman imperial peace dissipated, competing nationalisms helped ignite World War One. After the war, the Western creation of Yugoslavia sought to preserve imperial order by throwing the several tribes into an old-fashioned monarchy. World War Two cut off its possible evolution into a stable multi-ethnic state. Tito’s approach of playing-off and paying-off the constituent groups largely exhausted itself by the time he left the scene. Animosities between the Balkans tribes, old even when they didn’t lead to violence under imperial rule, made breakup after Tito almost inevitable.

Western Europe misplayed the end badly, allowing events to be carried forward in the hands of the first wave of tribal politicians. The Germans “led” the way in prematurely recognizing Slovenia and still are playing it wrong over Kosovo. The Western countries supporting Kosovo independence – the Quint of the US, Germany, UK, Italy and France as led by Brussels mandarins and Berlin – sought to settle the issue by entrusting succession there to the Albanians. The Albanians saw this as their opening to grab it all.

On the ground in both Kosovo and Bosnia, it remains a zero-sum struggle to eliminate or keep out the opposing side. The other Balkans tribes now have their own states; they’ve become “nations.” But in BiH, neither Serbs, Croats nor Bosnians want to give power to a centre they do not control. In Kosovo south of the Ibar – with EULEX and ICO help – Pristina pushed the remaining (and surrounded) Serb enclaves to accept coming under its rule. But the North resisted, its local Serbian institutions and links to Belgrade never challenged by NATO. It would have taken force to try. The French military, which early on took over security in the north, understood this and demurred (as did the US military which eschewed initial responsibility for the north). UNMIK came to understood too. My orders when I arrived in Kosovo were to finally open channels with the supposed “radicals” who represented the refusal of their community to accept rule by the other. Quint pressure to nevertheless impose Pristina’s rule in the north led to the Mitrovica courthouse debacle of March 2008 and repeated efforts since to bully the northerners into submission. These failed.

Only recently, perhaps, have the EU and US come to understand that change cannot be forced. The pre-modern politics that still define the Balkans’ adaptation to the end of empire cannot simply be pushed aside by visions of post-national Europe. It will take time, patience and real compromise. Time and patience for people to become comfortable with just living next to each other in peace rather than being forced to share one bed. Real compromise in the form of a settlement over Kosovo that does not seek to give the majority everything.