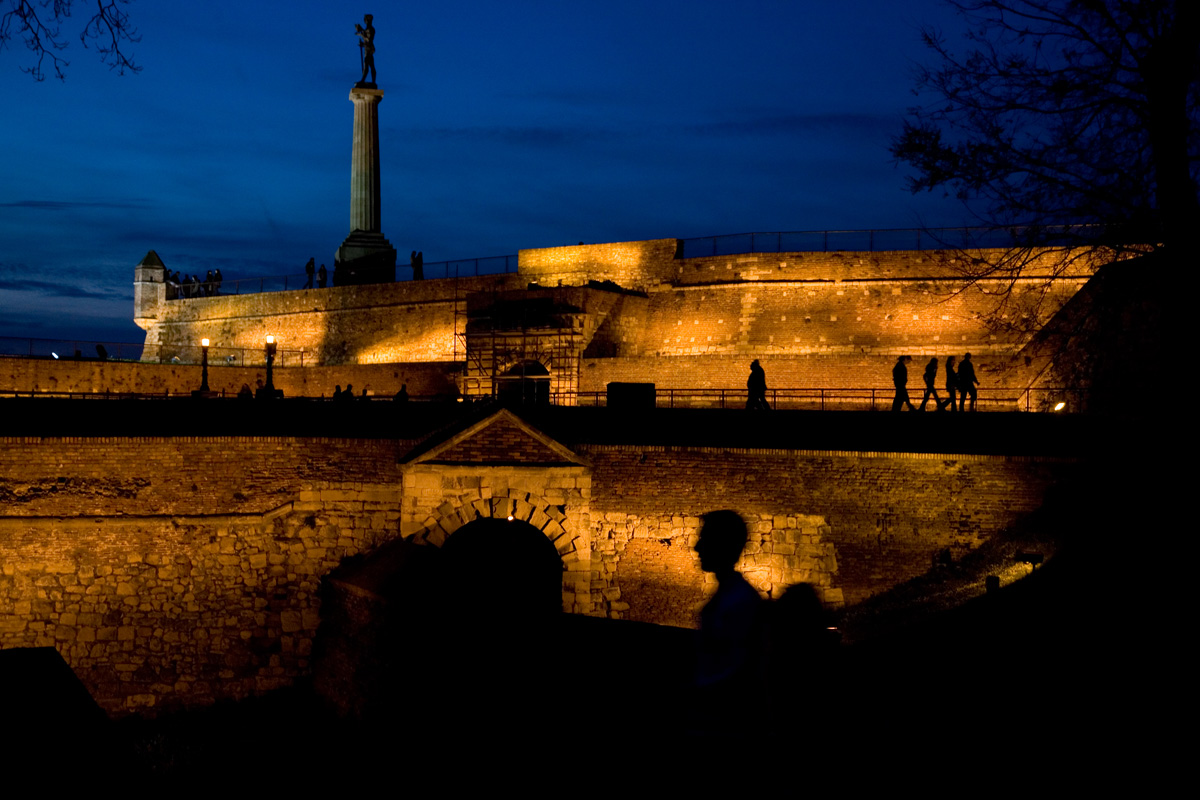 After the Serbian cabinet met on Monday 4th February, it issued a statement that said the coalition partners were “of one mind on all of the most important issues, despite complex internal and international circumstances.”  The simple fact that the government felt it necessary to issue such an affirmation of unity is, in itself, a good indication that all is not well in Belgrade.  As usual, the politics and power of government in Serbia have become the politics and power of personality and personal competition.

President Nikolic is trying to act the statesman.  Working with and through prime minister Dacic, he was the major force behind trying to build a consensus position on Kosovo that resulted in the now famous/infamous “platform.”  Their task was to fashion a bold move ahead that would neither surrender rhetorical/titular sovereignty over Kosovo-Metohija, nor sink Serbia’s bid to become a member of the EU.  The result has been a rehash of several positions originally announced in the now passé Ahtisaari Plan and positions that emerged during the Tadic administration.  As expected, the platform was immediately rejected by Pristina.  Any plan put forward by Belgrade that offers autonomy, however broad and loose, will be unacceptable to the Kosovars.  While Belgrade flounders and self-destructs, they will sit on their hands secure in the knowledge that they have Washington and most of the EU behind them.  Consequently, not only has Belgrade’s platform guaranteed that the Kosovo is now firmly on the list of frozen conflicts, it signals a significant self-inflicted defeat for Belgrade.

Nikolic has been more successful on the international stage where he can stay above the fray in Belgrade and represent the Serb nation.  His trip to Moscow last May, his first as President, was a smart signal to the West and helped set up financial help from the Russians.  He balanced this with a trip to Brussels last summer and, although he exhibited some of the typical Serbian groveling at the EU altar, he was able to maintain a solid degree of “presidential dignity.”  Nikolic performed very well visiting Banja Luka in December, especially in handling the question of why he did not go to Sarajevo (he was not welcome) and on his recent trip to Turkey where he said all the right things and helped set up some potentially important trade deals.  But the distractions of the foreign stage can provide an escape from the dramas in Belgrade for just so long.

The second pole revolves around prime minister Dacic, an old styled socialist who has retooled himself into as modern social democrat just as Nikolic has shed his hard over nationalism for a more cosmopolitan Europeanism.  Dacic would like to see the Kosovo issue resolved and, of all the prominent Serbian leaders, is prepared to adjust borders and agree to some form of partition.  He also parrots the EU mantra, but without much originality – it is the only path for Serbia.  But, he is in a weak position.  Nikolic, who already has distanced himself from Dacic, will cut the prime minister loose and agree to new elections rather than see his presidency damaged.  On the other side is the ever- ambitious deputy prime minister and defense minister Vucic who regularly bullies and intimidates Dacic.  Moreover, Dacic and his Socialist Party are in a weak position within the coalition.  They do not want new elections, fearing a loss in seats; a loss and elimination from the government would end Dacic’s control of the party.

The third pole is vested in Vucic, who is emerging as the single most important politician in Serbia.  His poll number are up, he is calculating, ambitious and has a vision for himself as prime minister and perhaps eventually president.  Vucic plays to the powerful in Washington, Brussels and Berlin.  He makes the rounds, not only pleading Serbia’s case for membership in the EU, but begging Uriah Heep-like with hat in hand and tugging at his forelock.  He gets a psychic boost “sitting at the table” with the major players and, yet, declares himself unworthy to meet with Chancellor Merkel.  He has begun to undercut Dacic, distancing himself from the prime minister over Dacic’s alleged meeting with associates of crime boss Darko Saric and stating that he would not support new elections ”for now.”  For Vucic, the EU issue trumps all others in the political panoply, with the Kosovo issue being sacrificed to his determination to smooth Serbia’s path to Europe and his own to higher office.  It is of little consequence whether EU membership serves Serbia’s interests.  Vucic routinely pushes aside questions of how long it will take Serbia to become full member, what the costs will be and whether the current critical state of the EU is worth the risk.

So soon after a major national election that saw a change in the presidency and the government and promises of bold new programs, the three poles have pulled Serbian politics back into the struggles of mutually exclusive power struggles. Rumors of new elections abound – elections that would be designed to eliminated the Socialists, give the Progressives as close to an absolute majority in the parliament as possible and elevate Vucic to the office of prime minister.  There are no guarantees, of course, but the odds are good that there will be new elections sometime this year.