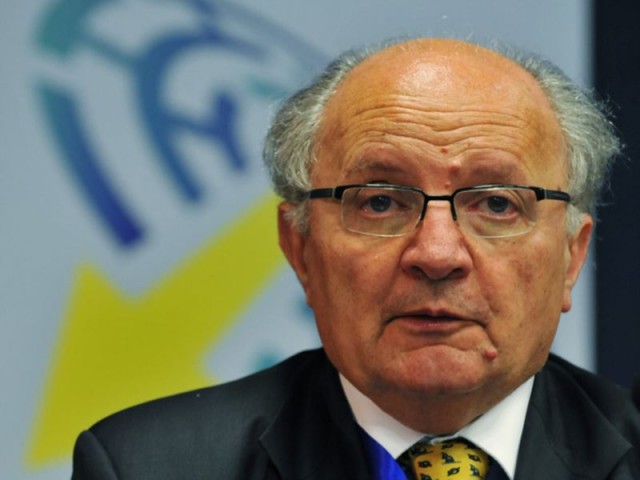 An EU-brokered agreement to bring Bosnia and Herzegovina’s constitution into accordance with the 2009 European Court of Human Rights’ Sejdic-Finci verdict does not serve to create a functional democratic system in BiH, with equal rights and opportunities for all its citizens, but is rather an attempt to appease the most narrow and chauvinistic interests of BiH’s oligarchs.

On the heels of an outrageous “bailout” package for the Republic of Cyprus that will punish ordinary Greek Cypriots for the organized brigandry of their politicians and bankers, the European Union (EU) has made another generous offer to its long-time protectorate, Bosnia-Herzegovina (BiH). Last week, the leaders of the seven leading political parties in BiH convened in Brussels in an attempt to, finally, agree to a set of constitutional reforms necessitated by the 2009 European Court of Human Rights’ Sejdic-Finci verdict. The court then found that BiH’s present constitutional order, a result of the 1995 Dayton Peace Agreement, was patently discriminatory in not allowing members of BiH’s non-“constitutive peoples” (i.e. anyone other than self-declared Bosniaks, Serbs and Croats) to stand for many public offices, including the three member presidency.

So, four years since the original decision, and a decade and a half since the signing of the Dayton Agreement – and, accordingly, the emergence of a completely unworkable constitutional order in BiH – what has the EU offered to the Bosnians? Perhaps a concrete step towards establishing substantive respect for basic human and democratic rights, and a rationalization of the public administration? In short, no.

Apparently, deaf, blind and mute to the suggestion that what they had produced in BiH was an oligarch-dominated, apartheid regime, the international community (the EU, in particular) insists on experimenting with “solutions” that, as Jakob Finci notes, would not be tolerated in any other European country for even a moment.

This particular set of solutions is worth examining for a moment. The offer that six of the seven parties have agreed to (the oligarchs in question – including the SDA who, for the moment, remains in opposition) is premised on the following:

You may be wondering how any of the above addresses the question of discrimination of minorities. Well, it doesn’t. The EU’s great suggestion has, essentially, boiled down to removing overt ethnic labels on electoral ballots. So, no longer will the candidate be, for instance, a “Serb,” he will just be a candidate of the Serb Democratic Party (SDS). And let’s not kid ourselves, it will indeed be a “he.”

Moreover, in practice, the EU has ensured with this proposal that the results of the Serb nationalist campaign of ethnic cleansing and genocide in eastern BiH, in particular, will remain institutionalized. The one president chosen from the RS will continue to be a Serb nationalist, specifically. How this addresses the concerns of Serbs in the FBiH or Bosniak or Croat returnees in the RS (currently harassed by authorities there, in any case) is anyone’s guess. It also remains to be seen how this same proposal will mesh with ongoing, American-led efforts, to simultaneously shrink the number of cantons in the FBiH.

Of course, none of this should come as a surprise to even semi-interested observers of the EU’s policy towards BiH. Whether it is close-studies of European policy in the late eighties and nineties, or the actual private conversations between European and American leaders during the same period and since – we know a commitment to human rights and democratic norms has never been at the top of the internationals’ agenda for BiH.

Accordingly, what we have here is no effort at creating a functional democratic system in BiH, with equal rights and opportunities for all its citizens, but an attempt to appease the most narrow and chauvinistic interests of BiH’s oligarchs. The thought being, apparently, that if we can appease the big men, then “we” can finally rid ourselves of these squabbling Slavs all together.

If this proposal is to become a reality, the EU will have only succeeded in ensuring a SDP/SDA, HDZ and a SDS/SNSD presidency for the foreseeable future. It will have done nothing to include the Roma, Jewish or other minority communities in BiH nor, indeed, anything to include Bosnians as such in the political process. This is merely further international sanctioning of the post-Dayton status quo in BiH – oligarch-mandated division of spoils and the creation of criminal, ethnically cleansed, feudal statelets.

So sorry has the whole situation become that even Nasa Stranka (Our Party), in particular, – the small, social-liberal party, the hope of many young, progressive Bosnians – has suggested that the on-going non-functioning of the FBiH be resolved by the appointment of a technocrat administration. Meanwhile, the once social democratic SDP has abandoned any premise of actual social democracy, and today insists only on the Office of High Representative (OHR) resolving its disputes with the SDA. For their part, the OHR these days mostly keeps to utterly meaningless and repetitive declarations about “good governance.” Thus, the face of progressive, party politics in BiH: technocracy and inter-party squabbles.

In the backdrop still further, Zeljko Komsic, the former SDP member and now independent Croat member of the BiH Presidency, has announced the formation of yet another party – the Democratic Front of BiH. While Komsic is doubtlessly the single most popular politician in the country, it seems highly unlikely that yet another party will do much to salvage BiH’s future. At least Komsic, however, has identified the missing ingredient in BiH politics: democracy.

While the people of Cyprus, Greece, Italy, and Spain – to say nothing of the on-going revolutions in the Arab world – are in the streets, dismantling the edifices of their crumbling regimes, Bosnians remain sequestered, their hopes pinned to the fate of the national football team. Until this fact changes, nothing will change. Time and again, the EU, the US and the domestic political class have betrayed the genuine aspirations of Bosnians for reconciliation and democracy. The peoples of BiH have only themselves to look to now for a way out of this institutionalized crisis.

Jasmin Mujanović is a PhD student in Political Science at York University, in Toronto, Canada, working on the topic of participatory democratic alternatives in Bosnia-Herzegovina. Jasmin is a regular contributor to Politics, Re-Spun and Tweets @JasminMuj.