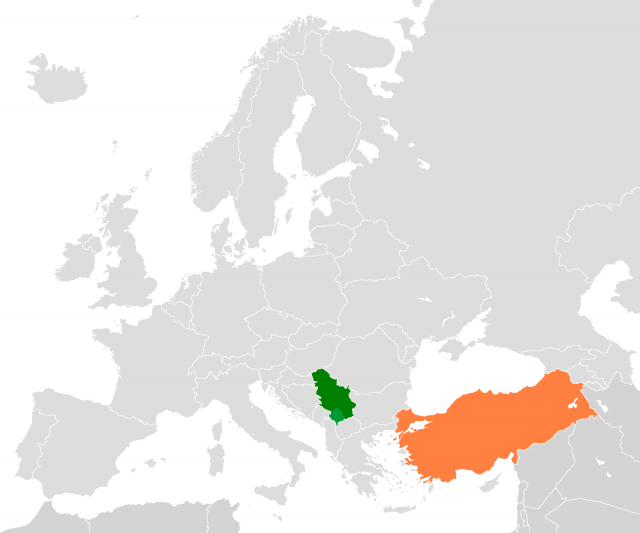 The ethnic-oriented Dayton constitution and Sejdic-Finci imbroglio is a great example of how the ethnicization of constitutions further divides a post-conflict multi-ethnic society. Turkey and Kosovo should indeed be very focused on providing civic solutions to ethnic problems, not vice-versa.

On 21st March, a massive gathering in Diyarbakir, the largest city of Turkey’s approximately 20 million ethnic Kurdish citizens, celebrated the arrival of spring, Newroz, an ancient tradition dating back to Zoroastrianism, when the light finally overcomes the darkness. This year’s celebration had a special meaning. As negotiations between the PKK and the Turkish government advance, and the framework of a settlement is being negotiated, there is an overwhelming support among the Kurds in Turkey for the prospects of peace following almost three decades of armed fighting in which close to 40,000 lost their lives. Abdullah Ocalan, the imprisoned leader of the PKK, was allowed to send a message to the crowd gathered in Diyarbakir that called for the cessation of armed hostilities and space for democratic participation. This terminology is not new in Ocalan’s lexicon; he has been referring to “democratic autonomy” over the past decade. It is only a very recent development that the Turkish government has actually allowed for a limited discussion of what that concept might mean in practice.

Democratic autonomy is a term that deserves further elaboration. It will be one of the top issues that the “wise men commission” will discuss. Some argue that the European Charter of Local Self-Government already provides a good basis upon which structures of democratic autonomy could be built. Turkey has signed the Charter in 1992, with nine reservations quoting that some of the articles are open misinterpretation. In-line with its EU accession perspective, the Turkish government has already been looking for ways to strengthen administrative structures by giving elected mayors more say on the management of fiscal matters, while maintaining the legal and political authority of the appointed provincial governors as the representatives of central authority in Ankara.

Provincial governors are the civilian authority over the police and gendarmerie across 81 city provinces. The role of the governors has been subject to heavy criticism during the height of the Kurdish conflict in 1992-1993, where systematic human rights abuses against the local Kurdish population were common in the south eastern provinces. More than 3,000 villages were evacuated and thousands were forced to migrate to western provinces for a new life under the authority of the provincial governors. It is no secret that the Kurdish movement prefer to see a devolution of political authority from the Ankara-appointed governor to locally-elected mayors, including complete control over the security forces. This vision of democratic autonomy is very controversial to the authoritarian AKP government that have been carrying out operations against the elected Kurdish mayors, who are immediately incarcerated and waiting to appear in specially-mandated courts on terrorism charges.

It might be a good idea to look into the autonomy definition that has been on the table for the Serb municipalities in Kosovo. There are ten such municipalities; four in the Serb-run north. If the plan brokered between Kosovo prime minister, Hashim Thaci, and his Serbian counterpart, Ivica Dacic, holds, Serb-run parallel structures in the north will cease to exist and will integrate with the remaining six under an Association of Serbian Municipalities in Kosovo. This deal might satisfy the political concerns of the Serb minority in Kosovo proper while upgrading Belgrade’s status to EU candidate. The question that remains is whether the Kosovo government would indeed respect the autonomy of the Serb municipalities. The democratic autonomy of the Association would further need to be protected by constitutional guarantees, including security rights. One important contribution to the solution could be sustained by introducing a civic definition of Kosovar citizenship to the preamble of the constitution that is independent of ethnicities. The majority of the constitutions written before and after the dissolution of the Socialist Yugoslavia, including the 1974 constitution, make clear references to ethnicities and ethnic identity.

Similarly, as one of the main pillars of Kurdish reform in Turkey, lawmakers need to agree on a new definition of Turkish citizenship that recognizes the rights of Kurds without further ethnicizing a problem of democracy. In societies that experienced ethnic violence and fragmentation, lawmakers typically respond by making clear references to the different ethnic characteristics of citizens, often providing them with ethnic rights. In the long run, however, such ethno-centric responses do not resolve issues that are essentially civic in nature. The ethnic-oriented Dayton Constitution and Sejdic-Finci imbroglio is a great example of how the ethnicization of a constitution further divides a post-war multi-ethnic society. Turkey and Kosovo should indeed be very focused on providing civic solutions to ethnic problems, not vice-versa.