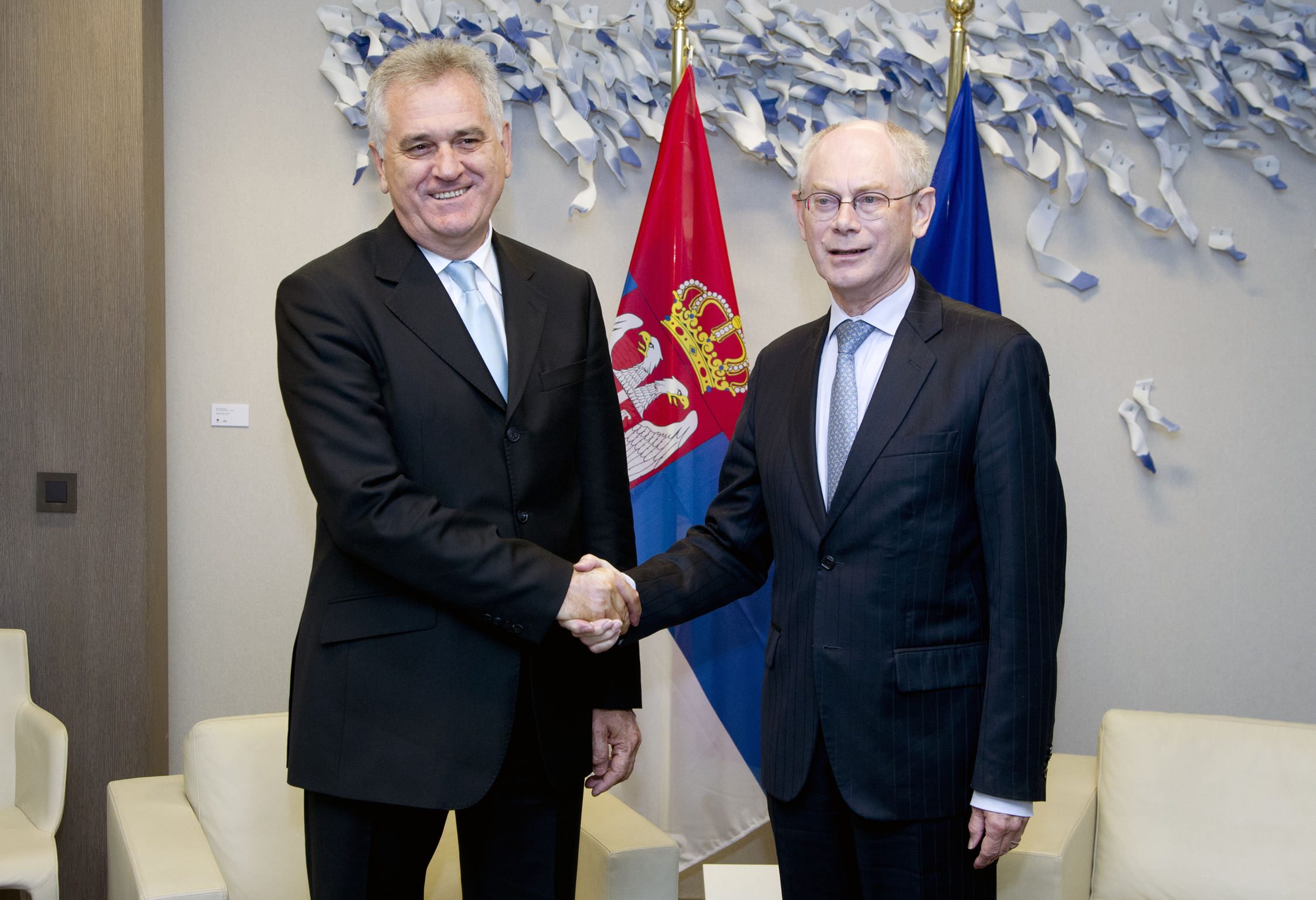 It is necessary for Belgrade to deal directly with Pristina without the interference of Brussels, Berlin, London, Washington or Moscow to discuss the major issues, not technical questions.  The Kosovo issue will be resolved only by negotiating sovereignty and the disposition of political community and with a strong affirmation of and cooperation with the Serbs in Kosovo.

Serbia finally has received a date—well, sort of—to begin talks to become a member of the EU. According to assurances given by European Council President Herman van Rompuy, accession talks will begin in January 2014 at the latest.  But, conditionality continues to confound Belgrade’s hopes.  The German Bundestag has made the start date contingent upon Serbia continuing to make “good progress” in “normalizing” relations with Kosovo.   A meeting will be held in December of this year of EU foreign ministers and others to determine whether Belgrade is continuing to “toe the line.”  And through it all, Serbian President Nikolic repeatedly assures the country that the Brussels Agreement is the “best deal” Serbia can get.

But, for the government, forward movement on Kosovo has never been the point.  Serbian political leaders have persuaded themselves that membership in the EU depends on satisfying EU demands that Serbia must demonstrate “progress” on Kosovo as a condition to continue its march to EU membership.  The government has received this message and decided that EU membership is so important that it is necessary to sacrifice Kosovo on the European altar.

Sadly, the government’s strategy is one of weakness, not strength. It almost certainly will undermine Serbian interests in Kosovo and will not advance EU accession talks for Serbia. Ever since the current government took office it has done everything it believes necessary to please Brussels and specifically Berlin, London and Washington, hoping that strict obedience to the West will make the West “love” Serbia and hasten the accession process. To this end, Serbian leaders have begged, bowed and paid obeisance to the major Western capitals. But, weakness has led to the opposite of what the government hoped for.

Belgrade’s weakness has generated even more demands from Western capitals and invited even more conditions. German and British leaders in particular have dragged their feet issuing new demands for Belgrade to fill. EU representative Vincent Degert argues that “much work” still needs to be done, thus reinforcing the probability that Serbia once again could be disappointed next January.  “Conditionality” is a device used as much to keep countries out of the EU than to admit them—ask the Turks.  So, there should be no surprise when further delays eventuate because weakness begets weakness and Belgrade should expect more demands, more delay and more bullying.

To make matters worse, Belgrade’s policy of weakness is built on a false premise. Serbian leaders, especially Deputy Prime Minister Vucic, constantly point to Serbia’s poverty and serious—even desperate—economic conditions. Their hope is that full membership in the EU will solve the economic problems and lead to a new “golden dawn” for Serbia. But this will not happen; the EU is in terrible economic and political shape and this is not likely to change anytime soon.  Serbia needs to construct a much more creative, forceful and positive policy based on three propositions.

First, leaders need to consider carefully the costs and benefits of an association with the EU.  Some sort of association may well be useful, but possibly not full membership. Perhaps something like the Ukrainian model would work well for Serbia.

Second, Belgrade needs to disconnect Kosovo from a relationship with the EU.  Doing so may delay an agreement with the EU, but it will not be fatal to a constructive arrangement. Demonstrating firmness, determination, an absence of weakness and a sense of equality with other European countries will lead ultimately to a stronger, more beneficial connection between Serbia and the EU.

Third, rethink the strategy on Kosovo. The Brussels Agreement is essentially a form of the discredited Ahtassari Plan. The focus on “technical arrangements” will lead to defeat for Serbian interests in Kosovo by bits and pieces—death by one thousand cuts, a continuing loss of control and entropy in Serb majority regions. But, it is what the West wants, so Belgrade complies all the time thinking it has found a clever bridge with the future. Pristina, too, accepts the plan because it pleases the West and buys Kosovo time.  But, in the long run it is at best a band aid that will not cure the wound, but simply allow it to fester.  It is necessary for Belgrade to deal directly with Pristina without the interference of Brussels, Berlin, London, Washington or Moscow to discuss the major issues, not technical questions.  The Kosovo issue will be resolved only by negotiating sovereignty and the disposition of political community and with a strong affirmation of and cooperation with the Serbs in Kosovo.