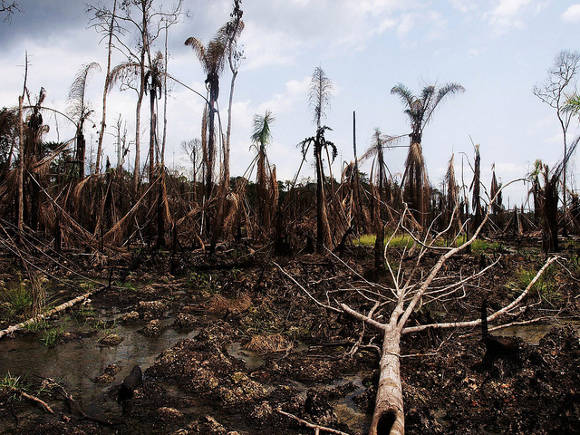 As new high-value resources are discovered and exploited in East Africa, what is the impact on local communities and the potential for local-level conflict?

I would like to engage peacebuilding and community research practitioners to understand some of the issues behind high value resources in East Africa, and the impact on communities.

I feel it is essential to mobilise practitioners, policy-makers and donors to invest in research that would lead to peaceful relations and transactions that enhance peace. This has to deal with the relations between government, private sector interests, and local communities.

There are too many examples of conflict over high value resources in Africa – such as oil in the Niger Delta, or the South Sudan and Sudan oil conflicts. It is imperative that as peace practitioners we act before crisis point. Such conflicts occur when exploration, development, extraction and distribution of resources accruing from such high value resources exclude the local communities, and also the interests of the majority of nationals from where the resources are obtained.

The seas and oceans can be a rich source of resources – such as oil or gas. The water mass itself can serve as a valuable resource – providing trade routes, fishing grounds, or other ecological benefits.

Access to these resources can cause conflict in many different ways. For example, in Somalia and Somaliland, when access to fishing grounds was not possible, people have resorted to piracy. Sometimes against ships from countries whose trawlers had taken over the fishing grounds. Reported evidence to me when visiting Somaliland indicated that on land, community members seen to collaborate with trawlers were perceived to be traitors and this often led to local brawls, tension and community conflict.

Resources obtained at sea very often need to be processed on land, and can become another source of conflict. Access to and use of land requires space on available land often owned by local communities. For governments or investors to use land, the communities have to be moved. Often the communities are provided with some form of compensation calculated against the value of the land. This does not usually include the livelihoods, socio-economic and cultural heritage, and the aesthetic ownership of homelands as aspects that have a value which is lost to the communities.

Land-based wetlands and water bodies are also high value resources. These include wetlands such as swamps and marshes, rivers and lakes useful to local communities and form part of the livelihoods chain and cycle. Wetlands are also important for ecological and environmental considerations.

Water bodies such as rivers and lakes support tourism as is the case of Lake Naivasha, Nakuru, Baringo and Victoria. However, tourism does not always benefit local communities. As a result, there can be tension between those who operate such businesses, the local government and the communities often leading to clashes either over benefits such as employment opportunities and royalty income.

Minerals, as natural assets and raw materials valued according to their contribution to economic production and consumption, are also high value resources. Examples of this include fossil fuels, metallic ores, minerals, rare earth and natural biological supplies.

In addition, I submit that land itself can be a high value resource due to its potential for economic benefits. Land as a high value resource is significant when considering the use of land for high value activities – such as growing cash crops – at the expense of traditional food stocks. Leased land in countries such as South Sudan, Mozambique and parts of Kenya among others has fueled tension between communities and governments and with private investors. The key factors include lack of consultation with communities about benefits accruing to them from such leases and unfair dislocation of communities from such land.

Due to recent developments, I would also include clean water itself when used in industry, underground steam, land taken up for commercial wind and solar energy plants in this category. These resources provide benefits or potential future value and are subject to depletion through human use or exploitation. Communities never obtain benefits from such high value investments, using land and water sources in their domains. Where land is taken up for these types of resources, local communities lose their traditional livelihoods to industry and this has potential for conflict.

In some cases, local communities have lost their land to unscrupulous land prospectors who buy the land expecting to re-sell it at a later date for high profits – as is the case in Konza City in Kenya. This indicates that there are more players and dynamics than just governments and private entities. When communities realise their loss, they rise up in arms against the exploitation of high value resources, often clashing with law enforcement entities and staff of private investors.

Another example is the land for the proposed Lamu Port in Kenya. Due to the need for land to build the port, communities will have to be moved to pave way for this facility and other support amenities. The local people in parts of Lamu have already launched complaints that they are receiving too little compensation.

Access to land for high value resources is also about land for large scale commercial or public sector infrastructure. This includes transit routes. The Mtwara gas riots in Tanzania express these adequately. This is corroborated by the Mozambique riots that blocked coal trains in 2012. In my observations, if disaffection is borne of vulnerability caused by preferred access to land for high value resources over the needs of local communities, conflict is inevitable. thereby a springboard from which to escape from poverty. This has an impact on local communities and has potential to drive tensions and possible conflict.

It is this state of affairs that characterises the landscape under which the newly found wealth in Eastern Africa will invariably become a cause for local tension, which if not attended might lead to conflict.

The complete picture on how effects and influences of high value resources affect communities is not adequately documented from the point of view of the affected communities. This gap of information should concern peacebuilders and peace researchers. I would also propose it is a gap that donors for peace and reputable peace research institutions would have vested interests in.

I suggest that as peace practitioners and researchers we need to network and identify key persons and financial resources that can support systematic research on the impact of high value resources on communities and in Eastern Africa. This could borrow a leaf for learning from other countries in Africa. Based on findings of such research, we can engage advocacy for peace armed with better knowledge

My experience has also shown that land that is urbanised, or zoned off to provide access for certain economic activities such as industry, or purpose built economic amenities, is often protected by law to maintain the value of the land, and protect it to sustain its economic productivity. This allows perpetual access, and allows the user to invest for economic development opportunities.

Where land is only viewed as a capital asset and its use committed to assuring secure access to create incentives for economic users to invest on it without recourse to communities this exposes local communities to disadvantage and drives vulnerability. Such arrangement on access and use of land denies local communities the opportunities for social and economic empowerment and before the crisis happen.

Kisuke Ndiku is based at PRECISE, a regional agency involved in organizational development, strategic management of change, leadership development and planning in Africa.