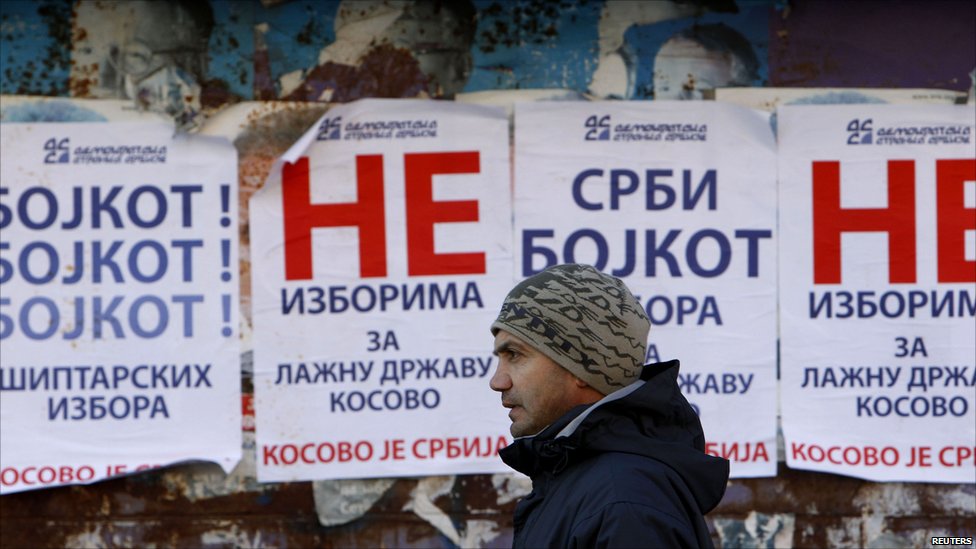 Should the November local elections in Kosovo ultimately fail due to a combination of violence and boycotts, then the very process of normalization between Belgrade and Pristina will be compromised, without a clear ‘plan B’ for the day after.

During the recent Belgrade Security Forum, there was plenty of talk about the “evil forces” that could potentially undermine the normalization process between Serbia and Kosovo. The discussion at one point turned quite obscure, with mentions of Voldemort, the dark lord from the Harry Potter series, whose name should not be uttered; a rule kept by most wizards. Still, as it was pointed out, the beast has to show-up and say its name.

While pondering about who the beast could be that jeopardizes the normalization process, one immediately thinks of the recent murder of a Lithuanian EULEX officer in Zvecan. Just a week before that, the family of Oliver Ivanovic, the former Serbian secretary of state for Kosovo, was attacked in North Mitrovica for political reasons, judging by the attacker’s own words. Ivanovic has called on Serbs to participate in the local elections, and is personally running for the post of mayor in the city. Those employing violence and intimidation to obstruct implementation of April’s ‘Brussels Agreement’, plus the peaceful conduct of November’s elections, could be the prime candidates for wearing the label of the “dark forces”.

Taking this thought experiment a little further, however, one can arrive at quite uncomfortable conclusions. While violence is instigated by a minority in the north of Kosovo, the majority of the local population disapproves of dialogue between Belgrade and Pristina. Before anyone would again suspect the evil spirit of Voldermort being at work, it is worth looking at the reasons behind this antagonism. The settlement process entered a new stage after the Brussels Agreement, as nowadays debates centre on the details of its implementation. Yet normalization between Belgrade and Pristina has diverted most attention to the status issue, with the concerns of the locals remaining largely un-addressed. Whereas the agreement foresees the creation of municipalities in the north in-line with Kosovo’s legal framework, while giving them wide prerogatives to take care of their own affairs, the details are still very much unclear, especially as to how this will affect people personally.

As the so-called parallel institutions run by Belgrade have to be dismantled, many jobs will likely be lost, even if the newly-formed municipal governments will take over many of the same functions. The fundamental question remains – what does the agreement mean for Kosovo Serbs?

Clearly there is a lack of integration of Serbs in the north into the process. As one of the presenters at the Forum noted, a lack of information and integration amplifies rumours.  There are simply no clear messages from Belgrade regarding what the northern Serbs will gain (or lose). People want specific information regarding health care, energy and the like. Presumably, however, such information often does not exist, as politicians are in the middle of working out the details.

People simply do not know whether they will be able to keep their jobs in the public sector and, if so, what will be their salaries (which in Kosovo are significantly lower than in Serbia), what will happen to their social security, pension or where can they go for tertiary health care? These concerns are very much justified and are rooted in existential fears. It is noteworthy that although distrust towards Albanians remains widespread and the idea of living in the state of Kosovo remains largely unappealing, the anxieties of Serbs in the north nowadays centre on such everyday life issues. While probably not even the Serbian government knows the solutions to most of these practical questions, moving away from the current status quo clearly does not promise too much good for northern Serbs from a personal, existential point of view.

No wonder that locals have the feeling that they can only lose from the process and are therefore afraid. Elections are not going to be widely-supported and there will be resistance from those who feel that Serbia wants to get rid of them. On the whole, Serbs in the north (and in the south as well, for that matter) feel neglected by Belgrade and the international community, and this can cause serious problems in the near future. The forthcoming election on 3rd November will be something much more than just another local election in Kosovo, as it represents the first step of integrating the north into Kosovo’s legal and institutional system. While northern Serbs so far boycotted all Kosovo elections, this will be the first they will participate in.

In turn, this election is a vital condition for carrying out the deal struck by the two prime ministers in April, and for opening accession negotiations for Serbia. While Belgrade is very keen on making sure that everything will go smoothly, the chances of failure are actually quite significant.

In fact, a lot of things could go wrong, among which an upsurge of violence is probably the greatest danger.

Turnout is hard to predict, but it will certainly be low – at best around 20-30%. Even with a minimal participation rate the election will technically ‘succeed’ as there is no threshold for the vote to be valid, yet this might place a question mark over the legitimacy of the outcome. While the OSCE will be there to monitor events, it will be very easy to disrupt these elections. Officers will not be escorted by KFOR, thus if violence breaks out, OSCE staff is likely to pull out for the sake of their own safety. Even if EULEX decides to deploy police in greater numbers to secure polling stations, it is still questionable that people would leave their villages to cast their votes if they feel intimidated.

All in all – as Filip Ejdus drew as a logical conclusion at the Forum – violence can undermine the process entirely, which might be in the interest of those who boycott it. Recently, the Serbian government replaced the leading figures of four municipalities in northern Kosovo, thus getting rid of local strongmen who are against the Brussels Agreement and refuse to take part in the elections. It is not difficult to see how these people might have an interest in the failure of the vote, which they refuse to contest and thus have no chance of winning. At the same time, violence has become a part of life in the north, a tool of settling disputes and dealing with opponents. According to UN data, between January and April 2013 serious incidents including shootings, explosions and violent clashes targeting people were reported from the north of Kosovo (unlike in the south where incidents mostly meant theft, property damage, illegal occupation of houses, arson of uninhabited houses and minor assaults.) (1)

Therefore, the ballot can fail to fulfil its function in the normalization process if violence creates an intimidating atmosphere, but also if turnout will be negligible. Unlike physical threats and incidents, staying away from the election is a democratic right of people. A serious boycott could also result in the de facto obstruction of normalization between Serbia and Kosovo, as it would jeopardize implementation of the Brussels agreement, (which would incidentally include the local population among the dark forces of Voldemort).

The Serbian government created its own list, calling it the single Serb candidate list, even though it is just one list among the many forwarded by Serbian parties and citizens initiatives. Yet the goal might be to marginalize competitors, such as Ivanovic’s ‘Serbia, Democracy, Justice’ list.

Fraud is a further danger; the chances of which might increase under conditions of violence. Although exact data is still not available, thousands of Kosovo Serbs were registered in Serbia, and their numbers might easily compete with those actually residing in Kosovo. Casting votes will be possible via mail for them, which provides further room for irregularities, especially considering that Kosovo has a recent record of election fraud. It is a general problem that voters’ registries are 50% accurate, with many of the deceased and those who emigrated displayed as normal residents. As a recent paper by D4D noted, “the fear remains that for every person who has the right to vote and does not do so (be those abroad, deceased persons, or merely those who choose not to vote), the opportunity remains for others to vote on their behalf.” Kosovo elections have been marked with “industrial scale of manipulation” in 2009 and 2010, including “misuse and manipulation of votes, destroying of ballots and as well as with falsification of voting results”. Revelations of widespread abuse could obviously increase instability and question the result.

It would therefore be helpful to be prepared for such a turn of events. Instead of employing exorcists who could infuse the locals with a more European ideology, the international community could divert more attention to the grievances of the local population. Increasing the police presence during the voting could help as well, since violence might be a serious threat. However, the question remains what is ‘plan B’ should the elections ultimately fail.

Beáta Huszka is a senior research fellow at the Hungarian Institute of International Relations in Budapest, Hungary, and author of the book ‘Secessionist Movements and Ethnic Conflict’ (Routledge, 2013). This article is based on a research supported by the International Visegrad Fund.