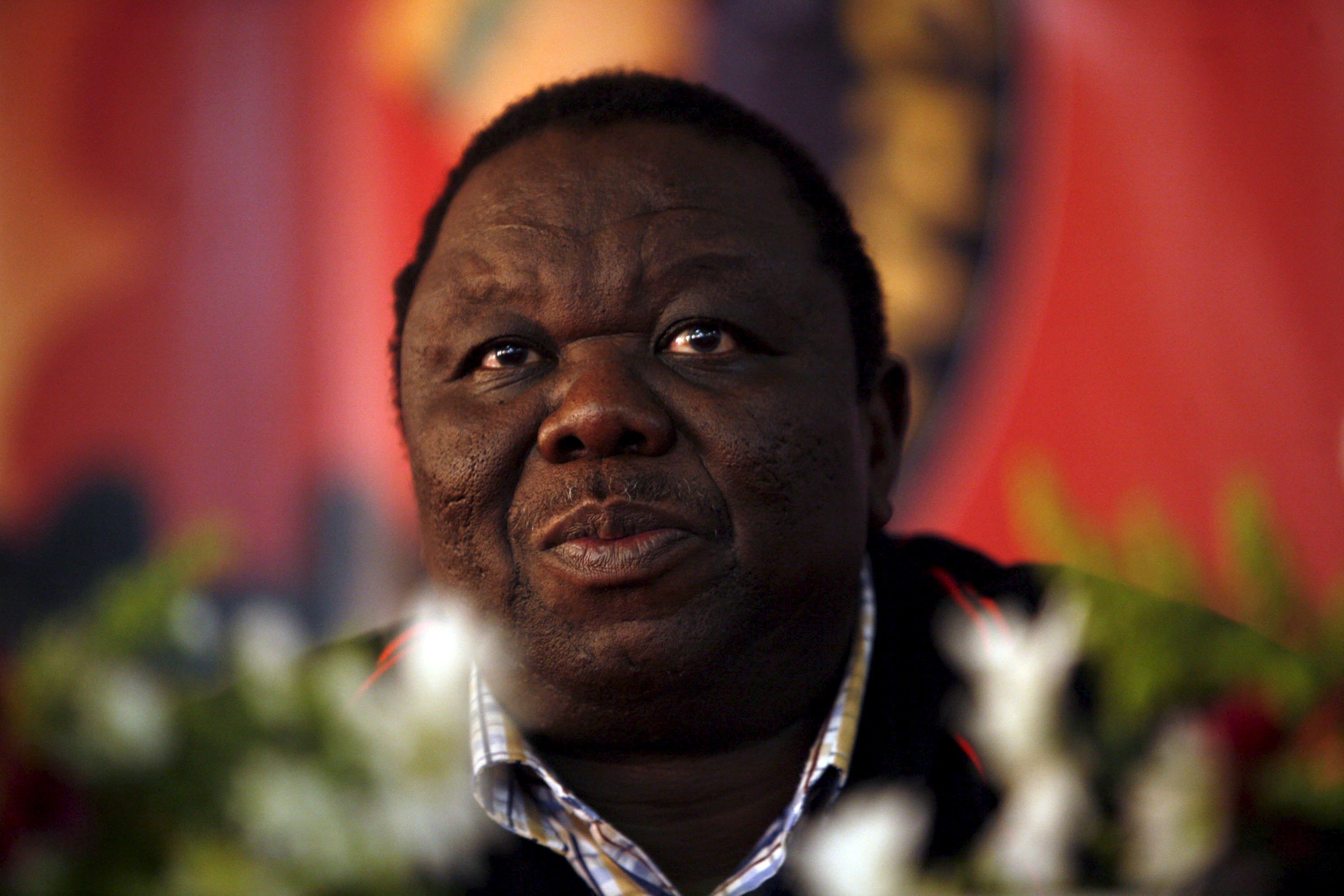 A delay in establishing the constitutionally-guaranteed National Peace and Reconciliation Commission (NPRC) raises profound questions about the commitment of Zimbabwe’s political elites to achieving justice and reconciliation.

After years of political haggling, Zimbabwe finally has a new constitution. Whilst commendable that the new charter includes a framework for establishing a National Peace and Reconciliation Commission (NPRC), it remains regrettable that it has postponed the NPRC’s formation. Questions abound. Why impose a start and end point for the NPRC’s operations? How far back should the Commission go in unearthing the ‘wrongs of the past’ – pre-, during or post-colonialism?

At the heart of this framing of reconciliation is if whether the NPRC should investigate the 2008 political violence, now largely swept under the carpet. Politicians have attempted to defend the indefensible, sanitising deplorable acts as “regrettable moments of political madness”. By endeavouring to close such historical chapters without seeking truth and justice, whilst pronouncing such episodes as “water under the bridge”, the sincerity and political will to make the NPRC succeed remains in doubt.

Zimbabwe is now confronted with the seemingly insurmountable challenge of trying to strike a balance on the divisive question of how to simultaneously secure justice, truth, accountability and forgiveness, without sacrificing one or the other. Zimbabwe is therefore searching for a  reconciliation model that will provide justice, accountability, truth, forgiveness, healing and memorialisation.

Dancing on the same spot – skating through reality

Whilst it is a positive step to finally have a constitutionally-guaranteed National Peace and Reconciliation Commission (NPRC), the challenge of building a functional and effective NPRC – one that can live up to the expectations of the Zimbabwean people – remains. Since the new constitution came into effect (it was signed into law on 22nd May 2013), the country has struggled to align the new laws with the former. Though this alignment is a step in the right direction, many continue to doubt the sincerity of including the NPRC in the new constitution.

Many remain sceptical as to whether the Commission will ever live to see the light of day, particularly as the political elite and drafters of the new constitution managed to postpone the NPRC’s creation. The postponement of the NPRC’s operations can, however, be viewed using different lenses – indeed, it can be persuasively-argued that it was driven by a need to consider the political realities of the day. The NPRC’s postponement came as the result of a gentleman’s agreement that was foisted on citizens to accommodate the political elites own selfish ends. This raises the question as to why society’s inalienable right to search for peace, truth, justice and national healing should be postponed? Are the politicians genuine and truthful about the purpose and intention of the NPRC?

The ‘politics’ of reconciliation framing – whither the citizenry?

The way in which the reconciliation narrative is framed as and when the NPRC becomes operational will have a profound bearing on the Commission’s ultimate success. Zimbabwe’s citizens will judge the Commission on its effectiveness, not on headlines and rhetoric about reconciliation. Indeed, Zimbabweans are encouraged to learn from the examples of Truth and Reconciliation Commissions in East Timor, South Africa, Liberia, Peru, Sierra Leone and elsewhere.

At the pinnacle of the reconciliation argument in Zimbabwe is the ‘politics’ of a lack of adequate funding to support the NPRC’s operations. Opinion has been split amongst the political elite as to who will fund the NPRC – the government or the donor community? What also remains unclear is whether state and non-state actors will have vested interests in the framing of the reconciliation narrative. The adage “who pays the piper plays the tune” should not be ignored.

Will the funder support the reconciliation process out of benevolence or malevolence? Whoever supports the Commission is likely to attach conditions motivated by vested interests. Inasmuch as the Zimbabwean government might need to rely on donor funding, it should meet the NPRC’s costs from the national purse so as to maintain the NPRC’s autonomy, independence and impartiality.

In light of this backdrop, the proposed national peace and reconciliation process in Zimbabwe appears organically flawed in terms of methodological approach and conceptualisation. To this end, it is still debatable as to whether Zimbabwe will close some historical chapters, especially from its distant past. Should some chapters like Gukurahundi be swept under the veil of forgiving and forgetting? Will the reconciliation process be effective by just grounding it upon the ‘never again’ rhetoric? Will the ‘national truth’ be envisaged as objective in the eyes of many, or will the ‘national truth’ will be subjectively massaged to suit the political climate of the day?

Informed by reflections and insights from elsewhere, Zimbabweans need to engage in serious conversations about such issues and scenarios. In the absence of a clear methodology, it should be clearly understood that a house built on a weak foundation will not last long; quickly succumbing to the vagaries of nature. From the onset, it is imperative that the NPRC has firm foundations.

The other critical issue confronting those who will be appointed to work in the NPRC concerns how to deal with a dearth of professionalism, which has become a key weakness of Zimbabwean society – especially with regards to discharge of national duties. Further compounding this situation is the deep polarisation along political lines amongst Zimbabweans. Only time will tell whether or not the Commission be able to operate freely without succumbing to the whims and caprices of the political elite.

In a country that continues to suffer from a culture of impunity, a politics of exceptionalism and institutional decay, the NPRC might not see the light of day. Rather, the Commission may remain a white elephant – just like the Rwandan Tribunal in Arusha, which has failed to justify why it was established in the first place. As long as the language of violence and intolerance dominates Zimbabwe’s political discourse,  it will remain wishful thinking that the country is on a path of attaining reconciliation. Whilst the ‘othering’ of citizens through a labelling of ‘them versus us’ continues, little should be expected from the NPRC.

In the same vein, Zimbabweans cannot afford to be subjected to a selective, biased, massaged and distorted reconciliation narrative. It might be better not to attempt such a process rather than to pursue stage-managed reconciliation; one that abuses people’s feelings, pain, anger and animosities. A stage-managed reconciliation process – selective and distorted – will be a mockery to those who have been yearning for justice and closure. The onus is on the political elite to honour the constitutional obligations and breath life into the NPRC. Citizens, however, should also guard against accepting an artificial and imposed elite driven national peace and reconciliation process; a top-down process which cannot resonate with the grassroots. Citizens should also resist attempts by the political elites to offer amnesty to the perpetrators of political violence at the expense of facing transitional justice.

In such a polarised environment, where traditional chiefs serve as biased political actors, citizens should demand an organically-driven, just, fair and transparent reconciliation process. They should always be vigilante so as to disentangle and divorce reality from fiction, rhetoric, drama and myth. Indeed, the ordinary men and women should be able to pick what is real or unreal from all the preceding events prior to the NPRC’s operationalization.

The framing of the narrative of reconciliation should also go beyond what the award-winning Nigerian-born novelist, Chimamanda Ngozi Adichie, terms the ‘Danger of a Single Story’. Instead, the narrative should be holistic, broad-based and consensual, embracing multiple narratives. The optimist will see the postponement of the NPRC as a dream-deferred, whilst the pessimist will view its proposed establishment as a façade; arguing that the apparatus of state violence remains in situ, as evidenced by the conspicuous lack of attitudinal and character change on the part of the political elites, who are the NPRC’s architects and arbiters. Consequently, the success or failure of Zimbabwe’s NPRC will therefore be determined by both endogenous and exogenous factors. Most importantly, the framing and conceptualisation of the reconciliation narrative will have a huge bearing – either negatively or positively – on the ultimate outcome the reconciliation process.

Gift Mwonzora is a PhD Candidate at Rhodes University in South Africa. He is also a lecturer with the Zimbabwe Open University (ZOU).