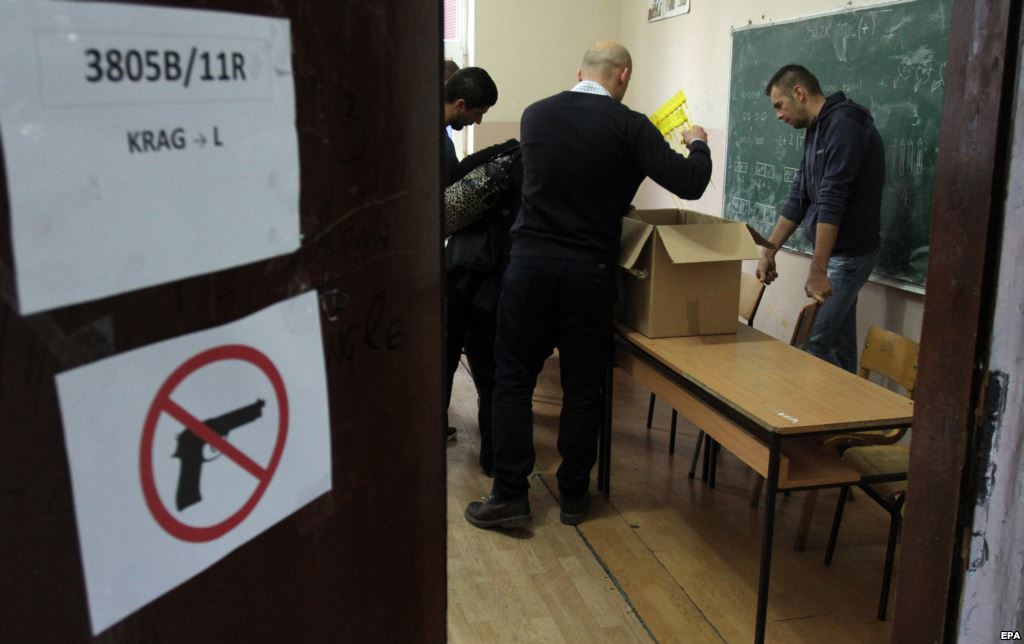 The municipal elections in Kosovo on were not really local, and come down to two very different stories depending on whether one looks at the Serb-held northern region or the rest of the country. These were not ordinary elections: they were meant to mark a peaceful transfer of power over northern Kosovo, from Serbia to the Kosovo government in Pristina. Their failure is a serious warning sign.

The municipal elections in Kosovo on 3 November were not really local, and come down to two very different stories depending on whether one looks at the Serb-held northern region or the rest of the country. In the government-controlled south, Election Day was inspirational as all communities turned out heavily and peacefully. North of the Ibar river, the elections were tragic, with hubris and assorted other flaws leading to a day ending in violence and confusion. These were not ordinary elections: they were meant to mark a peaceful transfer of power over northern Kosovo, from Serbia to the Kosovo government in Pristina. Their failure is a serious warning sign.

Serbs in municipalities south of the Ibar river, voting in their second local election under Kosovo law, turned out in numbers that are indistinguishable from the majority Albanian population around them. Voting in Kosovo-run elections is no longer an issue for the southern Serb community.

The Belgrade-backed “Srpska” citizens’ initiative did well in Serb-majority areas but not as well as it hoped, and all its mayoral candidates will have to compete in a second run-off round on 1 December. In some areas, such as Parteš, the incumbent Independent Liberal Party (SLS) held the lead against Srpska. But the overall pattern south of the Ibar is fragmentation and coalition-building; the days of one-party dominance are over.

A looming wave of Serb refugee voters turned into a ripple outside of Serb-majority areas, and hardly any bothered to vote in the places they used to live. If Belgrade planned to inject itself into Kosovo politics through the refugee vote, it has failed.

Officials struggled in many areas. In some polling stations (Pristina and South Mitrovica) officials did not know which documents were sufficient to identify a voter. In others, especially remote locations, staff appeared overwhelmed and waits could be long. But overall, early reports show few of the signs of gross fraud that marred previous elections. Election Day in most of Kosovo showed the promise of a multi-ethnic democracy in action, not without problems but still offering a good model to aim for.

The elections failed north of the Ibar.

The electoral process, from registration of parties and voters, to public outreach, civic education and finally the campaign, was so deeply flawed as to produce a fundamentally unfree and unfair result no matter what happened on Election Day – as our recent paper, available on this website, described. The actual voting made that flawed situation even worse. Overall, the day began in tension and chaos, settled in the late morning to a relative calm with some families voting together, and then disintegrated completely in the early evening as attacks on polling stations in North Mitrovica led to a close of stations and a chaotic withdrawal throughout northern Kosovo.

We don’t know what happened in the crucial hour before the attack on the North Mitrovica polling stations: who gave the order, who were the masked men who carried it out, and how did they escape without a single arrest?

The narrative taking hold in the North blames the Srpska list and Belgrade; many believe that heavy Albanian turnout in North Mitrovica (over 70 percent of the vote total came from polling stations in Albanian neighbourhoods by one count) led first to the early afternoon push and then, when that failed to produce enough votes, to the attack. The overall feeling is of being helpless observers in a charade written by remote powers, of being served an account of successful local democracy at odds with the evidence of one’s own eyes. It is corrosive to everything essential for good government in the local region, and will erode the legitimacy of anyone elected in the process and of those in Belgrade, Pristina and the international community seen as endorsing it.

Whatever the answer to these questions, the election in northern Kosovo did not produce safe or meaningful results and should be repeated. Turnout in some areas was extremely low. Ballots were handled in violation of the law and are not safe. Intimidation – both for and against voting, and on behalf of specific candidates and lists – was pervasive. There was little attempt to explain the underlying issues at play; since this election marks the transition from Serbian to Kosovo law and administration for the four northern municipalities, such an explanation by Belgrade and Pristina is an essential precondition for a meaningful vote. The other shortcomings identified in Balkans Group’s earlier report need to be corrected as well; only then can northern Kosovo hold the election it needs.

Balkans Policy Research Group (Balkans Group) is a non-profit, non-governmental think-tank researching and developing policy recommendations on peacebuilding and statebuilding issues in Southeastern Europe. Balkans Group is built on the foundation laid down by the International Crisis Group’s years of work in the region, though it is not a continuation of Crisis Group under another name, but a wholly independent organization with a distinct goal, carrying forward a valuable legacy. Balkans Group is dedicated to helping the region overcome the fragility that threatens its development and obstructs integration with Europe.

The article was originally published by the Balkans Policy Research Group and is available by clicking here.