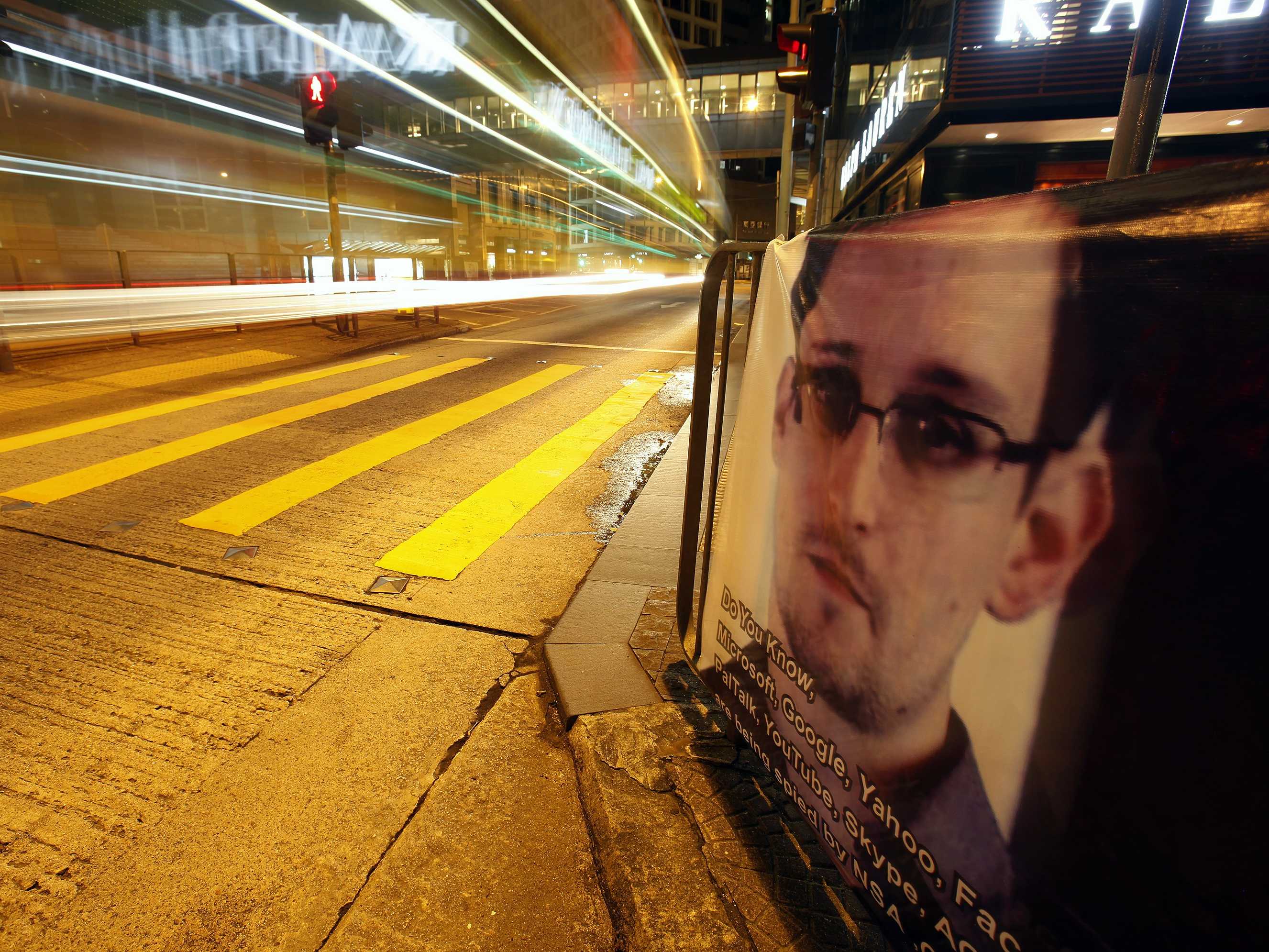 What might a world citizen look like while there is still no world government? The first example might be Edward Snowden. Whether he meant to or not, his disclosures have served the interest of people around the world in the privacy of our communications. In other words, world citizens may think and act outside the confines of the sovereign entities they inhabit.

And now for something completely different.  I will in this posting suggest possibilities that might be considered a bit crazy and might even get me added to the FBI (or NSA?) watch list:  that we have reached the point in human history, and the onrush of globalization, to begin thinking – at least thinking – about world government.  To begin with, we might perhaps agree to start with the United Nations and consider how we as world citizens might move it in the direction of a European Union model as it could be applied to the current 193 members.

This possibility came to me after reading a recent piece by Stewart Patrick in Foreign Affairs (January/February issue) entitled “The Unruled World.”  Patrick argues that the world’s multilateral institutions have become atrophied since the UN was founded after World War II.  They hold meetings, issue reports and muddle through dealing with transnational issues.  The UN Security Council has failed to keep up with changing international power relations, the WTO is “comatose” and NATO “struggles” to find its role.  The importance of the UN has declined, the UNSC has shown itself repeatedly stymied by political differences among its members.  This all comes while the need for international cooperation is ever increasing.

The world’s leading power, the US, increasingly has operated outside the UN context often relying on more malleable regional organizations.  Global governance – “the collective effort by sovereign states, international organizations, and other nonstate actors to address common challenges and seize opportunities that transcend national frontiers” – suffers within the context of an “anarchic” system of international politics “composed of independent sovereign units that recognize no higher authority.”  Power realities based on sovereign states make change in the structure of international institutions unlikely.  Patrick concludes that as “the current global disorder…is clearly here to stay” the challenge is to make it work “as well as possible.”  He suggests an approach of “good enough governance” based on “ad hoc coalitions of the willing, regional and subregional institutions, public-private arrangements, and informal codes of conduct.”

It is hard to argue that the current international system doesn’t leave much to be desired or that the UN works as well as it might.  Meanwhile, we human beings live in a violent world, intensely and increasingly interconnected and with a concentration of wealth in which Oxfam estimates the 85 richest individuals have as much wealth as the poorest 3.5 billion of our total population.  (Oxfam notes that the global 1% have 65 times the wealth of the poorest half of humanity.)  None of the sovereign state governments show any real interest in reducing global inequality – and few care much about domestic inequality either, including the US – and none of the major powers have shown themselves ready to deal effectively with violent conflicts, environmental degradation and climate change.

But why abandon the UN in favor of work-arounds?  The UN remains the only truly global assembly we have and the countries that have signed the Charter commit themselves to collective action and the use of force only through the UNSC.  Allowing the leading powers to use their coalitions of the willing to pursue their own interests (and demons) seems more to increase international disorder rather than decrease it.  Aristotle noted long ago that the many are more likely to reach good decisions than the few.  If global governance is insufficient to resolve the myriad of challenges the human race faces in the 21st Century, then maybe it’s time to talk about moving toward a genuine world government?

I live in a country in which many are deeply suspicious of any government, much less a world one.  Some of these still fear the intrusion of UN “black helicopters” that may come over the horizon at any moment to steal our freedom.  But many others around the world might see it differently, from the point of view of those for whom the current order leaves too much injustice, too much disorder, too much undone, too many grievances that nurture violence?  Might it be time for we citizens of the various sovereign states to see ourselves also as citizens of the world, citizens of a government that does not yet exist but may need to come into existence for our own collective good?   Perhaps we can at least begin talking about world government?  What it might be, how we might get there, where we might start?

What might a world citizen look like while there is still no world government?  The first example that comes to mind might be Edward Snowden.  Whether he meant to or not, his disclosures – clearly illegal under US law – have served the interest of people around the world (and the IT companies that serve us) in the privacy of our communications.  In other words, world citizens may think and act outside the confines of the sovereign entities they inhabit.

As it remains unlikely that we can achieve anything like a truly global polity with its own sovereign institutions in any foreseeable time, how might world citizens begin to think about practical steps in that general direction?  The EU comes to mind as a possible model to guide evolution of the UN.  The EU is a system of institutions and organizations built from, and over, a number of independent sovereign states.  Might we move toward making the General Assembly eventually an elected body as is the European Parliament?  Not much real power but providing a way for we as a species to begin gaining the experience of acting together as citizens of that future world polity?  Might the UNSC evolve into something like the European Commission with a larger membership perhaps based upon states willing to take on certain collective responsibilities? And here is a possible sweetener for the US:  maybe the Fed can play the role of the German Bundesbank in establishing a world central bank and a common currency?

As I suggested at the outset, just a few crazy and possibly dangerous thoughts.