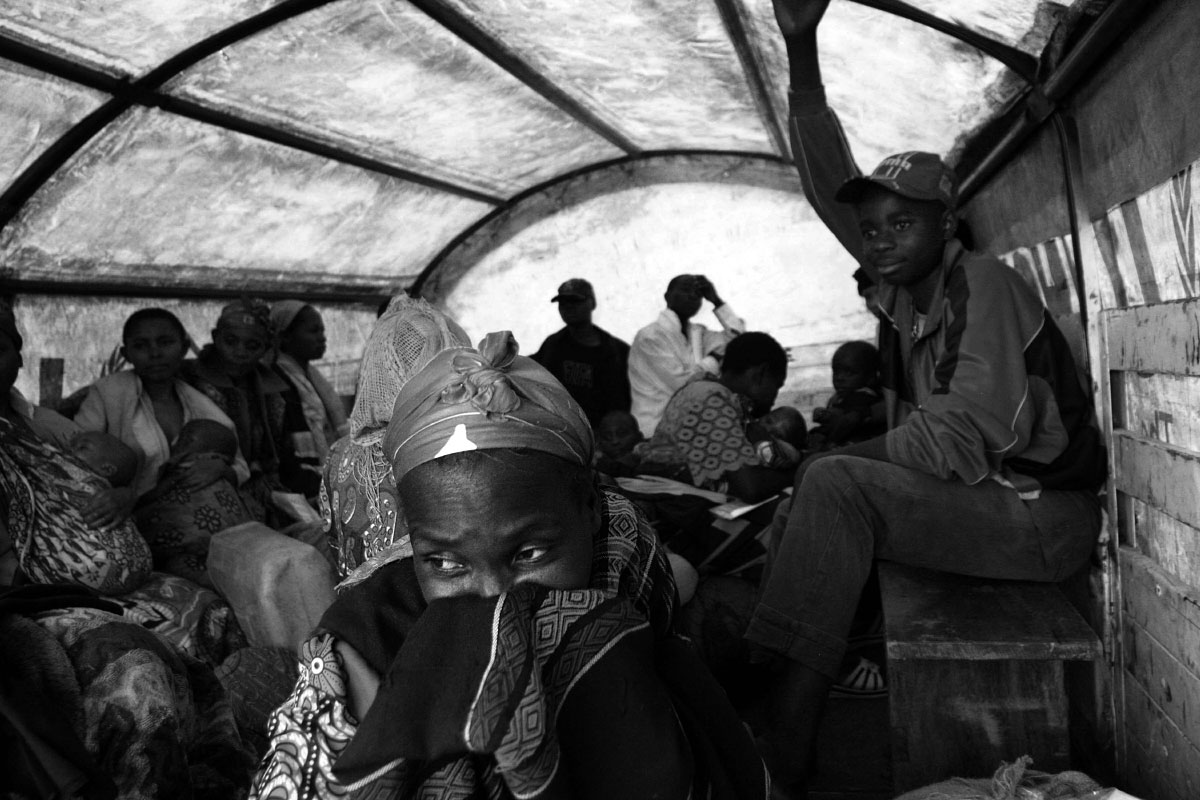 The collective acknowledgement of the past not only clears up misunderstandings, it also liberates us from the tyranny of widespread, existing popular prejudices. In order for reconciliation to take root in political and moral quarrels, there is first a need for truth, then justice and finally forgiveness.

The Rwandan genocide was set in motion on April 6 1994, when the plane carrying the president, Juvenal Habyarimana, and his Burundian counterpart, Cyprien Ntaryamira, was shot down as it approached Kigali Airport. A few hours later Rwanda was thrown into massive killings that targeted ethnic Tutsis and moderate Hutus. It is believed that this genocide was orchestrated and executed by the Rwandan armed forces and a Hutu militia (Interahamwe). It is estimated that between five hundred thousand and one million Rwandans were killed in a period of three months.

Analysts now conclude that this genocide was planned in advance and that the bringing down of the presidential plane acted as a catalyst that sparked it off. It was also  established that for months prior to the actual genocide, the  National Radio, Radio-télévision Libre des Mille Collines (RTLM) and the newspaper Kangura had been spreading violent and racist propaganda on a daily basis, fomenting hatred and urging its listeners to exterminate the Tutsi, to whom it referred as Inyenzi, or cockroaches.

Observing Rwanda’s achievements since the devastation of 1994 – especially the role of the hybrid system of Gacaca courts in strengthening the process of unity and reconciliation in the country – the values of peace and stability are now profound. Gacaca is a community justice system adopted by the Rwandan government in 2001 as a response to the huge number of detainees suspected to have taken part in the 1994 genocide. The system draws from aspects of modern and traditional justice system. It is intended to achieve the truth by letting people present their stories and narratives, administer justice by meting out appropriate community-oriented punishments, and contributing to reconciliation by facilitating community healing.

The Rwandan government and Rwandans embraced Gacaca not because of its big motivation to achieve justice at less expense, but because they understood that in the face of violent conflict we are confronted with justice, on one hand demanding appropriate punishment for the offender, and on the other love, insisting on giving people a new future. In the immediate aftermath of genocide this was the struggle of Rwanda to deal with the past evils and forge a new future. Some countries avoid dealing with past violations due to the fear that this may provoke further confrontations that might weaken already tenuous political authority. Instead, they are tempted to turn a blind eye to the evil past and shroud it in oblivion. Other complications arise when victims dread having to relive the horror and humiliation by describing it in public, often years after the events happened. In such situations, there are those who argue that digging into the past simply distracts from focusing on the future. However, healing and reconciliation is essential in forging a new future. At the same time there can be no just and lasting reconciliation if the need for justice is not effectively addressed.

The healing process needs to address past atrocities by a process of truth telling that exposes past violations to public and collective acknowledgEments. The collective acknowledgement of the past not only clears up misunderstandings, it also liberates us from the tyranny of widespread, existing popular prejudices. In order for reconciliation to take root in political and moral quarrels, there is first a need for truth, then justice and finally forgiveness. Seeking the truth about injustices, demanding justice by meting out punishments or restitution does not preclude reconciliation. True reconciliation means considering the past as past and resolving that it must no longer impinge on the present or the future.

The road to reconciliation is long and full of pitfalls and uncertainties. Reconciliation must not, however, be used as the ideological mantle of injustices; the cement that is used to cover the cracks of injustice. It must not be sought in defiance of the rule of law and respect for others, but should be based on the truth. The demand for justice means satisfactorily resolving past wrongs. And this requires establishing the truth about the past; acknowledging imbalances and demanding repairs. Truth telling means going into the dark past. Because experiences show that if you do not deal with a dark past effectively and look the beast in the eye, the beast will not go down quietly. It will, sure as anything, come back and haunt you horrendously.

The expression of truth encourages the confession of guilt and genuine contrition, it restores the self-respect of the perpetrator and the dignity of the victim, and it contributes to healing by promoting the common good. The challenge here is to explore ways of dealing with past injustices without impinging on the present or the future.  This means strengthening and improving justice institutions at all levels so as to deal with those who have committed gross injustices while rebuilding the foundation of society.  There is a need for balance in the process which ensures that society deals with the past without undermining the process of recovery.

Genuine peace and reconstruction is not possible without authentic forgiveness, justice and reconciliation. It is now generally accepted that there can be no peace without justice, no justice without forgiveness and no forgiveness without truth.

Forgiveness and reconciliation are indispensable in restoring relationships in the aftermath of a bitter past such as our 1994 genocide. The prophets in the Old Testament insisted on justice for the oppressed and repentance for the evildoer. Reconciliation is a process which is completed when the victim extends forgiveness to those who injured them and the perpetrator shows repentance.  The acts of forgiveness and repentance are however, distinct acts of gratuity by the victim and the perpetrator respectively. One does not require the other for it to happen, but they are both necessary reconciliation. Forgiveness can, on the other hand, be a means of encouraging repentance and vice versa, although it can undermine justice by perpetuating injustice especially when political criminals are granted blanket amnesties. In Christian ethics the wrongdoer has a right to be forgiven. This breaks the cycle of violence because forgiveness does not ignore the wrong; nor does it exculpate the perpetrator. Instead it restores relationships that allow for growth and new beginnings.

It is often said that one should forgive and forget. Forgetting ignores the past injustices and hence amounts to tacit cooperation with the oppressor. Therefore, forgetting past injustices is complicity with evil, which continues the assault of the dignity of the victims. Forgetting the injury inflicted is a form of denial of injustice, whereas respect and justice for the victims requires remembering and even expressing sentiments of anger and resentment at the acts of injustice. Remembering gives the victims a public expression and social validation. It restores the victim’s dignity and counters the culture of impunity by acknowledging the rights of victims. In fact one can even go further and argue that forgiveness occurs not by forgetting, but in remembering the injury, transcending the feelings of hurt and hatred and embracing the perpetrator in love. One needs to remember that there is something in the past to be forgiven. It is probably not possible to attain complete justice or reconciliation, but Rwandans created conditions that favour accountability so that they could move from reconciliation to conciliation. Instead of moving back to a previous relationship, we built on the possibilities and forged new bonds. Each one of us, Hutu and Tutsi, has the moral duty and responsibility to ensure that never again shall there be the senseless shedding of blood in our country. Remembering can also act as deterrence.

Kubwimana Venuste is Secretary General of the International Foundation for Transformation, a youth development organisation based in Kenya.