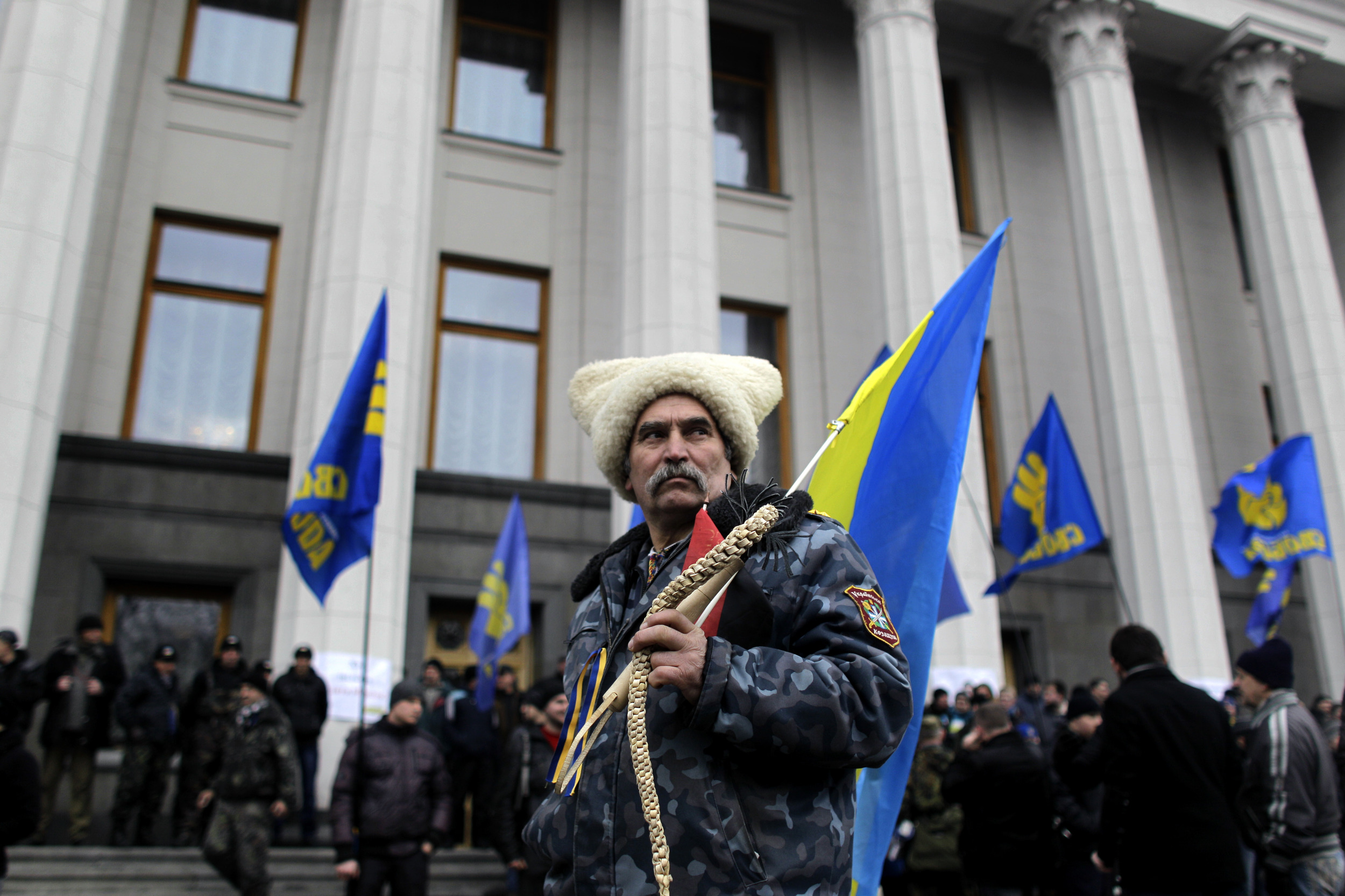 Russia has real interests in Ukraine, the West does not. The Ukrainians have fundamental interests.  The Western role should be to help them make the best deal possible with Russia while there may still be one to make.

The latest events in eastern Ukraine show a clear Russian attempt to break the Ukrainian government and open up political space for either dismembering the country or imposing a framework of “federalism” that would achieve the same objective without formally changing the remaining borders.

Since the Crimea crisis – and before that through efforts to fend off EU influence in Kiev prior to the collapse of the Yanukovych regime – Moscow has sought to use its multi-faceted leverage in Ukraine to maintain its preponderant influence there. Now it is supporting a pro-Russian uprising in eastern Ukraine to force Kiev to either overplay or underplay its hand. Either way, Vladimir Putin seeks to weaken the government there, discredit the planned May election and ultimately dictate the country’s future.

The recent seizures of government and police buildings in the east left the Ukrainian government no choice but to respond. If it did nothing, its credibility and political standing would have eroded to the point that it might not be able to stand. Any Ukrainians depending on that government to take the country through a difficult transition while providing them security and the essentials of life (including energy) would have had to begin looking elsewhere. So Kiev sent troops – as it could not depend on police – in what it tried to bill as a gradual reimposition of authority. As this does not appear to be working, it faces yet again the choice of acting more forcefully or being seen to have failed. Using force to dislodge a mixture of locals swayed by Russian propaganda and imported Russian elements would lead to three possible outcomes: success (perhaps bloody), failure (perhaps with the defection of significant elements of its own forces sent to curb the rebellion and resulting in de facto partition of the country) or outright civil war. The latter two possibilities seem most probable at this point and both would serve Putin’s aims. Anything short of success for Kiev in reimposing order would accomplish Moscow’s political aim of breaking the Ukrainian government. Civil war would offer it a probably irresistible justification for moving troops into contested areas and putting them on the road to a Crimea “solution.”

It remains difficult to see how Putin’s plan can be disrupted. Russia has what the US and EU countries do not have in Ukraine, national interests and levers of power. Its national interests are clear, Russians consider Ukraine part of their civilization and they have significant populations in the east. Moscow also cannot accept yet another Western grab of territory from it previous sphere of influence – the former Warsaw Pact and USSR – this one so close to “home.” The US and EU have no real national interests in Ukraine. Ukraine is not a NATO member and the EU has appeared less than eager to bring it into the fold. The Western powers also have limited levers of influence there, having – wisely – ruled out use of force.

Russia does not have to invade Ukraine to play out Putin’s game. Indeed his efforts so far could be seen as a text-book model of how to use indirect, covert and open means to act effectively against weak neighbors, including Russian-gas-dependent Europe. (Putin must have been chuckling when he suggested that the EU could help Ukraine best by paying Russia its gas bill. Pure KGB “cleverness.”)

Moscow has shown itself immune to the repeated warnings from Washington and Brussels on sanctions and to NATO’s largely symbolic regional deployments. The future of Ukraine is important to the Ukrainian people and it belongs in their hands. It must be clear to them by now that the West offers little beyond verbal support. Indeed, why would the US and EU make great efforts to defend a government still full of oligarchs and questionable elements that were part of Yanukovych’s corrupt regime? Do any of the likely candidates for high office offer any more of a prospect of even gradual movement toward genuine democracy and economic reform? Ukraine was part of the USSR for decades, why care now that it be under heavy Russian influence? Insistence that Russia cease and desist and return Crimea does not help Ukraine. The US backs this up with calls for more sanctions while leaving the biggest potential cost to Europe. No EU government really wants to impose such tougher sanctions but they have also not shaken off US efforts to push them in that direction. So far the Europeans – even Germany – seem to be deer caught in the headlights of America’s apparent drive to recreate the dynamics of the Cold War.

Russia has real interests in Ukraine, the West does not. The Ukrainians have fundamental interests.  The Western role should be to help them make the best deal possible with Russia while there may still be one to make: a federal Ukraine with local autonomy for areas that want it, guarantees of ethnic cultural rights and with central institutions based on democratic choice and economic cooperation both with the EU and Russia. (Perhaps even the return of Crimea under at least formal Ukrainian sovereignty might be agreed.) The US preferred alternative – insisting on Russia agreeing to stand down and let Ukraine go off completely on its own – appears a non-starter and could lead in the end either to the breakup of Ukraine or the ultimate imposition of a form of “federalism” that would leave much of the country part of Russia in everything but name. Is the US ready for real negotiations? How long will Europe let itself be led into a confrontation it should never have gotten into?