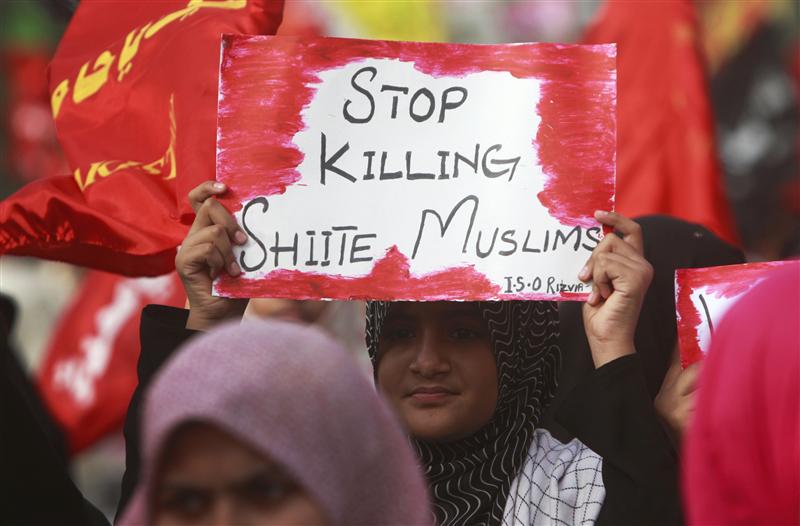 Over the past decade Pakistan has witnessed unprecedented violence. Thousands of families have lost loved ones, explosions have altered the shape of infrastructure and turbulence has caused the deterioration of economy. The government’s recent effort to find peace with Tehrik-i-Taliban Pakistan (TTP) is a positive step toward bringing back Pakistan’s heyday. During the days of ceasefire, there has been an observable decline in terrorist activities carried out by TTP, especially in the most affected region, Khyber Pakhtunkhwa. Although the ceasefire appears not to have been applicable to Karachi as it continued to witness rampant violence.

It is true that the ratio of bomb blasts in the city is relatively low, but Karachi has been plagued by rampant targeted killing. These targeted killings are mostly political and sectarian in nature. Shias are the most affected among all. According to estimates, 47 Shias have been killed since January 2014 – including four doctors, four professors, two advocates and a principal.

In my interviews with Shia families, I observed from their remarks severe mistrust in state institutions. While asking about the ongoing sectarian killing, they often replied abruptly – “The government, security forces, and judiciary are responsible”.  A brother of one victim said explicitly that these institutions are involved and responsible for his elder brother’s assassination.

In a recent video Pakistan’s Defence Minister,  Khawaja Asif, was seen censuring General (r) Pervez Musharraf. For this, Asif faced severe criticism for maligning and censuring state’s institution i.e. Army. The critics of Asif argued that his act may result in a trust deficit between people and the army which will hamper public faith for all state institutions. As such it is imperative to retain public support.

Theoretically, no institution can function without the support of its people. When there is a vacuum between people and institutions, it paves the way for disintegration of the state. The prevailing Shia killing is creating an alarming degree of mistrust between Shias and state institutions. If this continues, these people may begin to actively turn against the state.

It is apt to refer to the situation in Balochistan. Since 1948, Balochs have been the victim of state atrocities. Pakistan’s institutions have miserably failed to address this issue. Consequently, Balochs turned against the state and now are set on achieving independence and the formation of a Greater Balochistan.

Segregation of East Pakistan is another example of state’s dysfunctionality. Pakistan is already facing number of threats – including border threats, terrorism and other internal threats. And, it is not in a position to bear more.

There pressing need to provide justice. Thousands of terrorists have been released due to lack of evidence. Moreover, the critics of judiciary also argue that Pakistan’s judicial system is relatively slow and inefficient. A large number of cases are still pending even though many years have passed.

On the other hand, the civilian government must take measures against those who are promoting hatred and fuelling violence. The free movement and functioning of banned outfits must be curtailed.

The Human Rights Commission of Pakistan in its report State of Human Rights in Pakistan 2013 condemned the ongoing sectarian killing and stressed that usual government assurances following these sectarian killings did not “assuage the pain of those directly affected and of the countless other Pakistanis who feel an acute sense of abandonment. Rather than praising the citizens for foiling attempts to instigate sectarian bloodshed, the government should nab the killers to end this butchery. It is ceaseless and senseless killing like this that has led to suspicions that the security agencies either do not have a clue on how to stop the bloodshed or they are involved. In such cases incompetence is only marginally less damning than downright complicity”.

It is high time that all responsible institutions must play their role including civilian government, judiciary and security forces to stop this killing. Otherwise, it will be too late and our dream for a democratic and pluralistic society will remain unfulfilled.

Jaffer Abbas Mirza is a researcher at The Pakistan Institute of International Affairs. He is a blogger and holds a BS degree in International Relations.