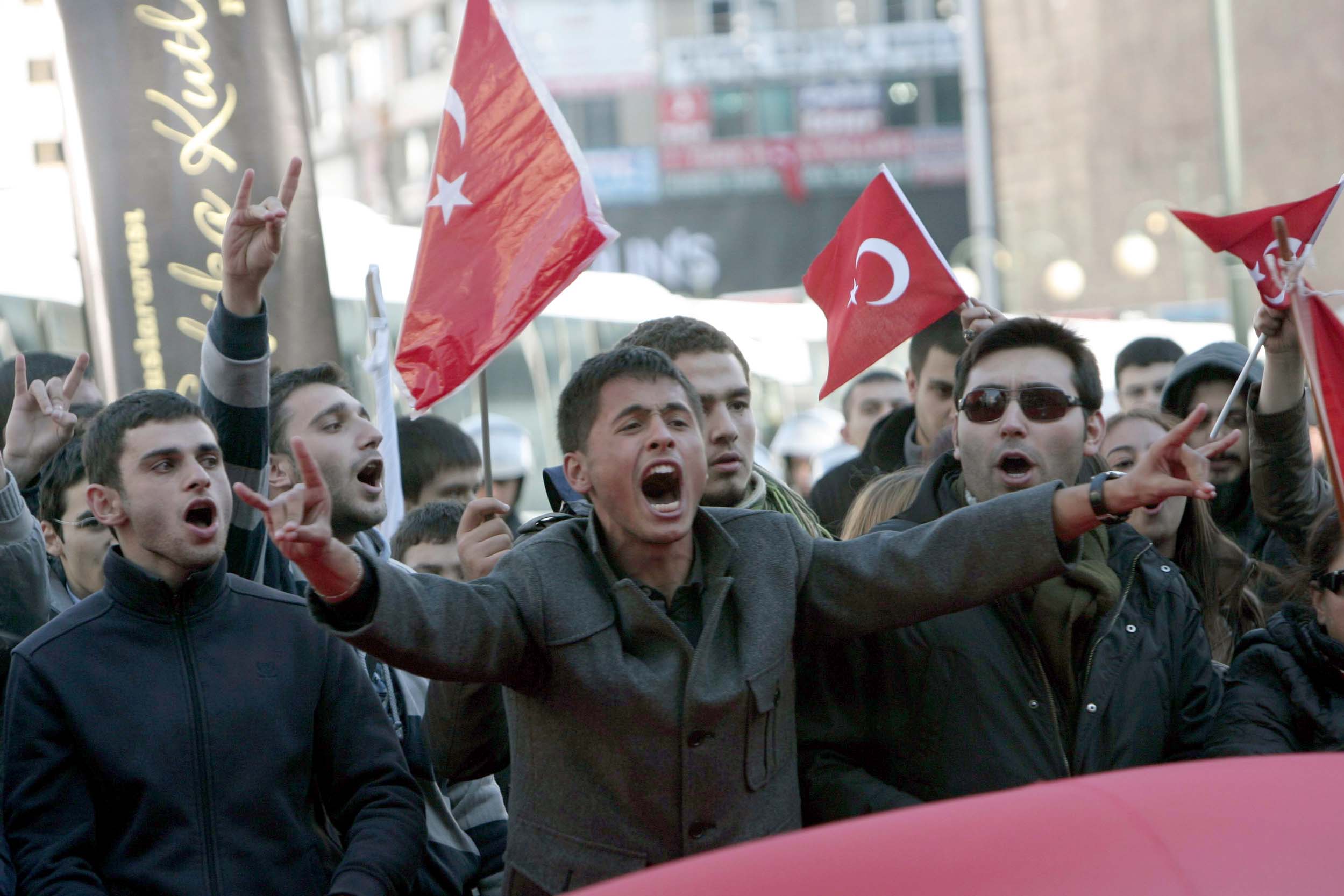 Turkey is gearing up for Presidential elections in August, and the Kurdish vote might determine the next president of Turkey.

The Turkish Government has been negotiating a peace deal with the PKK behind closed doors for over two years. So far both parties have managed to keep the content of the negotiations hidden from the public. In recent weeks, there are a growing number of signs that point to a dead end in the peace process. There are two reasons for the lack of progress: a) mistrust between the Kurdish parties and b) the exclusive secrecy of the negotiations.

Duran Kalkan, a member of the central executive committee of the PKK, made a recent statement questioning the representativeness of the elected Kurdish MPs who have been meeting with Ocalan regularly over the past year. So far there have been rumours of a rift between the BDP/HDP (legal Kurdish political parties) and the PKK. The recent statement is a confirmation of mistrust between the militant group and Kurdish politicians. Furthermore, the Turkish Government is sending contradictory messages that hinder the development of genuine trust between the negotiating parties.

Ongoing construction of 166 Reinforced Military Outposts in South East provinces, known as the “Kalekol”, on top of the 114 that have already been built causes insecurity among the PKK and mistrust toward the validity of the Turkish government’s promises. PKK leaders feel increasingly insecure about the future of the organization, as elected Kurdish MPs begin to determine the Kurdish negotiating position. In retaliation, PKK mobilized its militant youth wing, YDG-H (Patriotic Revolutionary Youth Movement), in the South East region, which launched violent protests at the end of May against the Kalekol constructions. The YDG-H militants put roadblocks, and set up checkpoints at the intercity highways.  In Lice province, violence spiraled following the death of two civilians by the security forces. A young YDG-H militant went into the military zone at the Air Force Base in Diyarbakir and pulled down the Turkish flag while the security forces chose not to fire upon the militant.  Only after Ocalan’s plea for calm from his prison island, the political wing of PKK, KCK (Kurdish Communities Union) called for an end to violent protests. This was a clear attempt by the PKK leadership to ruffle its feathers and show both to the Turkish Government and the elected Kurdish MPs that they still could sabotage the peace negotiations if they are excluded.

Exclusionary structure of the peace negotiations

Kurdish peace talks have been moving forward in exclusive secrecy so far. Hakan Fidan, the enigmatic chief of Turkey’s National Intelligence Service (MIT) is being has been provided with legal and political immunity. The controversial new National Intelligence Law allows MIT to engage in negotiations with terrorist groups if necessary. The only other person aware of the content of the negotiations is prime minister Erdogan. Ocalan has been negotiating with the Turkish government on behalf of the PKK and has been allowed to deliver his messages via his meetings with the elected Kurdish MPs. Over the past few months it became clear that the negotiations have to enter into a new phase and be more open to the inclusion of other parties.

Turkey’s main opposition, CHP has been complaining about a lack of clarity about the content of the negotiations. More importantly, the Nationalist Movement Party (MHP), who had made significant advances in the last local elections, has been completely left out and is having a hard time controlling its fringe nationalist elements.

PKK wants to communicate with Abdullah Ocalan directly. The founding leader of the PKK, Abdullah Ocalan has been in solitary confinement for the past 15 years in the Imrali Island in the Marmara Sea. The Kurdish politicians want Ocalan to be transferred to house arrest where he would be allowed to accept visitors and actively participate in politics.  Many among the Kurdish political movement liken Ocalan’s situation to Mandela’s imprisonment in Robben Island. Yet such a transition doesn’t seem likely just yet.

Turkey is gearing up for the Presidential elections in August. It is not a hidden secret that the Kurdish vote might determine the next president of Turkey. Kurdish politicians already started to lay their cards out, suggesting any coalition would have to include a vision to move Ocalan from his prison island into a house. Erdogan who looks very eager to become the new president has not yet responded to such demands, whereas the main opposition CHP voiced its willingness to support a legal framework for the next phase of peace negotiations. The content of the negotiations will also have an important impact on the grand bargain, which I will be discussing in my next piece.

Dr. Ulas Doga Eralp is a scholar and practitioner of international conflict, human rights, development and democratization. He has a PhD from the School for Conflict Analysis and Resolution from George Mason University, and currently works as a Professorial Lecturer at the International Peace and Conflict Resolution Program of the School of International Service (SIS) at American University in