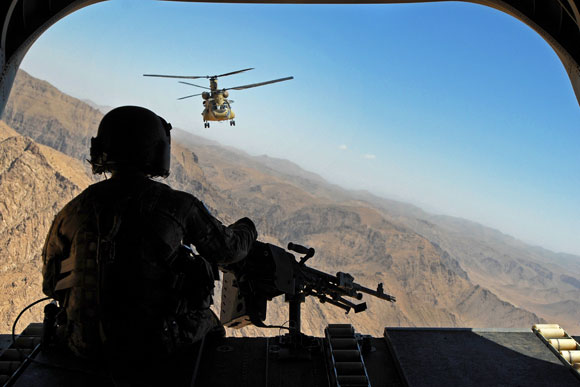 In general, intervention of any kind interferes with the inherent right to sovereignty and integrity that a state has, simply by virtue of being a state. From diplomatic coercion to sanctions, from full-fledged embargoes to outright military intervention, the use of pressure and force to coerce an end to conflict into place is both unsustainable and wrong. This is both, an established principle in foreign policy and international law – but ironically observed in its breach. Intervention to restore peace inflicts more damage, and the impact it seeks to attain is not sustainable. I would like to make the case for sustainable and collaborative on-ground approaches as opposed to thrusting solutions onto a community, as the right means to arrive at a state of sustainable peace.

Intervention on any other account to restore peace is not logical if it does not factor into account the needs of the people in the community in which such an intervention made. Think of an abscess on your hand. One way to handle it is to puncture it with a needle. Another way is to cut it open and drain it: both of which will ensure that it’s gone for now, but there to stay later. A third way is to look at the reason that’s causing the abscess: perhaps it is a bacterial infection that needs attention. Medication might just result in a sustainable cure: and you might find yourself well on the way to unhindered recovery.

Zoom out of this and look at the big picture. A country is embroiled in a civil war after its social and political fabric disintegrates along fault-lines created by years of defining undercurrents of antagonism: ethnic tensions, historical issues, economic burdens, religious differences or oppression. It doesn’t augur well if, out of nowhere, a whole community outside the country decide that the country needs peace, but instead of attempting to understand the country, they decide to pounce on the nation with force to impose peace.

Take any example and it will only prove this fact. Tunisia during the Arab Spring established its transition from dictatorship to democracy on its own. Egypt did, too, but the multiple incidents that took place in the aftermath remain a can of worms best left for another day’s analysis. However, look at Libya, Afghanistan and even Iraq. The withdrawal of troops following interventions left behind societies that were splintered, struggling to find a route to a solution that would get them out of war once and for all. In many ways, all three countries are still looking for those elusive solutions: and because they have already been torn by war, they flounder under the challenge of having to keep together to find a solution.

There is a reason why military and foreign intervention doesn’t work. These interventions thrust “solutions” onto the people of the country intervened in. These “solutions” are the intervening power’s idea of what the ideal is, and are not necessarily the ideal for the people with whose country the intervention occurs. These people do not own these “solutions”, and have no stake-holding in the process of arriving at such a “solution”.  The imposed solution is neither an owned nor a shared vision – and no one that it is forced upon wants to see it through, simply because it is not theirs to begin with. This only leads to more fractures in society, and varying degrees of instability that ranges from unsustainable peace to outright conflict.