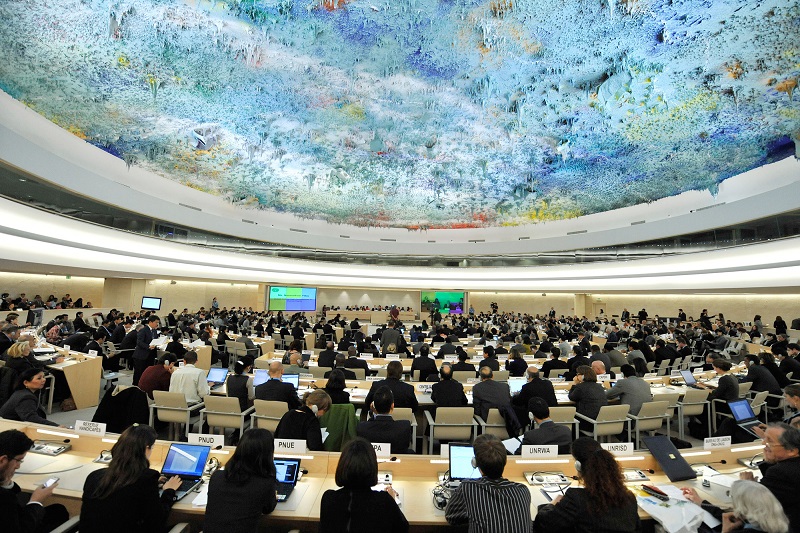 The UN Human Rights Council Special Session on Iraq was a major advance for world law as for the first time, a non-state actor is held responsible for upholding universally-recognized human rights standards.

On 1 September 2014, the UN Human Rights Council held a Special Session in Geneva devoted to the violations of human rights in Iraq, especially in areas under the control of the Islamic State (also known as the Islamic State in Iraq and Syria, ISIS). A Special Session is the highest priority for the Human Rights Council and usually takes a good deal of private negotiations among ambassadors before it is called. In this case, it was decided to focus only on Iraq. Had Syria been included, the violations of human rights by the Syrian government would also have had to be considered and this would have drawn attention away from the ISIS issue. The resolution of the Special Session is also negotiated in advance as the hope is to have consensus without a negative vote or abstentions.

The resolution called for the creation of a group of inquiry which would gather evidence and testimonies on the allegations of human rights violations. While such UN inquiries rarely uncover information that has not already been presented by specialized Non-governmental Organizations (NGOs) such as Amnesty International or Human Rights Watch, the information of the UN inquiry has a more official status and can serve as a basis of UN action.

There are currently four such investigations under way, created under the direction of Navi Pillay, the outgoing UN High Commissioner for Human Rights:

In light of the accusations of massive human rights violations as well as the danger that military operations will spread and potentially destabilize countries such as Lebanon and Jordan where there is a large number of refugees from Syria, the inquiry members will be chosen from among the Secretariat staff of the Office of the High Commissioner for Human Rights so that they can start immediately. NGOs in consultative status and governments can submit information in writing to the UN inquiry. As the Islamic State controls territory in both Iraq and Syria, NGOs are likely to submit evidence concerning both countries.

The Special Session on Iraq was a major advance for world law as for the first time, a non-state actor is held responsible for upholding universally-recognized human rights standards. There had been some debate among international law specialist if a non-state actor can be held responsible for violations in areas under its control. (1) Some governments fear that a recognition of the duties of armed opposition groups will only confer an international legitimacy to such groups − governments claiming that they are fighting against criminals and terrorists and that the “laws of war” do not apply.

International humanitarian law already maintains that non-state armed insurgencies are bound by the Red Cross conventions and customary international law. This advance in humanitarian law arose from a Red Cross conference in Geneva in 1977 as a reaction to the destructive war in Vietnam in which the Viet Cong was an armed insurgency in control of some territory. North Vietnam claimed during most of the conflict that it was not directly involved and thus not responsible for the actions of the Viet Cong. Thus the Red Cross conference adopted a 1977 Protocol to the Geneva Conventions which says that the humanitarian rules contained in Common Article 3 are to be respected by all sides in a particular conflict. Thus the wide range of duties in the Geneva Conventions applies to all sides fighting in an internal armed conflict.

There was some debate among specialists if human rights standards were equally applicable to all parties in an internal conflict. The 1 September Special Session resolution adopted with no negative vote is an indication of the growing acceptance of world law. It is not clear what impact this advance in world law will have on the armed members of the ISIS, but it is a consensus on which we, as NGOs, should build to create a strong wave of respect for world law. During the Special Session, the Ambassador of Malaysia called for the voices of moderation to drown out the voices of intolerance and terrorism. World law and a humanitarian respect for each individual is the core of such voices of moderation.

René Wadlow is president and a U.N. representative (Geneva) of the Association of World Citizens and editor of Transnational Perspectives.

If you are interested to contributing to the debate on conflict and conflict transformation in Iraq and Syria, then please contact TransConflict by clicking here.