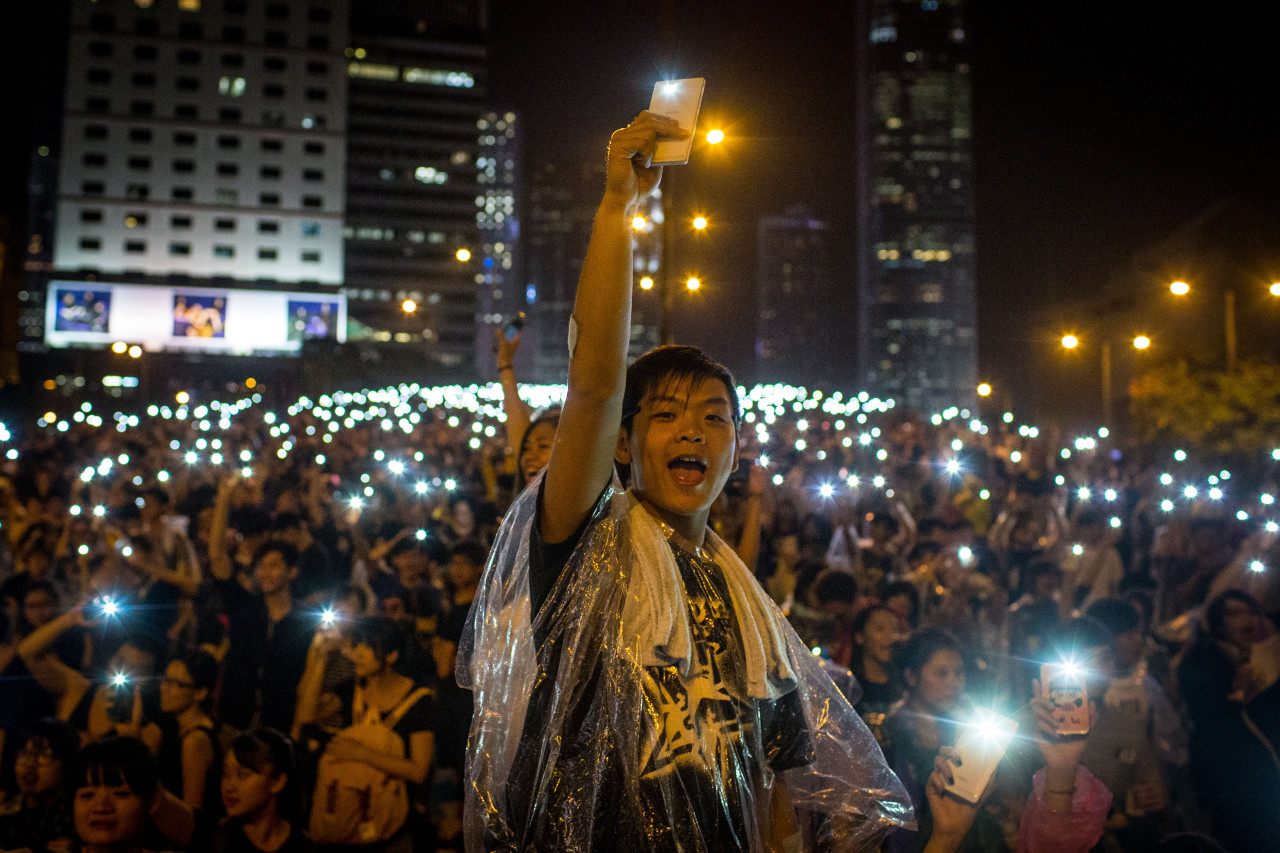 The goal of nonviolent action is not to repress or to defeat, but to convert, to allow the persons who are today the enemy to live according to the better part of human nature rather than by the violence and revenge which has been the dominant character of Chinese politics.

The use of nonviolent action does not mean meek submission to the will of the evil-doer, but it means the pitting of one’s whole soul against the will of the tyrant. The nonviolent approach does not immediately change the heart of the oppressor, but it first does something to the hearts and souls of those committed to nonviolence. It calls up resources of strength and courage that they did not know they had. Finally it reaches the opponent and stirs the conscience so that reconciliation becomes a reality.

Today, October 2nd, is the UN-General Assembly proclaimed Day of Nonviolence. The day was chosen as it is the birth anniversary of Mahatma Gandhi whose life and thought is most associated with nonviolent action. This year 2014, the Day of Nonviolence is celebrated in the light of the nonviolent wave after wave of protest actions in Hong Kong under the banner of “Love and Peace” starting what its leaders have called an era of civil disobedience. As one of the leaders has said “As the Wheel of Time has reached this point, we have decided to arise and act.”

The Wheel of Time refers to the Kalachakra teachings which spread from India to Tibet and then China toward the end of the first millennium C.E. It is a prophetic text theoretically based on the teachings of the Buddha. The original Indian texts have been lost and now only the Tibetan version exists from which it has been translated into English, in part by the late Tibet specialist George Roerich, son of the Russian painter and mystic Nicolas Roerich. The Kalachakra has been known in esoteric circles among Chinese Buddhists, and the use of the term by nonviolent leaders in Hong Kong is not accidental.

The Kalachakra teachings hold that a new era, a new age, would begin 1000 years after the original teachings were set out. The 1000year cycle would be ending now and the new era is starting. The New Era is based on enlightenment and nonviolence. The first aspect of the new age according to the Kalachakra is that each individual has the destiny to reach the pinnacle of her or his own evolutionary potential of enlightenment. From this possibility of enlightenment comes the principle of nonviolence: each life is sacred, and there is a universal responsibility to help create a nonviolent society.

The leaders of the Hong Kong actions are often university students and young professionals. They have cited Martin Luther King as the model for carefully orchestrated acts of civil disobedience and have called upon the United Nations to support their efforts for freely organized democratic elections. They hope that despite arrests and police brutality, at some point, nonviolent direct action, in courage and love, can trigger a reciprocal response in the opponent. Such action can fan the spark of human decency which, no matter how low it may burn in an individual for a time, cannot be extinguished completely or forever.

The goal of nonviolent action is not to repress or to defeat, but to convert, to allow the persons who are today the enemy to live according to the better part of human nature rather than by the violence and revenge which has been the dominant character of Chinese politics.

The future of a more liberal society is being set out these days not only for Hong Kong but for all of China. The Wheel of Time has reached the point of the start of the New Era, and it is time to arise and act.

René Wadlow is president and a U.N. representative (Geneva) of the Association of World Citizens and editor of Transnational Perspectives.

1) It is difficult to know how wide-spread the Kalachakra teachings are in China as it has always been used in closed esoteric circles. Traditionally in Tibet, it was taught only to certain highly trained lamas. An interpretation of value in English is V.A. Wallace. The Inner Kalachakratantra: A Buddhist Tantric View of the Individual (Oxford University Press, 2001)