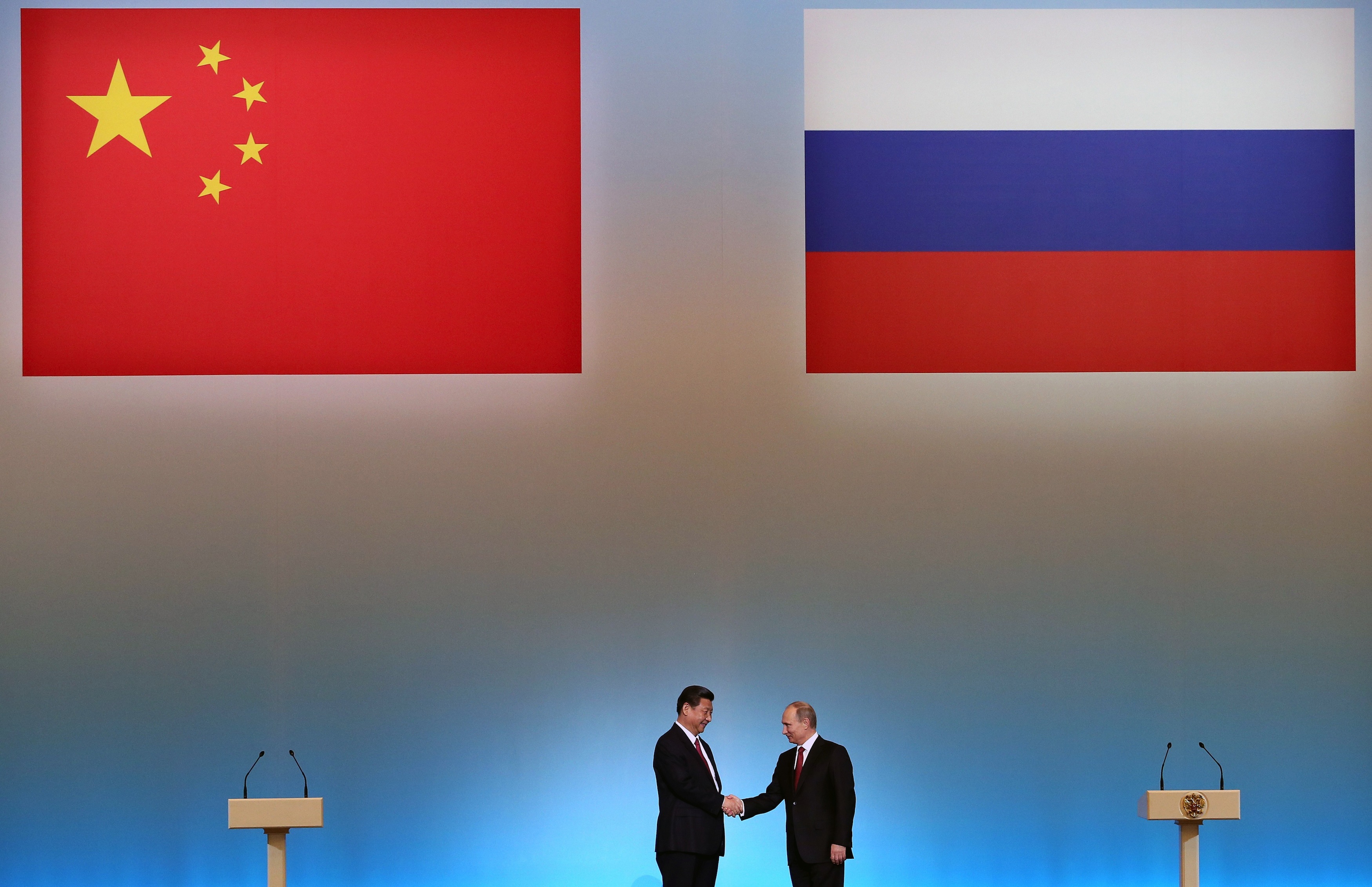 Any effort to contain Russian and China should accept that they will insist on their own regional interests and that none of us has anything to gain by recreating the Cold War.

In response to the suggestion that the West might consider a policy of restraint vis-a-vis Ukraine, Syria and Iraq, a reader asked if I was advocating just letting them “fight it out,” an approach that taken to an extreme would result in complete US isolationism. Would this approach extend to China as well, he asked.  This deserves a considered response.

With respect to Iraq and Syria, the question seems more practical than theoretical.  If the Western alliance countries had the will, resources, commitment and domestic political support to put large numbers of personnel on the ground and maintain them there for ten or twenty years to help keep the peace and achieve political and economic sustainability, then it might make sense to intervene.  But there is no evidence the US, EU and the regional powers are thus prepared.  As it is, with the increasingly violent fragmentation of the two countries along sectarian and ethnic lines, “limited” Western military involvement – i.e., aerial bombing – offers little hope of achieving peace.  Perhaps best to let Turkey, the Gulf States and Iran carry the weight of achieving some least objectionable outcome in their region.  The West might focus instead on preventing the conflict from spreading to Jordan and Lebanon.

China and Russia are different.  Both are nuclear powers – as Putin keeps reminding us in his case  – and both seek to re-assert themselves as regional powers.  Russia is responding to decades of EU/NATO expansion to its western borders by drawing the line at Ukraine.  (It also claims predominance along its southern border in the Caucasus and the -stans.)  China has been extending its claims in the South and East China Seas.  (Before the 19th century Western liquidation of the Chinese Empire, China was recognized regional power and wants it back again.)  Both countries also use the renewed nationalism to maintain domestic political support.

Russia’s and China’s assertiveness presents a foreign policy challenge to US global hegemony.  Thinking logically about this challenge might begin with asking two fundamental questions:  Should the US resist their rise?  If so, how and to what limits should they be contained?

First off, Washington might consider simply accepting that Russia and China are regional powers.  Neither represent fundamental challenges to the world free market system.  Both follow what Michael Ignatieff calls authoritarian capitalism rather than the old communist ideology seeking world domination.  China makes no global claims accept to economic resources and markets.  It has little interest in causing its largest debtor – the US – any near-term direct harm.  China’s assertion of regional power presents some issues for its neighbors but not necessarily to US global interests.  Russia presents no threat to US global interests at all.  In any case, there seems nothing, short of nuclear war, that the US could do to stop them enlarging their regional reach.

Obviously, however, the US cannot disregard the concerns of Moscow’s and Beijing’s neighbors.  As a global power, it is logical to assume Washington will seek to maintain the credibility of its relationships with those countries that have been given reason to look to it for support.  Also, and perhaps most in the case of Putin, it is not clear how far China or Russia seek to go.  Russia’s governing mafia’s use of nationalism to maintain popular support leaves them riding a tiger’s back.  Putin may seek to use economic pressure and KGB tricks to go beyond Ukraine and test Western resolve.  In the case of China, the West has considerable interest in preserving the security of Japan, South Korea and Taiwan, significant global economic partners.  This argues for efforts to place some limits on Russia and China, to contain them to some degree.

However, containment, as George Kennan understood, does not mean roll back.  Any effort to place limits on Russian and Chinese expansion must begin by considering carefully how they see their “natural” sphere of influence.  NATO did not do this in extending itself to the very borders of Russia.  But given that NATO did extend – and the US has obligations in East Asia – the question becomes how might the Western alliance make clear its limits short of war?

Often the first options considered by the Washington policy establishment – including US senators and NSC staff – revolve around the military.  Indeed, it would be tempting to respond to Putin’s adventurism by a little of our own.  Some have argued that any previous understanding between NATO and Russia on not placing NATO troops in the territory of eastern members has been made moot by Russia’s use of its troops in Ukraine.  NATO has troops sitting in Germany doing nothing much, why not move some of them to Poland, the Baltics and Romania?  NATO has already agreed to a quick reaction force with equipment and supplies to be forward based.  But what could NATO troops do when Russian agents slip across a border to play dirty tricks?  What could they do if Russia uses its gas supplies to Europe for political pressure?  Putting troops into the east without any clear mission might simply play to Putin’s narrative of NATO seeking to surround and humiliate Mother Russia.  Should Putin send troops into western Ukraine and thereby provoke a prolonged conflict, NATO might have little choice but to move troops to its eastern border.  But until then, the question is how to prevent Putin from going this far.

One approach might be to work within the UN Security Council to internationalize Ukraine and the China Seas.  Neither Russia or China are likely to accept this.  But still, the others of the Permanent Five could move in the UNSC and the General Assembly to force the issue to the fore.  Bringing the interests of the entire international community to play diplomatically may at least cause some embarrassment and hesitation.  (Granted, Putin has not seemed much embarrassed by the MH 17 shoot-down.)

This leaves sanctions and support to the neighboring states so that they are in a stronger position to resist aggression. Sanctions have no role with China and neither does the US show of force in the China Seas.  The latter would only move the Chinese – in their long game – to further develop their own navy.  They’d be unlikely to simply back down.  Political support to neighbors and continued provision of modern weapons for self-defense to Japan, South Korea and Taiwan, plus patient dialogue with Beijing, may be the only workable option.  Meet its long game with one of our own.

With Putin, containment may require further economic sanctions, credible moves to shift Europe away from reliance on Russian gas (the US might help here with its fracking bonus) and military support (equipment, training and perhaps intelligence) for Ukraine to present Russia with greater costs to continued military expansion into its territory.  But it may also be necessary to accept a political accommodation recognizing Russian interests in eastern Ukraine and in not having NATO move any further east.

Any effort to contain Russian and China should accept that they will insist on their own regional interests and that none of us has anything to gain by recreating the Cold War.

If you are interested in writing about conflict and conflict transformation in Kosovo, Ukraine, Syria and Iraq, then please do not hesitate to contact us by clicking here.