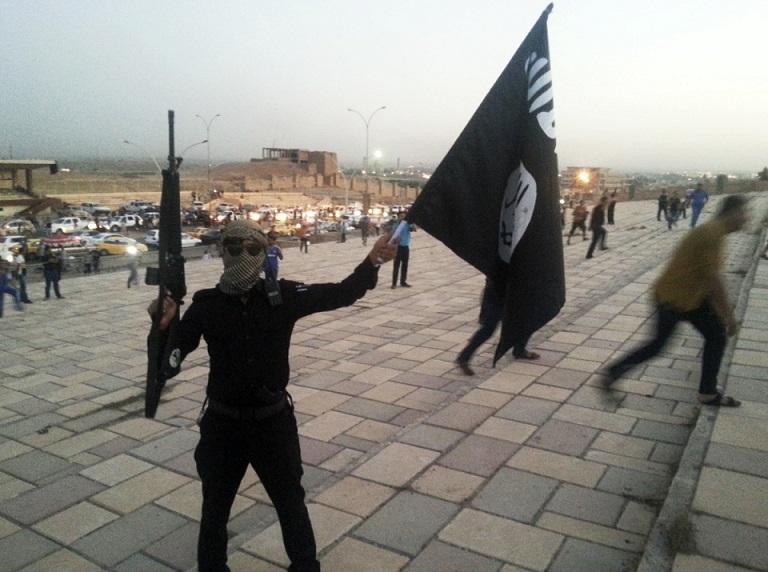 Leaving aside financial support from more fundamentalist elements within the various Gulf states, three factors have assisted the fast-paced recruitment of such a large army; namely, the Syrian civil war, total and pervasive inequality in Iraq, and the general plight of Muslims in these areas.

ISIS is certainly not the first political movement to have advocated mass violence and engaged such practice. This movement, turned quasi-state entity has gained significant ground geographically, and politically within circles of would-be recruits. Confronted with violent images of beheadings, it is certainly tempting to surrender to the madness of such violence and seeming religious zealotry. This post attempts to briefly address the process of how social actors become participants in mass violence, contextualized by this emergent, self-proclaimed Islamic caliphate.

As discussed in a previous posting the phenomena of genocide is probably more widespread and dynamic than popular discourse would have us believe. It is certainly possible, and even increasingly recognized that genocide may well have occurred against the Yazidi people. As reassuringly categorical as that sound a niggling question remains, especially to any keen to identify the next “terror” threat, how did this force that numbers in the thousands and covers a geography from Syria to Iraq come about and to what extent is this force genocidal?

When considering, albeit briefly, the history of ISIS one sees a crooked path to where the movement is current situated, both in terms of time and space. It is a mish mash of rejected jihadist movements from the turbulent civil war and internal fighting within the region. From the Nursa Front in Syria to the Islamic State in Iraq, there is a certainly a violent core, disowned by Syrian Sunni-based opposition to Bashar al-Assad and regional al-Qaeda forces. These “too-extreme” and politically out-of-sync groups were well-known for their violent implementation of Sharia law and seemingly ideological motivations. However, one must consider at least three factors when it comes to the fast-paced recruitment of such a large army- putting aside, of course, the millions of dollars of financial support that has flowed freely from more fundamentalist elements within the various Gulf states.

First, the Syrian civil war. This brutal and ongoing political, violent conflict has gifted its region one thing without discrimination: masses of refugees fleeing a state at war against and around civilians. In an international public display of total failure of Responsibility to Protect, Syrians have dispersed out into neighboring countries occupying refugee camps, they themselves are not safe from Assad’s forces. Second, the total and pervasive inequality in Iraq, a lasting legacy of the US-led invasion. Since the turning inside-out of the Iraqi security sector and civil society, many have been subject to long-term marginalisation. Baathists, a mostly political movement, were banned from Iraq and such out-grouping has since been woven into post-invasion politics. Third, the general plight of Muslims in these areas has drawn much attention internationally from a political-religious diaspora. Hundreds of Muslim Brits flocked to Syria to assist in aid work, and over time, and with exposure to massive brutality and degenerate warfare, became easy recruits for militarized opposition promising redemptive violence for such atrocities.

Consequently, ISIS’ thousands are drawn from the neighbouring region (former Baathists and even high ranking Iraqi army officers, marginalized Sunni Iraqis, Syrian opposition fighters and refugees, more fundamentalist elements from both Syria and Iraq), and internationally (North Africa, Europe, and the Middle East). Most rigorous studies of participation in violent, political conflict deploy an array of theories, conventionally centred around explanations of greed, grievance or opportunity. Interviews with ISIS participants reveal no less a surprising cocktail of motivation in a movement that has engaged in mass (redemptive) political violence against civilian populations. Residents in Mosul described ISIS fighters as two general types: the kind that liberate, and the kind with ‘religion and long beards’. Mosul observers added a further comment about participation,

‘Angry and frustrated at the way post-2003 Iraq has been run, it is clear that they above all feel the most acute sense of loss from the way Coalition forces removed Saddam from power.  Their lives are no longer secure, their hope for jobs in the government gone, and the only way to redress the imbalance might be for ISIS to take back Baghdad from the hated pro-Iranian government once and for all.’

Widespread oppression, perception of alienating political agenda, deprivation and inequality frame the taking up of arms for many in the Global South as the surest road to income security, power and respect. Iraq, and certainly Syria are no exception. This explanation does not excuse such action, but merely makes these attempts at social, economic and biological survival more down-to-earth.

How then do we arrive at the genocidal massacres and processes put into action by ISIS fighters against groups like the Yazidis? George Orwell speaks of the kind of brutalization of armed individuals, in positions of authority. As a colonial police officer Orwell, despised his commission as much as the people he was sent to police. His essays A Hanging and Shooting an Elephant describe in chilling and vivid terms the process of brutalization experienced by those armed with bullets and power. In A Hanging the procedure of execution is described through the eyes of colonial authority participants: banal and irritating, but necessary. The extinguishing of life is nothing more than a day job. This regressive feature of exposure to violence, structural and direct, creates an environment of normalization and permissiveness.

Christopher Browning, in Ordinary Men: Police Battalion 101 recreates the journey of politically moderate, middle-aged German men from Hamburg on the frontlines of genocide during WWII. From a social psychological perspective these men were presented with narrowing sets of choices within the context of war and necessary camaraderie, that, after months in the field, produced infamous Jew-hunters that forayed into the woods to seek out escapees and send them off for execution as part of Operation Reinhard.

Consider again the starting point of experiencing deprivation, inequality, total warfare, structural violence and even direct violence. Armed with such burdens and bullets, participation in mass violence, from the eyes of the would-be perpetrator, can be justified and, in some cases, considered necessary. Syrians experiencing brutality in refugee camps, under dictatorship, or in combat, and Iraqis experiencing recent invasion, jarring social restructuring, civil war, marginalisation, structural violence and inequality do no doubt exemplify this pattern of participation. ISIS, genocidal or not, is a sure product of mass instability and violence in a region currently without hope for peace. Describing ISIS as genocidal, may not therefore be the point, more so that there are processes and situational dynamics at hand that are very likely to create such a level of destructive action within the political vacuums of both Syria and Iraq.

Is it not surprising, then, that ISIS is currently formed of so many looking for hope in a broken political and socio-economic environment, motivated by the range of desperation, necessity, opportunity or politics and religion?

Chris Davey is a PhD researcher in Peace Studies at the University of Bradford this September. He previously received a Masters at Kingston University in Human Rights and Genocide Studies, and has taught in the Peace and Justice Studies Program at Utah Valley University. He currently researches mass violence and identity in the Great Lakes region.

If you are interested in writing about conflict and conflict transformation in Syria and Iraq, then please do not hesitate to contact us by clicking here.