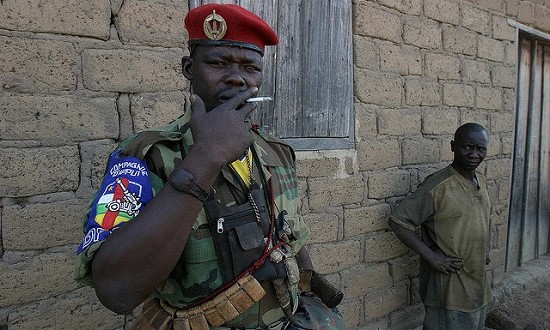 With a national process of reconciliation getting to its feet in the Central African Republic, there is a chance for different sides in CAR’s decade-long conflict to be brought to the negotiating table. However, rival political factions and deep divisions mean that parallel negotiations are undermining the prospect of peace.

Ending the violence which has affected the Central African Republic will be a huge task. All the groups in the conflict must be at the table in order for this to happen. In the meantime, groups and individuals are still at risk, as a recent spate of kidnappings of government officials and aid workers underlines.

Towards this end, work is underway in preparation for a National Forum for Reconciliation next month. It needs greater attention. In the past few weeks, consultations have taken place throughout the country between representatives of Catherine Samba-Panza’s interim government and local populations, on what the future of the country should look like.

The reaction to these meetings has been diverse, a reflection of the political divisions and factions throughout the region. These reactions also represent the internal divides within the groups still fighting: the ex-Séléka and anti-Balaka militias. Each side claims to be entering the political process by creating political parties and putting down their arms. However, the current situation reveals an unwieldy context with numerous, uncontrolled splinter groups.

The conflict that began in 2013, after the attack on Bangui by Djotodia and his Séléka supporters, had led to reprisals by mostly Christian anti-Balaka militia. To date, according to the Armed Conflict Location and Event Data project, which provides some of the most accurate data on conflict zones, both factions have perpetrated similar degrees of violence. Most of the victims are civilians.

However, specific populations have been targeted in recent violence, to such a degree that a UN commission of inquiry described the violence perpetrated against the Muslim population as ethnic cleansing, warning that “the principal actors clearly retain a significant capacity to reignite the situation and trigger a renewed cycle of killings.” In December 2014, Human Rights Watch called on the international community to focus on the plight of northern Muslims, specifically the Fulani of Yaloké. Sectarian violence has been turned into ethno-religious conflict. The death estimates for the last year of the conflict range from 3,000 to 6,000, and are probably underestimated.

As consultations for the reconciliation forum due to take centre stage in February take place, the situation remains highly volatile. Local perceptions of the forum reflect worries that not everyone is being brought to the table. Particularly in the North, the ex-Séléka remain distant and cautious of what is happening in the capital. Consultation in CAR: the Forum for National Reconciliation

The initial meetings organised by the Forum for National Reconciliation are intended to bring together government workers, civil servants and local populations in CAR. So far, the initial consultations have taken place smoothly in the capital Bangui and its environs. In regions controlled by the ex-Séléka, however – a group which does not recognise Samba-Panza’s interim government – the coordination process for the forum has been impeded. In Bambari, demonstrators blocked a group of government facilitators who had come to meet local representatives. Facilitators have also been stopped in other parts of the North controlled by the ex-Séléka.

Furthermore, with continued violence against the Muslim population and the de facto political dominance of the anti-Balaka—because of the non-involvement of the ex-Séléka in Bangui politics—Muslims fear that their voices will not be heard.

On January 23, a group of Muslims demonstrated in the streets of Bangui, finishing at the Headquarters of the UN Mission in Central African Republic (MINUSCA) to raise awareness about their plight. The feeling of marginalisation and the refusal by some groups to take part in conflict resolution and the reconciliation process complicates the quest for peace.

Since 2013, nearly 25 per cent of CAR’s population has been internally displaced, and hundreds of thousands of people are in need of humanitarian assistance, according to the UNHCR. The food security crisis is worse than ever. The French military mission to CAR is scaling down, withdrawing more than a thousand troops.

While local peacebuilding solutions are necessary for long-term stability in CAR, the international community must not continue to turn a blind eye on the conflict. Supporters of the ex-Séléka leader Michael Djotodia and ex-Balaka leader General François Bozizé have been negotiating a separate peace deal in Nairobi, without the involvement of the interim government, which has rejected the agreement.

Many would nonetheless like to see elements of the Nairobi agreement reflected in next month’s forum. National divisions and the splintering of actions remain a crux of instability in CAR.

Next month’s forum and this year’s elections will strongly influence the peace process in CAR. The world should take note.