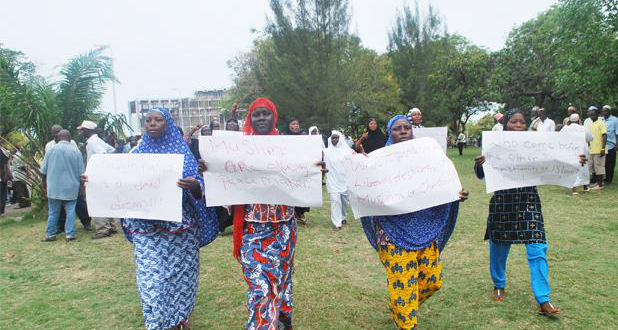 Students Against Destructive Actions and Decisions (SADAD) Liberia, a member of the Global Coalition for Conflict Transformation, has begun soliciting community views on the constitutional review process of the Republic of Liberia and the possible national referendum.

Liberia has entered a new era of peace and democracy after years of military rule, political instability and civil unrest. It is now time to come together to strengthen the nation and decide how the state should be governed.

Some time ago, a presidentially-appointed committee (Constitution Review Committee, the CRC) was established and tasked with organizing, leading and managing a review of the 1986 constitution. The mission has been accomplished. The committee, through its Chairperson, has presented report from the review process to the president of the Republic of Liberia.

Before and even after the presentation of the report to the president, attention was drawn to one of the propositions coming from the constitution review process – proposition 24, the call for Liberia to be declared a “Christian State”.

As tension continues from the Central Liberia Capitol of Gbarnga in Bong County to the grounds of the Capitol Building on the bypass, several reaction were generated from the public through radio programs, print and social media, especially in May and June 2015.

In Liberia, the two most dominant religions are Islam and Christianity. The present constitution of Liberia does not indicate any particular religion as a state religion and that has continued for so long. Why now, many pondered.

The president rejected the proposition.

Like culture and ethnicity, religion is one of the basic agents of socialization that quickly attracts people attentions because it has to do with faith and belief. Experience shows that most conflict situations in Africa take the face of either religions or ethnicity. Is this the actual case?
On May 20, 2015, a local daily in Monrovia published, “Christian State ‘a Threat to Muslim Existence’”. Several other publications were made through different outlets. Many are still wondering what the referendum will be like.

Based on these backgrounds, the Students Against Destructive Actions and Decisions (SADAD) Liberia has begun soliciting community views on the review process and a possible referendum.

What does the SADAD community response dialogue want to know?

Haje L. Paasewe is National Program Officer and Acting Executive Director of Students Against Destructive Actions and Decisions (SADAD) Liberia, a youth and students transformation group established in 2008. SADAD is a member of the Global Coalition for Conflict Transformation.